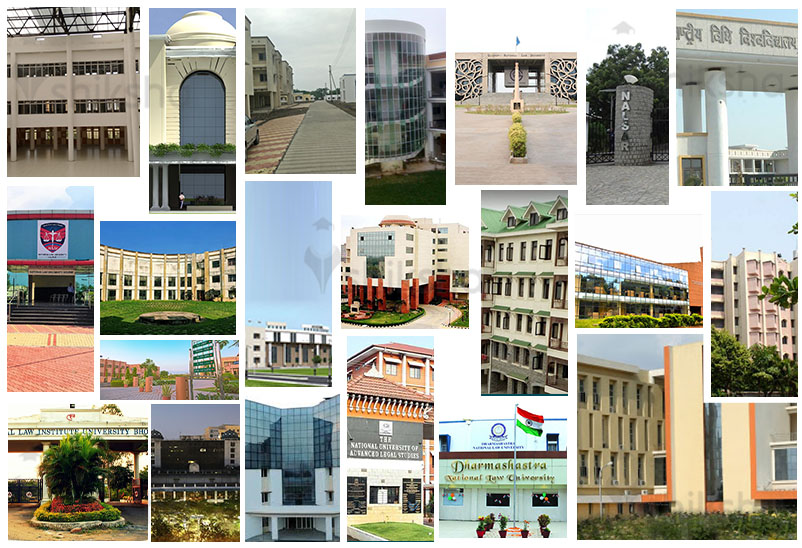 Scrutinizing the problem of abysmal Muslim representation at National Law Universities: a question of diversity and inclusion

The under-representation of Muslims in National Law Universities in India is not only a concern on diversity parameters, but is also detrimental to the few Muslim students who do enroll in law schools. There is need for support from the government and the public in correcting this issue, writes SYED MOHD WAQUAR.

ZAINAB (name changed), a student from a small city in Uttar Pradesh, had been preparing for the Common Law Admission Test (CLAT) as part of a program that trains students from underprivileged backgrounds for law school entrance exams, free of cost. She was my junior at the program, and often cleared her preparation doubts with me. Seeing her hard work and performance in mock tests, I was sure that she would get into a premier law college.

My heart sank when one day she told me about her decision to not take the CLAT exam since the application fee, priced at Rs 4,000, was too high for her to afford. Even if she did clear the CLAT, she wouldn’t have been able to afford the high fee of National Law Universities (NLUs). Zainab is now preparing for other more affordable universities.

There are thousands of similar stories. Some don’t take admission after clearing the exam, and others give up at the phase of filling of forms.

India strives to be a diverse and inclusive country. Unfortunately, this diversity is not seen at premier institutions and workspaces.

Under-representation of Muslims in Higher education is a well-known fact. The All Indian Survey on Higher Education (AISHE) 2019-20 claims that Muslims form just 5.5% of the total students enrolled in higher education, which is better than what the figure was a decade ago. In comparison, social groups such as Scheduled Castes (SC) and Scheduled Tribes (ST), which are considered to be most socially disadvantaged groups, form 14.7% & 5.6%, respectively, of the total enrolled students.

When it comes to NLUs, the representation of Muslims is even worse – and frankly, a cause for concern on diversity parameters. This fact has been highlighted through various diversity surveys conducted across law schools over several years.

A diversity survey conducted by the non-profit organization IDIA at five leading NLUS in India in 2018-19 shows that although Muslims comprise 14% of the population of India, their enrollment at law schools remains at a measly 3.88%.

This figure has improved since 2016-2017, when the percentage was as low as 1.51%. “The increase seen this year could well be a random occurrence and requires close attention to be paid in the years to come,” according to the survey report. In comparison, the survey found that 13.79% and 7.18% of the total students took admissions under SC and ST categories, respectively.

Further, a diversity survey by National Law School of India University (NLSIU) of 2015 reveals that there were only 3 Muslim students among 389 surveyed students of NLSIU, the top-ranked and oldest NLU of the country, forming less than 1% of the university population. Other religious minorities like Jains, who comprise about 0.5% of the population, are quite well-represented, constituting more than 5% of the NLSIU student population.

The NLSIU survey also brings to light the fact that Muslims form just 2.75% of all CLAT aspirants. This could be explained by the fact that CLAT’s application form is priced exorbitantly in comparison to other national-level exams like JEE or NEET.

Additionally, 85% of students in NLUs were found to have taken coaching, according to the NLSIU survey. It is well-known that the average coaching fee lies anywhere between 1-2 lakh rupees.

The relation between the high application fee, high coaching fee and lower representation of one group can be understood in relation to a survey conducted by the National Sample Survey Office (NSSO), which shows that Muslims are the poorest among all religious groups.

This under-representation not only hampers the diversity of the institution but also affects Muslim students’ mental health and academic success.

Certainly, Islamophobia is at an all-time high and the experience of it can be exceedingly alienating when there are too few Muslim students in a batch of 120-130 students. It causes anxiety, depression, and sometimes even suicidal thoughts, especially amongst underprivileged students coming from provincial towns, who may feel overwhelmed by the various kinds of exposure at NLUs.

The sense of being the subject of subtle jokes, suspicion and Islamophobia exacerbates the ‘small town student at NLU’ alienation. There is also a correlation between one’s sense of general inclusion in the institution and its community, and success in extra-curricular activities.

Also read: Even 100 years after the advent of democracy, equality and rights elude minorities all over the world

In this regard, it is pertinent to refer to the NUJS Diversity Report 2019, which is by far the most comprehensive diversity survey conducted at any of the NLUs. The report states that 18.6% of the 544 surveyed students at the National University of Juridical Sciences have published researched papers, while there was only 1 Muslim student (out of the 15 students who identified as Muslim) who had published a research paper.

There is no Muslim membership in the NUJS Law Review (out of a total membership of 54) and only one in the Journal of Indian Law and Society (out of 39). With respect to participation in moot courts, which is a simulated court experience conducted at law schools, among all religious groups, Muslims had the least participation rate.

“Respondents who followed Islam and ‘Others’ are the only two religions to have a majority of respondents who have never mooted,” the survey claimed.

In respect to membership of the Student Juridical Association (SJA), the university’s student body, 46.7% of Muslims were not part of any SJA society, while the overall figure was a much lower 34%.

The NUJS report also claimed that more than 53% of Muslims and 55% of atheists say there is a religious bias in the celebration of festivals in NUJS. These numbers are limited to NUJS, but it would not be wrong to assume similar structural bias in other NLUs as well.

As stated above, the NSSO survey tells us that Muslims have the lowest expenditure per capita among all other religious groups. The fees of National Law Schools ranges from 12-15 lakhs for five years. Another IDIA report says that an additional average of Rs. 5 lakhs annually is required as a base amount towards an NLU student’s additional expenses.

The exorbitantly high fees at NLUs therefore becomes a barrier for underprivileged Muslims, as there is little or no scholarship for minorities studying in law school, further leading to a problem of representation at NLUs.

It is also important to note that the few Muslims at NLUs mostly come from affluent backgrounds, with Muslims from underprivileged backgrounds forming a negligible part of the student population.

Like all other social groups, Muslims too have social stratification based on caste, class, and sect, among other things. This social stratification leads to the participation of only a minuscule minority of affluent Muslims, and the majority of those belonging to lower class and caste remain in absentia in these institutions.

Hence, institutes like Jamia Millia Islamia (JMI), Jamia Hamdard, and Aligarh Muslim University become a ray of hope for the majority of Muslim students. While the average annual income of Muslims found in the NUJS survey was 13 lacs, the Jamia diversity survey conducted among the students of law at JMI brought out that 49.8% of the students’ annual income was less than six lakh rupees.

This points to the dire need for minority scholarships for top law school students in the way that it is available at other public universities. The situation needs to be urgently corrected in order to open up access to NLUs.

Although a few NGOs like Access to Legal Education for Muslims (ALEM) are working for the betterment of Muslim representation and success in law schools, there is a broader need for support from the Indian government and the public.

Moreover, the application fee for CLAT must be reduced, at least for those who come from an indigent background, so that no one is left behind from giving the exam itself. While there exist structural reasons for these problems that require structural solutions, steps such as scholarships, and mentorships are urgently required.

Sensitization of the faculty and students from other communities in law schools should be the next step in making these institutions more inclusive and friendly for students from all religious and social backgrounds.

Students need to be educated about the harmful effects of making Islamophobic and stereotypical jokes. It not only hampers the lives of Muslim students at law schools, but also takes an emotional toll on them.

There is also a broader need for mentorship for Muslim students in law schools so that they can perform well in their academics as well as in extra-curricular activities.

The under-representation of Muslims in higher education needs to be seen as an issue for the nation, rather than one faced by the Muslim community alone. Numerically, Muslims form 1/6th of the nation, and it would be foolish to think that India can prosper by leaving out such a vast percentage of the population.

While discussing the representation of Muslims, diversity within the community must be considered so that any scheme designed for their upliftment doesn’t reach only a tiny affluent minority, but the larger group.

My heart goes out to all the Muslim students who are subjected to alienation, Islamophobic jokes and slurs, and discrimination, and are yet making their mark in premier institutions.

I would like to conclude with the poet Allama Sir Muhammad Iqbal’s famous couplet: