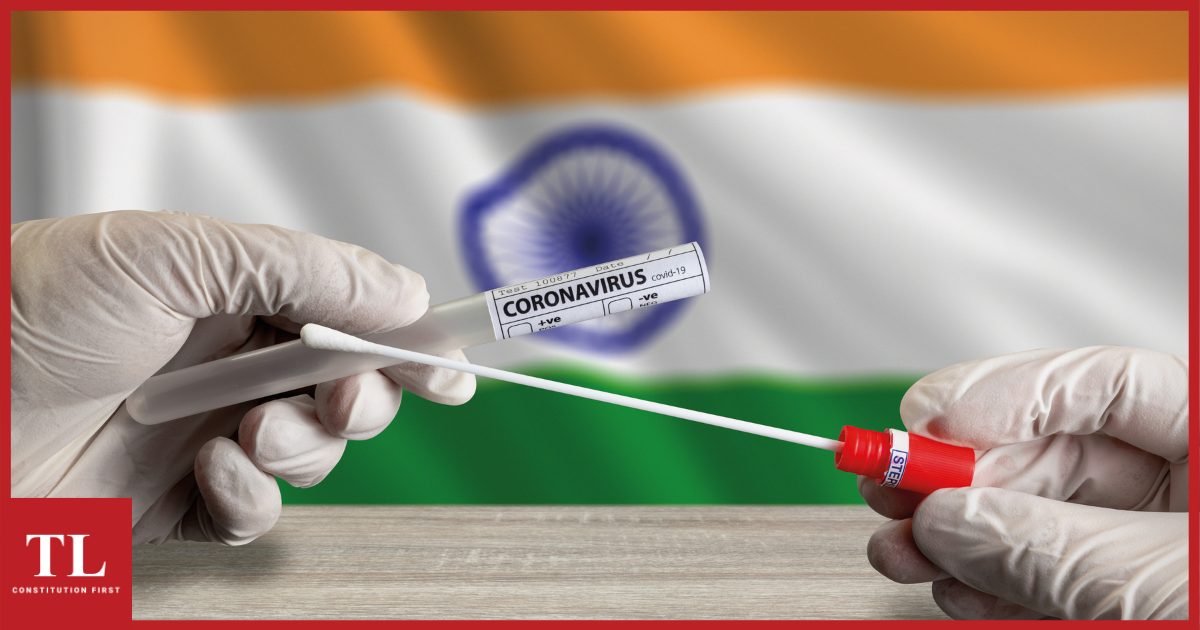 Scientists Warn: India’s Second Wave is Much Worse than the First

India’s second wave is spreading faster and registering an even steeper rise than the first wave of Covid-19. The new daily case count is nearly 2,00,000 per day and already twice the first wave peak. It is still rising, doubling every 12-14 days. India is now the country with the highest number of daily cases, more than twice that of the United States and Brazil. Though some states have been hit harder—for example, Maharashtra has about 40% of India’s total cases—we can see from the chart above that the numbers are rising rapidly in most states. Unlike the first wave, the cases are currently much more widespread. The states with high infections are showing signs of being overwhelmed: hospitals are running out of beds, oxygen and medicines. This is a portent of what is to come in other states if we do not prepare now.

After the first wave started declining, the BJP-NDA central government patted itself on the back, and predicted—based on a so-called DST super model that the pandemic would be over in India by February, and lowered its guard. This is why we have millions of people in religious events and public rallies with very little evidence of either social distancing or the use of masks by even the leaders. For the central government to turn around and blame the people and the states for not maintaining social distancing and wearing masks is hypocritical.

As the AIPSN statement on the second wave says, “This serves only to enable the Centre to evade responsibility for the present situation and give itself an excuse for future inaction or failure. Learning from the first wave, it is important that measures are taken through a partnership between the Centre and States, with the Centre providing evidence-based guidelines and financial as well as other assistance, with the Centre not making efforts to shift blame to States while withholding essential supplies and co-operation on many fronts.”

Instead of indulging in a futile blame game, the Centre must work with the states to provide equipment, medicines, oxygen and other vital supplies that states urgently need. Lest the Centre forgets, it has arrogated to itself all the powers under the Disaster Management Act. With this power also comes the responsibility of managing the pandemic.

Statistical models such as the standard SEIR models—Susceptible, Exposed, Infected, Recovered—make assumptions to simplify calculations that are simply not valid for actual epidemics. They give us, at best, a worst-case scenario for the short run and an understanding of the dynamics of the problem for preventative action. The actual spread of the epidemic depends on several factors, such as how people are connected, population densities, and of course the transmissibility of the disease. Typically, an epidemic spreads through groups and pockets, burns itself out among the connected population while smouldering in another pocket, then flares up again. This is why testing, contact tracing and quarantining those infected is the key to break the spread of the disease.

In this phase of the disease, we are seeing two things: one, the spread of infections is faster than in the earlier wave; and there are cases of re-infection as well. There is speculation that the new virus variants which may be “more infectious, or deadlier, or even provide a ‘vaccine escape’, are responsible for the second wave”. As the AIPSN statement points out, “Limited gene sequencing so far has thrown up concerning data regarding possible extensive presence of the UK variant (B.1.117) and the Indian double-variant lineage (B.1.617). However, insufficient information is available to draw any firm conclusions about the impact of these variants. Significantly expanded gene sequencing across the country, and correlating findings with epidemiological data, is necessary to obtain a better understanding of the dangers posed and to work out containment and mitigation strategies addressing these variants.”

Herd immunity can be achieved only with vaccination. But once it is spreading at the rate it is now, the only way to address the spread is through increased testing, contact tracing and surveillance. Here, India’s Achilles heel appears to be contact tracing, with most states relying on people to get tested and quarantine themselves. As the AIPSN statement says, “Contact tracing needs to be strengthened significantly now. Decentralized evidence-based approaches with community participation would be most effective” instead of the top-down, centralised and Arogya Setu app-driven approach.

Given the speed at which the numbers are growing in the second wave, vaccination will not be immediately effective. Unfortunately, the central government, in the belief that the pandemic was over, did not move to rapidly increase vaccine production and also expedite emergency use authorisation, except Covaxin.

India has one of the largest vaccine manufacturing capacity in the world, with about 20 manufacturers who could produce vaccines. Instead of proactively engaging with the vaccine manufacturers, the central government was convinced that Big Capital and the markets would deliver vaccines without the government having to do anything. It even volunteered to be the Quad’s vaccine supply arm, competing with China to supply vaccines to most of Africa, Asia and Latin America, who are not receiving the vaccines from the rich countries. Now that the second wave has struck, the government has stopped or severely curtailed exports and is trying to increase vaccination within the country.

Unfortunately, vaccine production cannot be ramped up in a day. It takes at least 3-6 months before a vaccine supply chain and production facilities can be created. Also, most companies do not have the kind of capital required to build the sort of facilities required to produce large quantities. They required bank loans, support in building supply chains, and some guaranteed off-take.

Serum Institute of India and Bharat Biotech, the only two supplying vaccines, have asked for financial support to ramp up production. Serum Institute has said it can increase production to 200 million doses a month from its current 60 million if it gets government support. Given that our economy is set to take a big hit this year again due to the new wave, it beggars belief that we have money to bail out Big Capital, and other vanity expenditures like Motera Stadium, but not for essential vaccines even during a pandemic.

The long delay in giving Emergency Use authorisation to Sputnik V is also inexplicable. It is being used in 35 countries. Five manufacturers in India with a combined capacity of 850 million doses have signed an agreement to manufacture Sputnik V. They could have started manufacture by now if emergency use authorisation was granted earlier and some market guarantees given.

The other route to ramp up vaccine production would have been to license the ICMR-National Institute of Virology vaccine not just to Bharat Biotech, but to other Indian manufacturers as well. The government of India cannot ask to relax Intellectual Property Rights on global platforms while restricting it at home. The government has also failed to rope in existing public sector units such as Haffkine Bio-Pharmaceutical Corporation Limited to produce vaccines.

Finally, the AIPSN statement brings out the dangers of vaccine nationalism. It notes, “It is precisely this kind of vaccine nationalism and related crass commercialism practiced by the US which is one of the major factors preventing Serum Institute, Biological E (licensed to manufacture the Johnson & Johnson vaccine in India) and other vaccine manufacturers in India to scale up production. These manufacturers depend on various raw materials and intermediates such as specialized bags, filters, cell culture media, single-use tubing and special chemicals from the US, which has imposed an export ban on all vaccine-related materials under its Defence Production Act. If India were to similarly restrict exports, it would have no moral authority to demand opening up of exports by the US or others.”