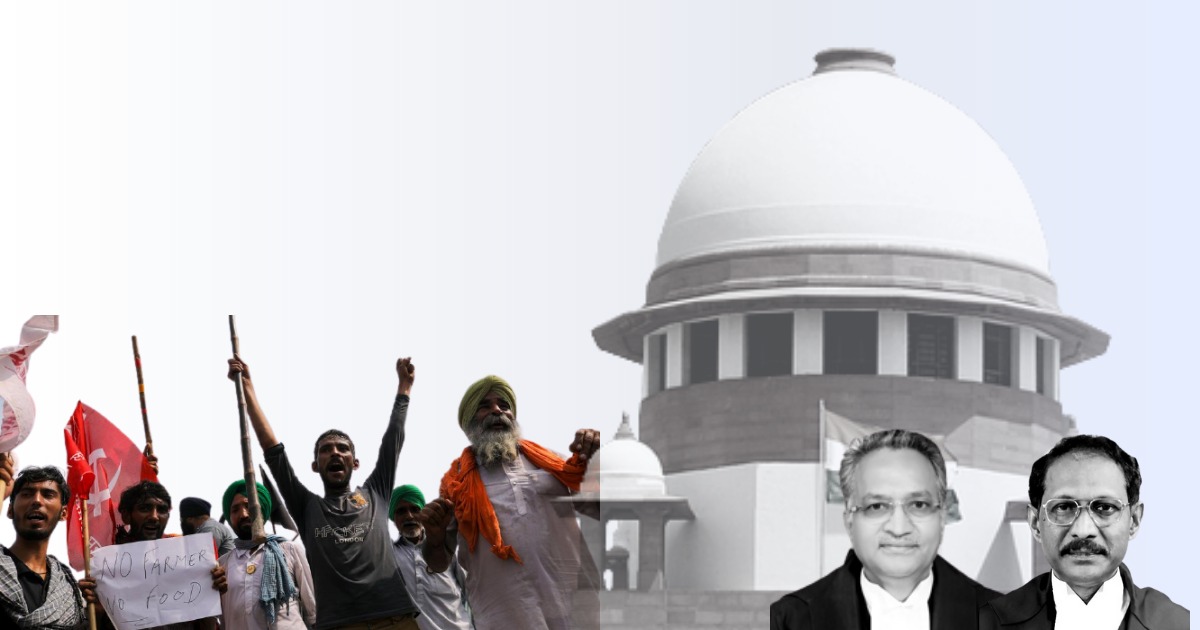 THE Supreme Court Monday said it would decide whether petitioners challenging the newly enacted farm laws in the Supreme Court still have the right to protest the laws.

A division bench of Justices A.M. Khanwilkar and C.T. Ravikumar sought the Centre’s reply to this issue and fixed the matter for hearing on October 21.

The bench was hearing a petition filed by the Kisan Mahapanchayat seeking permission to protest at Jantar Mantar.

SC to examine whether the right to protest is an absolute right and the petitioners, having already invoked a legal remedy before the Court, can still resort to protest in respect of the subject matter, which is sub-judice.#FarmersProtest pic.twitter.com/9BJje3YdUd

At the outset, the bench observed that the three farm laws had already been stayed by the Supreme Court.

“There is nothing to be implemented. What are the farmers protesting about? No one other than the court can decide the validity of the farm laws. When that is so, and when farmers are in court challenging the laws, why protest on the street?”, the Court asked.

The bench added that the challenge to the validity of the laws and the protest on the street could not go together.

The Court also ordered the transfer of the petition filed by the Kisan Mahapanchayat in the Rajasthan High Court to itself.

On the Attorney General’s reference to the incidents at Lakhimpur Kheri that led to the death of farmers and others yesterday, the court said, “Nobody takes any responsibility when loss of lives and properties take place.”

Also Read: Farm Laws Will Drive Farmers into Debt and Poverty in the Years to Come

A Supreme Court bench headed by the then Chief Justice of India S.A. Bobde had in January stayed the implementation of the three farm laws until further orders. It had also formed a committee for the purpose of listening to the grievances of the farmers relating to the laws and the views of the Government, and to make recommendations in that regard.

The bench had also clarified that the Court would not interfere with the protest. “Indeed the right to protest is part of a fundamental right and can as a matter of fact, be exercised subject to public order. There can certainly be no impediment in the exercise of such rights as long as it is non-violent and does not result in damage to the life and properties of other citizens and is in accordance with law”, it had said

Thousands of farmers, largely from Punjab, Haryana and nearby areas, have been demanding the repeal of the three new laws: the Farmers (Empowerment & Protection) Agreement of Price Assurance & Farm Services Act 2020, the Farmers Produce Trade & Commerce (Promotion & Facilitation) Act, and the Essential Commodities Act, pertaining to agriculture. They have been sitting in protest at the national capital for the last one year.