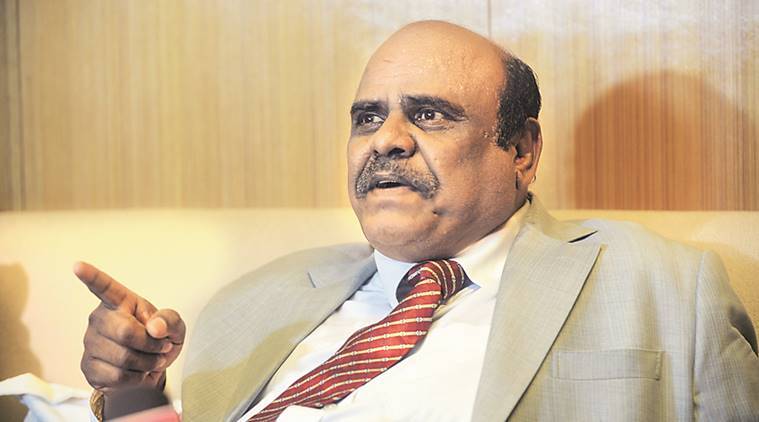 THE Supreme Court on Monday adjourned a plea by Delhi Tamil Advocates Association seeking action against a former judge of the Madras High Court C S Karnan for his remarks threatening sexual assault against the wives of former and sitting judges of the apex court, and one of its former woman judge.

A three-judge bench led by Justice AM Khanwilker said that it was “unfortunate” that a former high court judge forcibly tried to enter the residence of retired apex court judge R Banumathi in Chennai. The bench which also comprised Justices Dinesh Maheshwari and Sanjiv Khanna asked the petitioner to file representation and complaints before the appropriate authority under law for action against the concerned judge and removal of the objectionable video from internet. The court adjourned the hearing by three weeks.

Senior Advocate CA Sundaram, however, sought time to amend the petition to include certain provisions of the Information Technology Act 2000 which the Court granted.

Justice Karnan is a former judge of Madras High Court. He was transferred to Kolkatta High Court after allegations of corruption against him arose in the public domain. Justice Karnan however passed a stay order on his transfer. He alleged caste discriminations by fellow judges and issued an arrest warrant against Supreme Court judges. In May 2017, he became the first sitting judge to be convicted of contempt of court and spent six months in jail for the same.

Women lawyers of Chennai Bar have also written to the Chief Justice of India demanding swift action against Justice Karnan for his misogynistic comments. In the video, Justice Karnan also alleges sexual assault of female court staff members by judges of Supreme Court and High Court. In doing so, he names them along with their designation leaving no doubt about their identities and thus violates the law that bars revelations of victim identities.

Advocate S Devika, one of the signatories to the letter, has reported the video to Youtube and also filed a complaint with the Cyber Crime Cell, who are few of the appropriate authorities in this case. The next action by the court and appropriate in the matter remains to be seen.