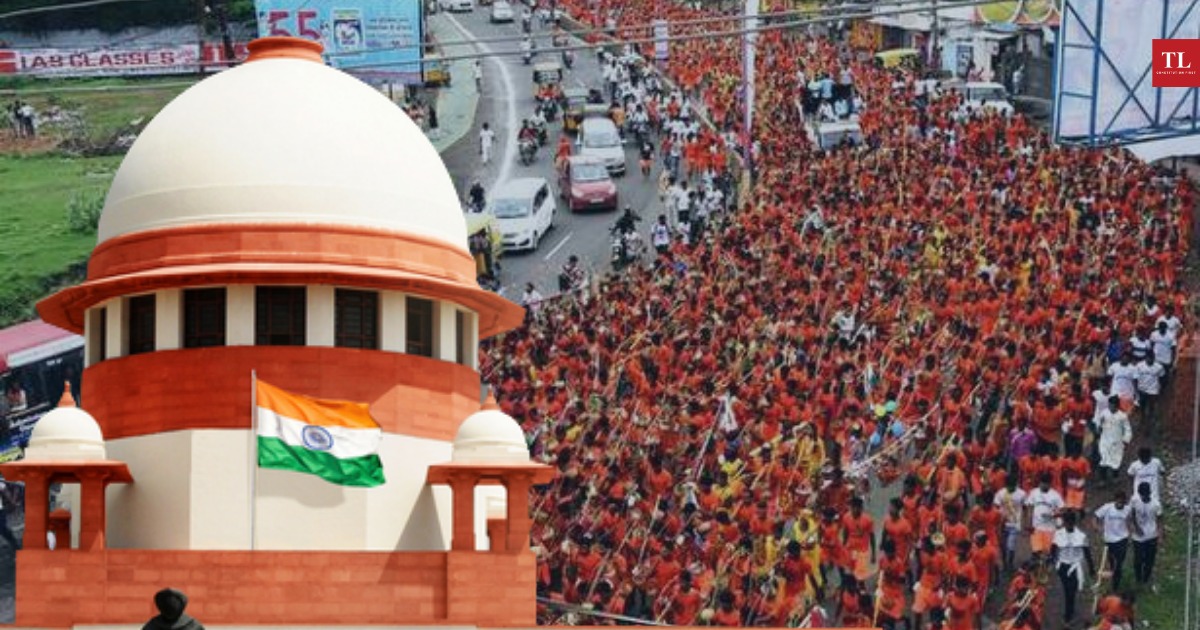 THE Supreme Court Wednesday took suo motu cognisance of the decision of the Uttar Pradesh government to allow the annual Kanwar Yatra amidst the COVID-19 pandemic.

A bench of Justices Rohinton Fali Nariman and BR Gavai issued notice to the Centre, the UP government and the Uttarakhand government. The bench will hear the matter on Friday.

The bench said it was a little disturbed given today’s headline in the “Indian Express”  about the ‘Kanwar Yatra’, which is likely to be held from July 27.

It said the headline just above this spoke of the Prime Minister’s statement when he met the North-Eastern Chief Ministers that it’s upto us, the citizens, to stop the third wave of Covid-19 and that we cannot compromise “even a bit”.

“Given the disparate political voices, all speaking at the same time, it is important that the relevant Secretary, Union of India, respond to this news report”, the court said.

Yesterday the Uttrakhand government decided to call off the proposed Yatra which was scheduled from July 25.