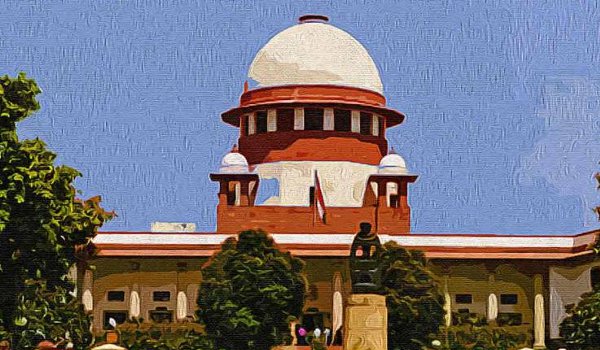 THE Supreme Court on Wednesday stayed all the proceedings against HW News Network, its Associate Editor Arti Ghargi and two journalists Samridhi Sakunia and Swarna Jha pursuant to two First Information Reports (FIRs) lodged by the Tripura police for their reporting of the communal violence that broke out in the state in October this year.

A bench of Justices D.Y. Chandrachud, Surya Kant and Vikram Nath also sent notice to the state government asking it to show cause as to why the FIRs should not be quashed. The state government has been asked to respond within four weeks.

Senior Advocate Siddharth Luthra, on behalf of the petitioners, submitted to the bench: “The difficulty they faced is they report the news and an FIR is registered and then in the second one (FIR) you say the report is wrong …”.  The bench, however, didn’t need to be persuaded further as it realised that the petitioners merited interim relief in the form of stay of proceedings.

On November 11, Sakunia and Jha had reported on the religious place of worship that was torched in Tripura’s Gomati district. On November 13, they moved to Dharamnagar to report on the alleged targeting of another mosque and properties owned by minority religious communities in the Panisagar subdivision – the region hit by violence as a result of a right-wing activist rally on October 26.

The plea alleges that on November 13, at around 8:30 p.m. police sought transportation details of Sakunia and Jha. Police arrived at the hotel they were staying at at around 10:30 p.m. without any warrant. This followed a complaint lodged by one Kanchan Das, who alleged that Sakunia and Jha “delivered instigating speech against Hindus and Tripura Government” while visiting the houses of Muslims. Later an FIR bearing no. 39 of 2021 was filed against the duo under Sections 120B (Punishment of criminal conspiracy), 153A (Promoting enmity between different groups on ground of religion, race, place of birth, residence, language, etc., and doing acts prejudicial to maintenance of harmony), and 504 (Intentional insult with intention to provoke breach of the peace) of the Indian Penal Code (IPC). In this FIR, the police served them with a notice under Section 41A of the Criminal Procedure Code on November 14 and asked them to appear within seven days before the police, which the petitioners complied with.

The journalists were called again on December 2 for interrogation. However, when Sakunia and Jha were on their way back to Delhi, they were detained by police on the pretext of yet another FIR, this time, being FIR No. 82 dated November 14 under Sections 153A, 153B (Imputations, assertions prejudicial to national integration), 193 (Punishment for false evidence), 204 (Destruction of document to prevent its production as evidence), 120B and 504 of the IPC.  The police detained them at the police station and arrested them on the following day, and seized their laptops and mobile phones. On the same day, a court in Tripura ordered their release on bail.

In their plea, the petitioners have alleged that they are being harassed and intimidated by the police in the name of investigation. They state that on November 16, the first interrogation took place at the Kakaraban police station between 2.15 pm to 9:30 pm with no video recording and under an intimidating atmosphere. Two days later, on November 18, they were called for further interrogation at the Fatikroy police station.

On November 19, they allege, the police again called them for interrogation with threats of clamping charges under the stringent anti-terrorist law, the Unlawful Activities (Prevention) Act (UAPA) (which has been rampantly misused against journalists of late), and kept calling them as rioters, conspirators, and political agents.

The plea alleges that Ghargi was intimidated by the police and her request to give her time till November 28 to appear before the latter was turned down by the police. She was again called for interrogation on November 26.

The present case is the third litigation before the Supreme Court arising from the communal violence in Tripura. Earlier, the Supreme Court issued notice to the Tripura police on a petition filed by three persons, accused by state police under the stringent UAPA, seeking to quash an FIR against them for their tweets and comments on social media on the recent violence in Tripura targeting minorities. A special bench of Chief Justice of India (CJI) N.V. Ramana and Justices D.Y. Chandrachud and Surya Kant had directed that no coercive action would be taken against the accused persons in the meantime. In another case, the Supreme Court agreed to hear a public interest litigation (PIL) seeking an independent and impartial investigation by a Special Investigation Team (SIT) into the recent incidents of violence against the Muslim community in Tripura.

On October 26, a protest rally was organized by the Vishwa Hindu Parishad in the Panisagar subdivision of the North Tripura District. The protest rally was organized against the attack on Durga Puja pandals and Hindu temples in Bangladesh. During the protest march, communal clashes broke out. There have been allegations and counter-allegations even as multiple FIRs were lodged in the matter.

The Tripura High Court on October 29 took suo motu cognisance of the violence and directed the state government to submit a report to it of the preventive measures the authorities had taken so far to end the violence.

It called upon all political parties to participate fully in the peace process so that the confidence of the people of the state could be restored, and the underlying strife that exists could be suitably dealt with.

It appears that the state police is using the High Court’s direction to it as an excuse to curb the professional rights of journalists and the civil liberties of social media users.