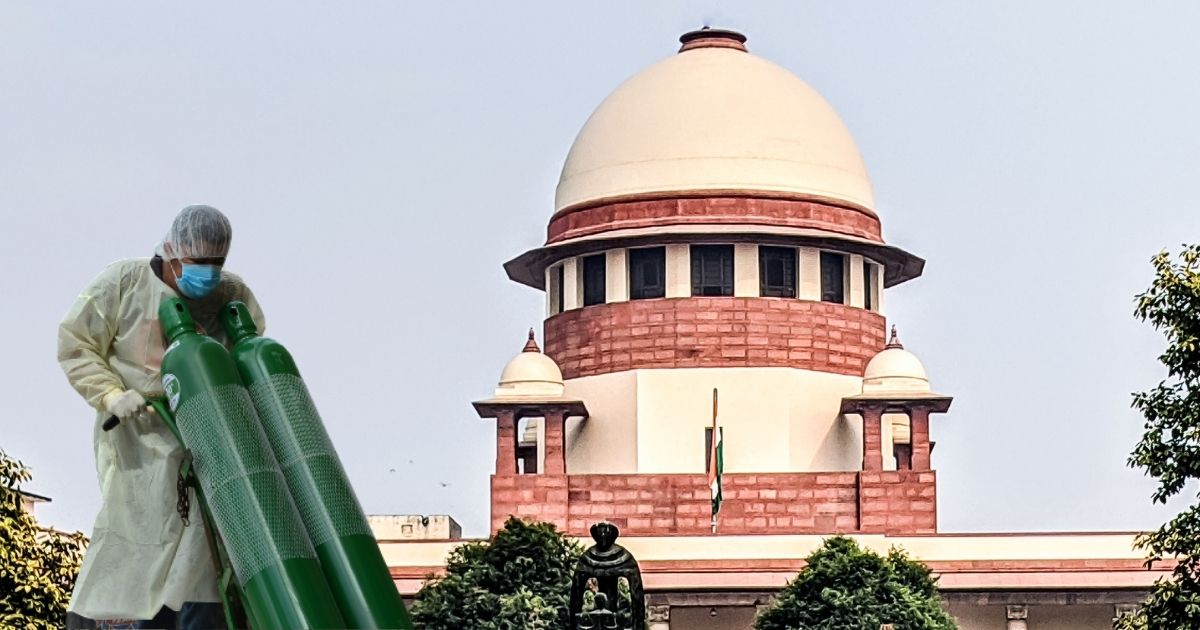 SC refuses to interfere with Karnataka HC’s “well calibrated” order on oxygen supply; says people of Karnataka can’t be left in the lurch

THE Supreme Court Friday declined to entertain the Central Government’s appeal against a Karnataka High Court’s order directing it to increase with immediate effect the cap on the supply of oxygen to the state to up to 1,200 MT per day.

A bench of Justices DY Chandrachud and MR Shah said the high court’s interim order was well-calibrated, considered and in proper exercise of judicial power, and did not call for any interference by the top court.

“We do not want to leave the people of Karnataka in the lurch”, Justice Chandrachud said.

Solicitor General Tushar Mehta, for the Centre, submitted that if the high courts started giving directions for oxygen supply, it would become unworkable.

Justice Chandrachud shot back and said the top court would only interfere if it was appropriate.

“We must understand the human aspect of justice dispensation. Judges have seen deaths at Chamarajnagar and other places”, justice Chandrachud said when the Centre claimed it had to take care of the need of the whole country.

In Karnataka’s Chamaranjangar,  23 Covid patients had died allegedly due to oxygen shortage on Monday.

SG Mehta said the Centre would hold a meeting with the Karnataka government to arrive at a decision to meet the state’s demand.

The high court on May 5 had directed the state government to immediately submit an additional representation to the Government of India, setting out the state’s projected requirement of oxygen for at least one week.

“The representations shall be considered by the Government of India within a maximum of four days from today”, the HC had said.

As an interim measure, the high court directed the Centre to increase the cap on the supply of oxygen to the state with immediate effect to up to 1,200 MT per day.