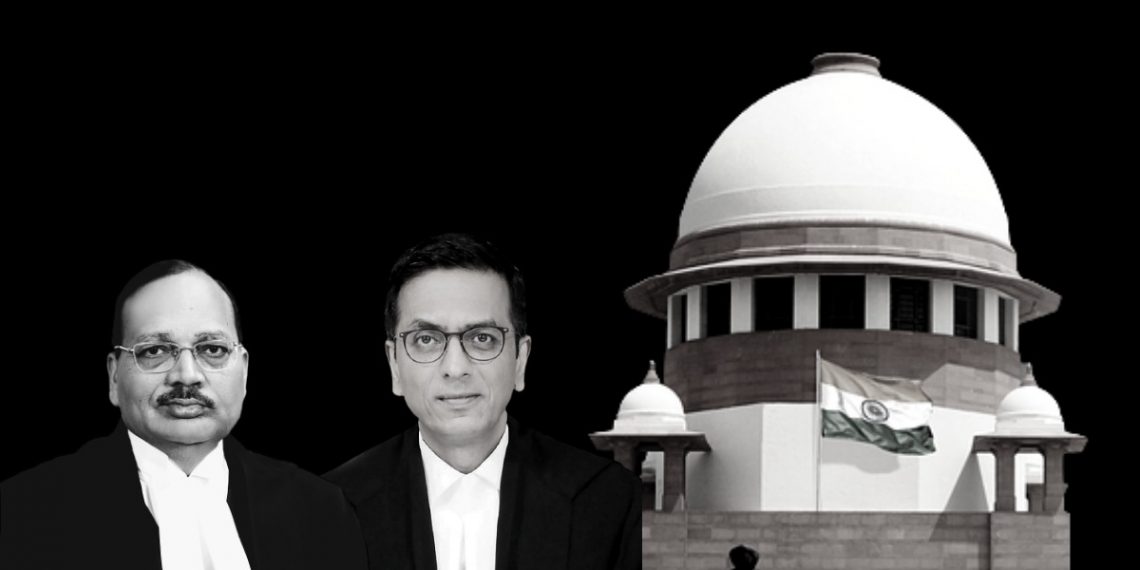 THE Supreme Court, on Friday, ordered the Uttar Pradesh Government to refund the recoveries made from anti-Citizenship (Amendment) Act [CAA] protestors, pursuant to the show-cause notices and proceedings, prior to the enactment of the Uttar Pradesh Recovery of Damages to Public and Private Property Act, 2021.
The recoveries include property attached by the state government and the money paid by the protestors to the state government for the damage of properties during the 2019 anti-CAA protests.
A two-judge bench of Justice D.Y. Chandrachud and Surya Kant passed the order to this effect, overruling the vehement opposition from the state government, which was urging for a status quo to be maintained till the Claims Tribunal under the new Act takes a decision.
The bench has granted liberty to the state government to take all the matters of recovery of damages to the Claims Commissioner appointed under the new law.
The bench was hearing a petition filed by advocate Parwaiz Arif Titu seeking quashing of notices sent to alleged protestors by the district administration for recovering losses caused by damage to public properties during the anti-CAA agitations in the state in December 2019.
Appearing for the state government, senior advocate Garima Prasad on Friday told the court that the state government has withdrawn all notices against anti-CAA protestors issued prior to the enactment of the Uttar Pradesh Recovery of Damages to Public and Private Property Act, 2021. This came after the Supreme Court on February 11 warned the state government of quashing all the notices as they were issued in breach of the Court’s order.
In 2009, the Supreme court, in In Re: Destruction of Public and Private Properties vs. State of A.P & Ors. had laid down that in cases of recovery, the High Court or Supreme Court, as the case may be, appoint a sitting or retired High Court judge or a sitting or retired District judge as a Claims Commissioner to estimate the damages and investigate liability. However, the UP Government assigned this task to an Additional District Magistrate, a non-judicial authority.
Appearing for the petitioner,  advocate Nilofar Khan told the Court that pursuant to the show-cause notices which the state government has now decided to withdraw, a rickshaw puller, a tonga driver, a fruit seller, a chicken seller and a milkman were among those who were made to pay huge amounts of money. Khan referred to an Indian Express report to this effect.
The bench said when the notices had already been withdrawn, the consequences must follow, that is, the return of the recovery made from the protestors. This was vehemently opposed by Prasad, who said this would send a wrong message as those who indulged in the damage to properties would be refunded the amount already recovered. She said there would be no deterrence to those who indulged in vandalism.
Justice Chandrachud, who was heading the bench shot back, “All deterrence against the evasion of law has to be provided within the four corners of the law. There can’t be any principle of deterrence which lies outside the folds of the law. It is as simple as that”.
Prasad again made a passionate appeal to not pass the order. “The entire law would be frustrated”, she said. Justice Kant said the law cannot be frustrated since the government has brought a new law and it can proceed under it.
Even as Prasad continued with her vehement plea not to order the return of the recovery, the court moved on to the next case.
Click here to read the order.