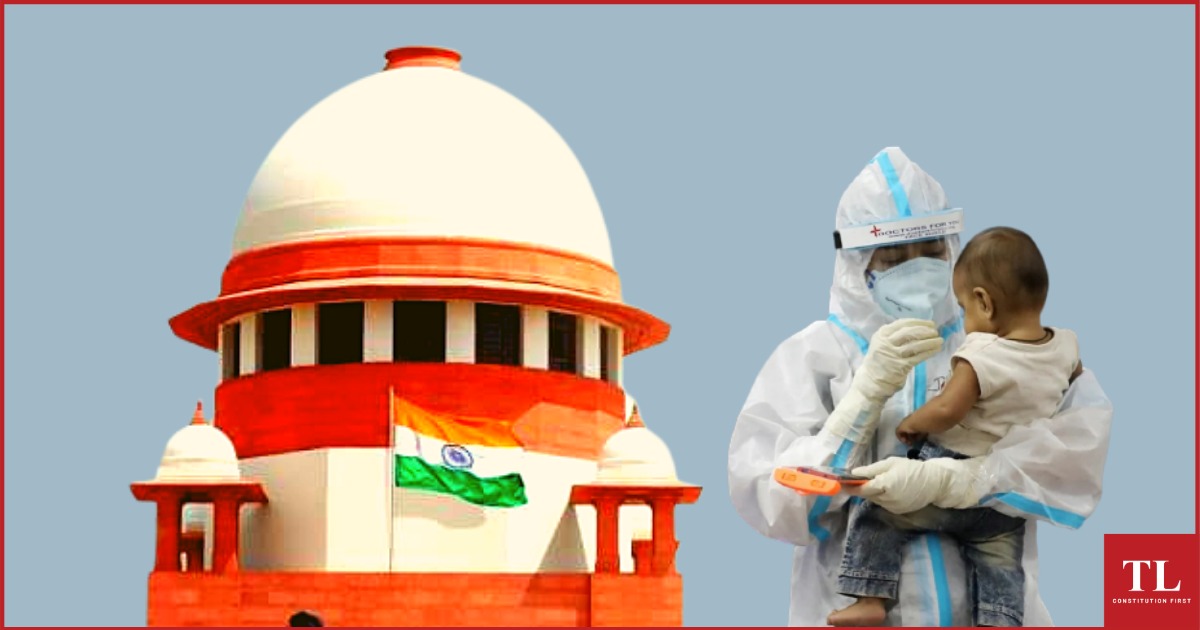 THE Supreme Court Monday directed state governments and Union Territories to take strict action against NGOs and individuals indulging in illegal adoptions and collecting funds in the name of children orphaned by Covid19, by disclosing their identity and inviting interested persons to adopt them.

A bench of Justices L Nageswara Rao and Aniruddha Bose said no adoption of such children should be permitted contrary to the provisions of the Juveline Justice Act, 2015 which requires the involvement of the Central Adoption Resource Authority (CARA).

The bench also directed the authorities to give wide publicity to the provisions of the JJ Act, 2015 and the prevailing schemes of the Union of India and the state governments and Union Territories which would benefit the affected children.

It added that the state governments and UTs should ensure that there is no break in the education of children who have become orphans or lost either one parent during the pandemic.

Invitation to persons for adoption of orphans is contrary to law as no adoption of a child can be permitted without the involvement of Central Adoption Resource Authority: SC; seeks action against NGOs/individuals indulging in illegal #adoptions pic.twitter.com/qW7HShjmoZ

The court was considering an application moved by the amicus curiae Gaurav Agarwal seeking directions in respect of children who had lost either one or both parents to the coronavirus and the increased instances of child trafficking, especially of girl children.

Advocate Shobha Gupta, appearing for an organisation ‘We the Women of India’ informed the court that there were several advertisements in the public domain inviting people to adopt orphans. Such posts have been found on social media as well. She submitted that most of them were fake and in any event, no adoption was permissible without the involvement of CARA. She asked the court to direct the governments to stop the circulation of such posts on social media and to take stringent action against those responsible for them.

Data on children affected during the pandemic-

The state-wise data in the affidavit filed by NCPCR shows that the NCT of Delhi and West Bengal have not uploaded the correct information, the court’s order said.

The court directed the state governments and UTs to continue identifying the children who have become orphans or lost a parent after March 2020 either due to Covid-19 or otherwise and provide the data on the website of the NCPCR without any delay. The identification of the affected children can be done through Childline (1098), health officials, Panchayati Raj Institutions, police authorities, NGOs etc.

It asked District Child Protection Units (DCPUs) to contact the affected child and their guardian immediately on receipt of information about the death of the parent or parents. An assessment should then be made about the suitability and willingness of the guardian to take care of the child.

The DCPU should ensure that adequate provisions are made for ration, food, medicine, clothing etc. for the affected child. Financial assistance to which the disconsolate child is entitled to under the prevailing schemes by the Central Government and state governments and Union Territories should be provided without any delay, the court directed.

If the DCPO is of the prima facie opinion that the guardian is not suitable to take care of the child, they should produce the child before the CWC immediately.