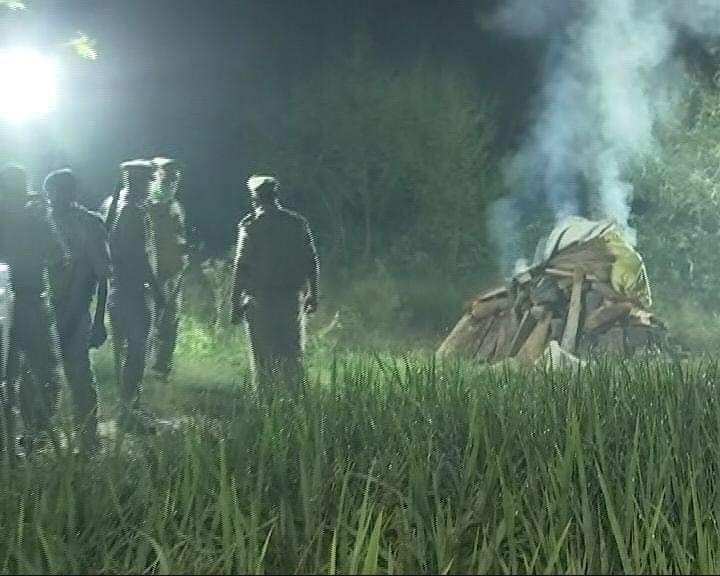 SC asks UP to provide it with plan to protect Hathras gang rape victim’s family; terms incident “shocking and horrible”

The Supreme Court Tuesday asked the Uttar Pradesh Government to apprise it through an affidavit of its plan to provide protection to the family of the victim of the Hathras gang rape case.

It also asked the Solicitor General Tushar Mehta who appeared for the UP Government to ascertain whether the victim’s family had chosen any lawyer. The matter will be heard next week for further hearing.

A three-judge bench led by CJI S A Bobde also sought to know the scope of proceedings pending before the Allahabad High Court in the Hathras case.

During the course of the hearing, the bench which also comprised Justices A S Bopanna and V. Ramasubramanian termed the incident ‘shocking’ and ‘horrible’.

Appearing for the UP Government, SG Mehta, at the outset, submitted that he was not opposing the petition seeking a CBI probe. He said the State had already recommended a CBI probe in the matter, which the court may monitor. According to the state, a vicious narrative was being played out by a section of media and political parties.

Senior advocate Indira Jaising, appearing for a group of lawyers who had sent a letter to the CJI requesting the court’s suo motu cognizance, submitted that even though the High Court could look into the matter, there was one thing which only the apex court could do which was to transfer the trial of the case from Uttar Pradesh to Delhi.

Jaising assisted by advocate Nandita Rao added that her foremost concern was the protection of the victim’s family and witnesses in the case. She referred to Section 15A of The Scheduled Castes and Tribes (Prevention of Atrocities) Act which dealt with the rights of victims and witnesses.

SG Mehta, however, said witness protection was already in force. To this, CJI sought an affidavit bringing this on record of the Court.

Appreciating the presence of Jaising, the CJI said he was hearing her only because the incident was very shocking even though she may not have locus in the matter.

Jaising also submitted that the case needed to be probed by a Court- constituted SIT.

There are reports indicating that the victim’s family is not happy with the CBI probe, Jaising told the Court.

Advocate Kirti Singh who also had written a letter on behalf of many women seeking protection for the victim’s family reiterated what Jaising argued.

Advocate Shobha Gupta who had also written to the CJI requested a listing of her letter along with the petition, which CJI allowed. Gupta added there was need to lay down guidelines for discharging of dead bodies from hospitals. To this, CJI remarked this could be dealt with by the High Court.

The Court also asked for suggestions on how the scope of the proceedings before the Allahabad High Court can be widened.

Soon after Hathras gang rape became public, a few PILs were filed in the SC seeking a probe in the matter

Earlier in the day, the UP Government filed an affidavit stating that there had been orchestrated efforts to malign the image of the Government on social media by attributing baseless comments and building up a distorted narrative on the Hathras case.

The affidavit stated that the late-night cremation of the Hathras rape victim was done with a view to maintaining law and order. It cited intelligence inputs which indicated that the incident was being exploited to give a caste/communal colour to the issue.