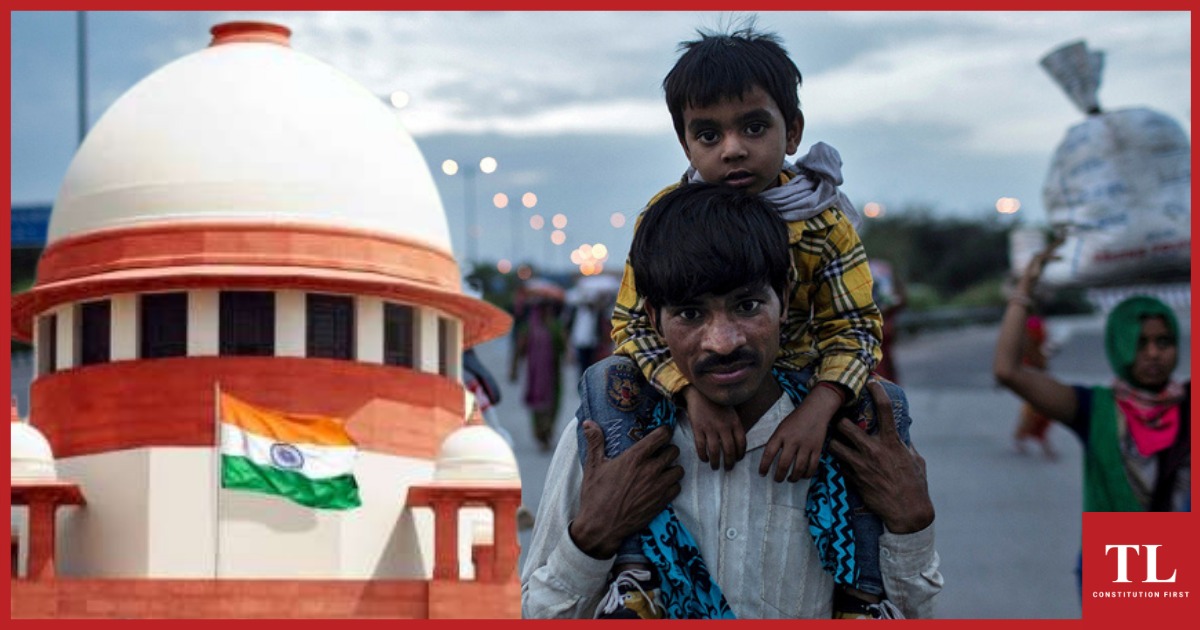 SC asks Centre, UP and Haryana to set up community kitchens for stranded migrant labourers; to provide dry ration without insisting on id proof

THE Supreme Court Thursday directed the Central Government, the Uttar Pradesh and Haryana government to open community kitchens in the National Capital Region (NCR) for stranded migrant labourers so that they and their family members can get two meals a day.

The court also directed all the three governments to provide dry ration under the Atma Nirbhar Bharat Scheme or any other scheme utilising the Public Distribution System as part of welfare measures for migrant workers caught in the throes of the second coronavirus wave.

It made clear that while providing dry ration the state authorities must not insist on an identity card for those migrant labourers who do not possess them for the time being and that they should be satisfied with just a self-declaration.

SC orders Centre, Delhi, UP, Haryana to provide dry ration to migrant workers in NCR under Atma Nirbhar Bharat Scheme or any other scheme utilising the PDS. While providing dry ration the authorities will not insist on an identity card. pic.twitter.com/JKI69FP0nC

Additionally, the court directed the Centre, UP and Haryana to ensure that adequate transportation is provided to stranded migrant labourers who want to return home.

“The district administration in coordination with police administration may identify such stranded migrant labourers and facilitate their transport either by road transport or train”, the court said.

A two-judge bench of Justices Ashok Bhushan and MR Shah passed these interim directions on an application filed by activists Anjali Bhardwaj, Harsh Mander and Jagdeep Chhokar in suo motu proceedings of the top court launched in 2020 during the first wave of Covid19.

In their application, they sought food security, cash transfers and appropriate travel arrangements for migrant workers during the second phase of the pandemic, as state governments were increasingly resorting to lockdowns.

The bench apart from issuing interim directions also issued notice to the Centre, Delhi, UP and Haryana to file a reply to the application suggesting means and measures by which they plan to ameliorate the distress among stranded migrant labourers.

Notice has also been issued to Maharashtra, Gujarat and Bihar.