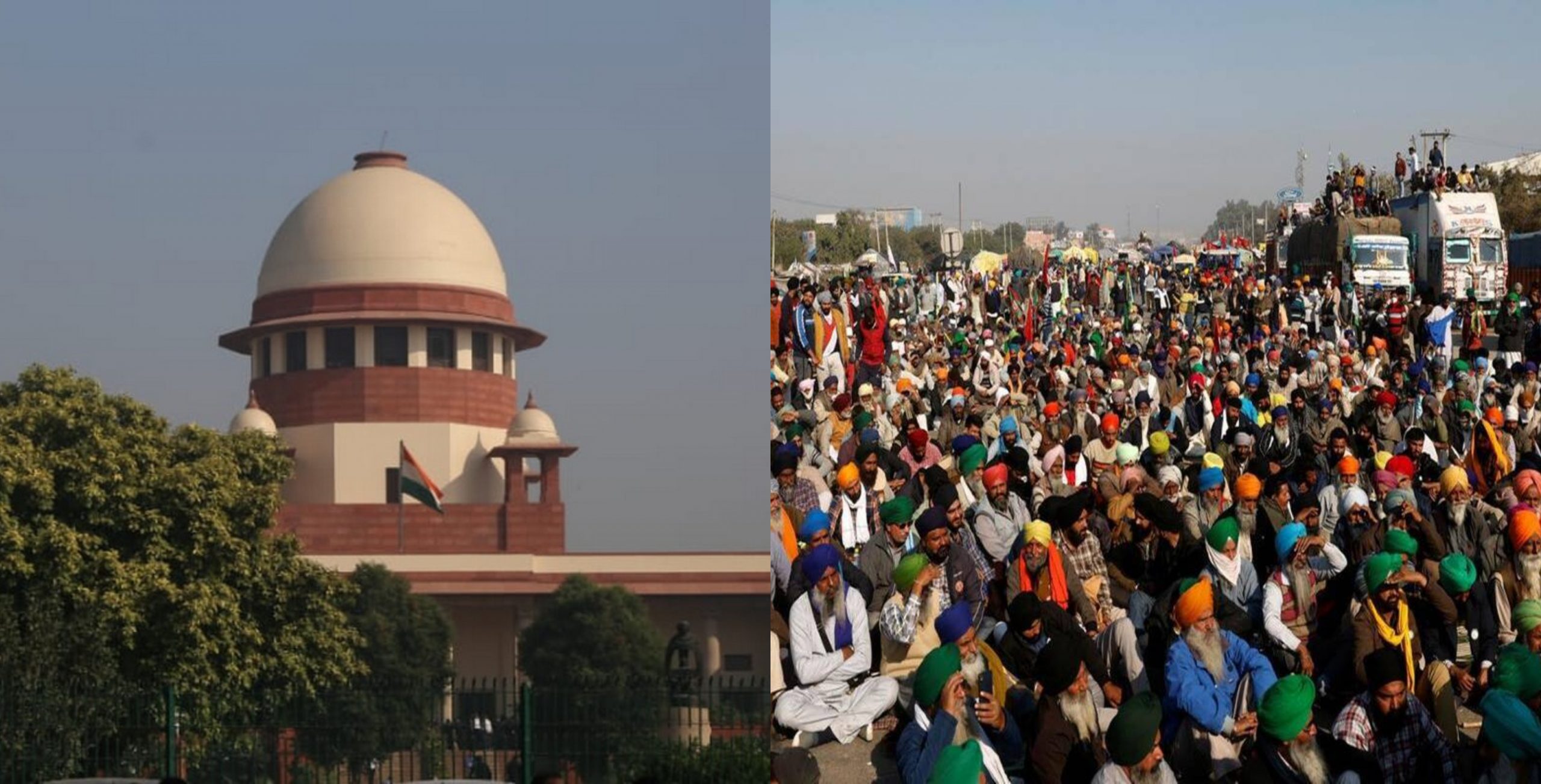 The Leaflet·December 17, 2020
Home
Due Process
Democracy and Rule of Law

The Supreme Court Thursday sought to know from the Attorney General (AG) whether the Central Government can put on hold the implementation of the new three farm laws in order to enable negotiations between the government and agitating farmers.

AG, KK Venugopal, said he would get back to the court after taking instructions from the government. He, however, also added that if it were done then the farmers would not come for discussions.

A bench led by CJI SA Bobde was hearing a batch of a petition seeking the removal of protesting farmers from the borders of Delhi.

Acknowledging the right of farmers to hold non-violent protests against the three laws, the bench reiterated its suggestion to have an impartial committee, which may include experts like P Sainath, to end the impasse.

“We are of the view at this stage that the farmers’ protest should be allowed to continue without impediment and without any breach of peace either by the protesters or the police”, the Court said.

SC says it is of the view that at this stage the farmers' protest should be allowed to continue without impediment and without any breach of peace either by the protesters or the police.#FarmersProtest pic.twitter.com/sA3eDxzUDl

The court, however, could not pass effective order as the farmers’ union to whom the notice was issued yesterday did not participate in the hearing today. The court has now directed that notice be served to the farmers’ union again.

During the hearing, CJI Bobde remarked that a protest is constitutional as long as it does not destroy property or endanger lives.

“Centre and farmers have to talk. We are thinking of an impartial and independent committee before whom both parties can give its side of the story,” the CJI said.

Senior advocate P Chidambaram, appearing for the Punjab Government, submitted that he had no objection to the suggestion of a committee and it is for farmers and centre to agree who will be on the committee.

“Police cannot block the road and say that farmers are blocking it. Farmers want to enter Delhi and not block any road”, said Chidamabaram.

Senior advocate Harish Salve appearing for one of the petitioners said that one cannot hold a city to ransom and say either government listens to us or stop the country from living.

“People who bring crowd must be held accountable for consequences”, Salve submitted.

The Court said it would see if the manner of protest could be slightly altered so that it doesn’t affect the citizens’ right of movement.

Thousands of farmers, largely from Punjab, Haryana and nearby areas, have been demanding the repeal of three new laws pertaining to agriculture. They have been sitting on protest in the national capital for the last three weeks.

The farmers have expressed apprehension that these laws will pave the way for the dismantling of the minimum support price system.