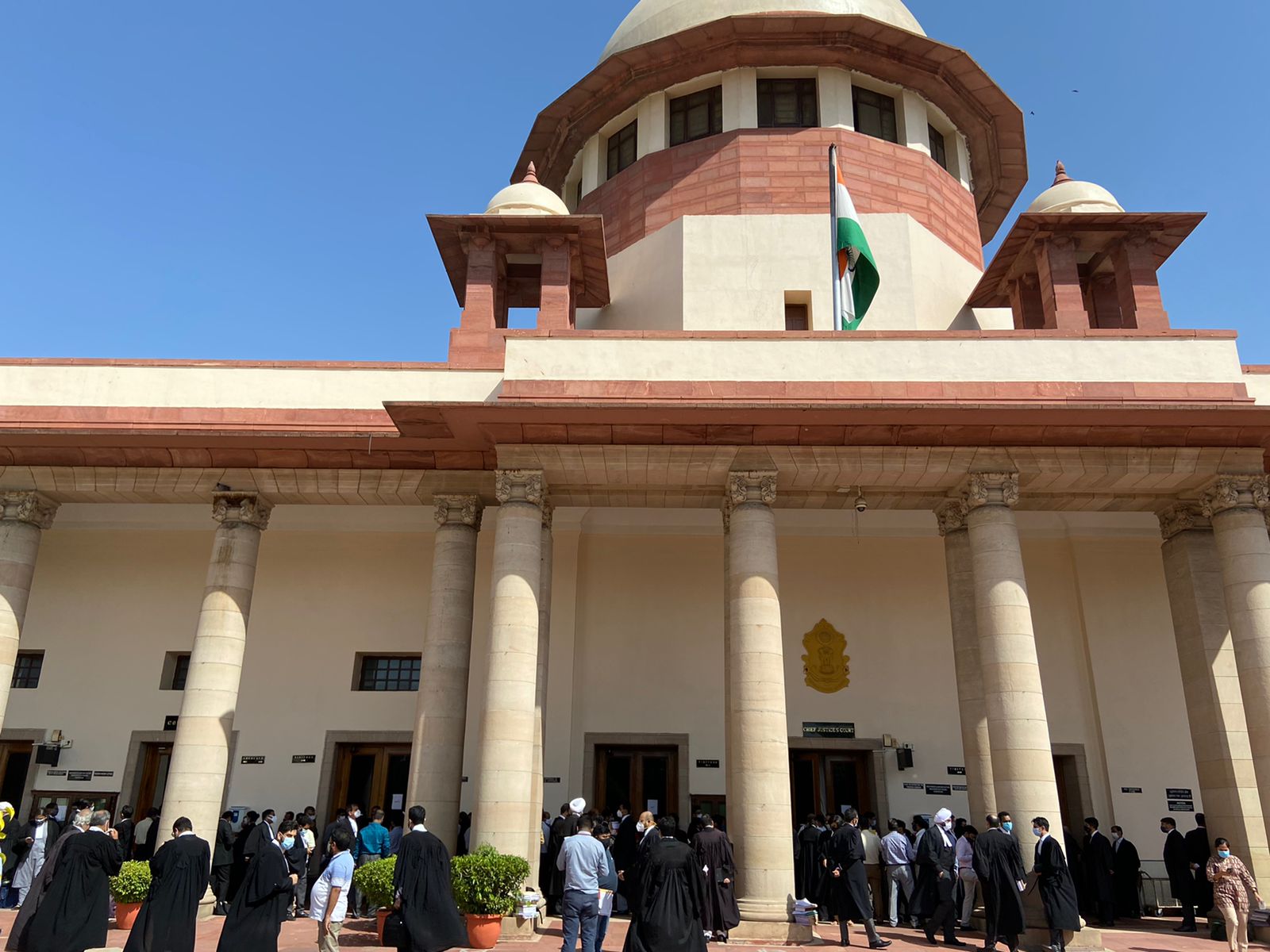 SC agrees to hear plea for action against participants at the Haridwar hate assembly, earns appreciation

THE Supreme Court on Monday agreed to hear a Public Interest Litigation (PIL) against the recently held ‘Dharm Sansad‘ at Haridwar where alleged hate speeches were made against the Muslim community.

Senior Advocate Kapil Sibal mentioned the matter before a bench led by the Chief Justice of India, N.V. Ramana. Sibal submitted, “we are living in somewhat different times. The slogan of the country has changed from satyamev jayate to sashastramev jayate.”

CJI Ramana remarked that he had read that some inquiries were already going into the incident. Sibal, in response, said two first information reports (FIRs) were lodged but no arrest has been made till now.

Sibal was appearing for petitioner Qurban Ali, a senior tri-lingual (Hindi, Urdu, and English) journalist with more than 35 years of experience.

Ali’s petition has flagged two events where hate speeches were delivered: one in Haridwar organised by one Yati Narsinghanand, and another in Delhi by an organization self-styled as ‘Hindu Yuva Vahini’. These events were held between December 17 and 19 last year.

The plea contends that the hate speeches delivered at these events consisted of open calls for genocide of Muslims in order to achieve ethnic cleansing, and that such speeches pose a grave threat not just to the unity and integrity of our country, but also endanger the lives of millions of Muslim citizens.

The plea alleges inaction on the part of the police authorities in taking action against those responsible for giving the hate speeches. It says that despite the passage of almost three weeks, no effective steps have been taken by the police authorities including the application of Sections 120B (Punishment of criminal conspiracy), 121A (Conspiracy to commit offences punishable by section 121) and 153B (Imputations, assertions prejudicial to national-integration) of the Indian Penal Code (IPC) that squarely apply to the said hate speeches.

It points out that the police authorities have registered two FIRs against ten people who took part in the Haridwar Dharam Sansad, but even in the said FIRs, only Sections 153A (Promoting enmity between different groups on grounds of religion, race, place of birth, residence, language, etc., and doing acts prejudicial to maintenance of harmony), 295A (Deliberate and malicious acts, intended to outrage reli­gious feelings of any class by insulting its religion or reli­gious beliefs) and 298 (Uttering, words, etc., with deliberate intent to wound the religious feelings of any person) of the IPC have been invoked.

It also brings to the notice of the court a video wherein one of the speakers at the Haridwar event openly acknowledged the police officers’ allegiance with the organizers and speakers of the Dharm Sansad. The plea, thus, contends that not only did the inaction of the police allow delivery of hate speeches with impunity but also shows that the police authorities are in fact hand in glove with the perpetrators of communal hate.

Speaking to The Leaflet, former Chief Justice of the Allahabad High Court Govind Mathur welcomed the CJI’s decision to grant listing of the petition.

“People’s faith in our constitutional institutions is necessary for the success of the Indian Republic. For various reasons, this faith has been shaken in the last few years. It may be due to weak leadership of every such institution or a part of a well-designed programme to do so”, Justice Mathur said.

He added: “The legislature is acting either as an obedient herd or like an unruly crowd without any quality to lead the people. The executive has developed all authoritarian tendencies. Citizens had hope from the judiciary but in the last few years, that too lost its voice. We noticed absolute inaction on the part of the judiciary when it was necessary to save the Constitution and the system created by it”.

A speechless, opportunist judiciary, Justice Mathur observed, is the biggest enemy of democracy.

“Fortunately, the present Chief Justice has made efforts to repair the chassis of our judiciary and to allow lightning hearing of hate speeches at Haridwar (emphasis by Justice Mathur) case. It is a welcome step”, he told The Leaflet.

Justice Mathur added that it was only after several videos of the religious congregation emerged on social media that the Uttarakhand Police registered an FIR that named several leaders for allegedly making hate speeches. Five former chiefs of staff of the armed forces and more than a hundred prominent citizens wrote a letter to the President, the Prime Minister, and the CJI condemning such speeches, but no effective steps have yet been taken by the investigating agency.

“These hate speeches are nothing but a part of the election campaign even by thrashing our well accepted constitutional values including secularism”, Justice Mathur said.

If the apex court, Justice Mathur emphasised, would have not given priority to this matter, then the mischief mongers would have an open license to cause serious wounds to our precious constitutional values. Let our judiciary be strong enough to meet all challenges posed to democracy, he hoped.

Speaking to The Leaflet, Kavita Srivastava, the National Secretary of the People’s Union for Civil Liberties (PUCL), said that the Supreme Court agreeing to hear the petition has come as a relief as the hate assembly (which she made it clear should not be called as a dharm sansad) was not just about hate speech but was a call for genocide. She added that the Uttarakhand police should have promptly responded and taken stringent action, but it did not despite lodging of FIRs.

Srivastava is of the view that the first step is to monitor the action of the police. She said the Uttarakhand High Court could have also taken cognisance of the hate speeches, but it did not. She hopes that after the Supreme Court agrees to hear the matter, such hate assemblies would halt. Besides, she urged the Supreme Court to monitor the arrests of the leaders (of the hate assembly) and the filing of chargesheet against them as soon as possible.

Towards the end of last month, 76 advocates practicing at the Supreme Court, including 13 designated senior advocates, had written a letter to the CJI asking him to take suo motu cognizance of hate speeches made against the Muslim community at two separate events in Delhi and Haridwar in the last 10 days. On Friday, 77 members of the Delhi High Court Women Lawyers Forum had written a letter to the CJI demanding the intervention of the CJI and other judges of the Supreme Court towards ensuring members of minority communities the right to life with dignity and security by referring, among other things, to the Haridwar and Delhi events.