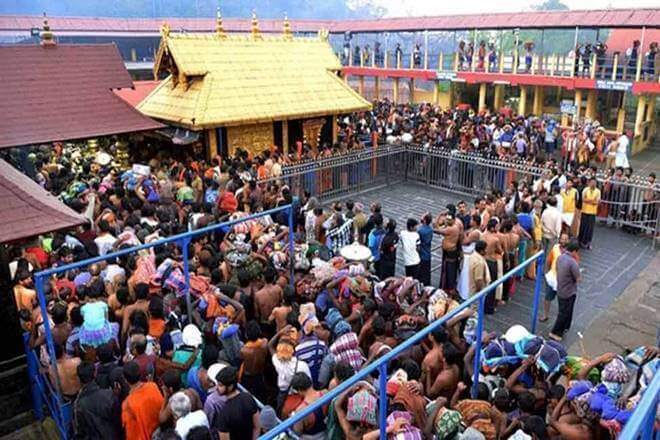 Sabarimala Reference: of legal U-turns and infidelity to process of law

The Indian Supreme Court’s handling of the review petitions pertaining to the original Sabarimala judgment delivered in September 2018 is emblematic of the court’s scant regard for the principle of stare decisis in particular and the process of law in general.

It does not take a jurist to appreciate that once a decision is handed down by the apex court, the decision becomes law of the land and is binding on everyone, including the court itself.

The system of precedents is not a work of fiction: it exists to ensure certainty, stability, predictability, public trust in the judiciary, and rule of law itself.

Of course, a judgment of the apex court may be called for review under Article 137 of the Constitution. However, the power of review is not unbridled: it is a narrowly drawn extraordinary power and must be exercised sparingly. This is well-settled.

Seen in this light, the February 10 order of the nine-judge bench of the Supreme Court that questions of law can be referred to a larger bench in a review petition is indeed disturbing. Pertinently, there is no way one could argue or quarrel with the February 10 order given that the order is an unreasoned one and the court is yet to disclose reasons as to why it ruled what it ruled.

Be that as it may, the February 10 order emanated from a preliminary objection raised before the court that the power to review a judgment cannot and should not include the power to refer questions of law to a larger bench.

This is not a tricky argument. The court in the original Sabarimala judgment (judgment under review) had inter alia held that all women have a fundamental right to freely practice and profess their religion by visiting temples, including the Sabarimala temple.

Review petitions were filed in the court seeking review of that judgment. Now, ordinarily, the review court should simply examine the judgement under review in view of the long-standing jurisprudence on the lawful exercise of review jurisdiction. For the apex court, this was in no way a herculean task: the law is well-settled on this and has been oft-repeated by the court.

Maintainability of a review petition

A review petition is maintainable only and only if:

(a) there is a discovery of new, material evidence and that evidence has an important bearing on the outcome of the decision,

(b) or if there is a material error manifest/apparent on the face of the judgment under review.

Errors do not include interpretational errors as they cannot, given that two judges can interpret a provision of law and come to two entirely different, yet convincing, conclusions. There is not even a whisper in the review Order if these two conditions existed.

The processes of justice ends at the apex court – a review court must necessarily review and decide – either it should set aside the judgment under review on either of the two grounds stated above, or it should dismiss the review petitions.

As stated above, this exercise is vital to facilitate certainty, stability, predictability, public trust in the judiciary, and rule of law itself. But the court did neither.

What we saw, instead, if I may term it so, was a “colourable exercise of review power.”

By Order of November 14, 2019, the Supreme Court by a majority of 3:2 (Justices Nariman and Chandrachud dissenting) took to fancy and extraneous factors to effectively suspend a Part III right – a right that the court is constitutionally bound to protect and further (note that despite there not being a stay, the court had asked women petitioners who sought enforcement of the judgment to be a little “patient”).

Firstly, let us be clear that the judgment under review was not referred for reconsideration by a larger bench (for that to happen, the court must first decide on the correctness of the judgment). Why, then, has it been kept pending?

Secondly, the court mixed up review petitions with writ petitions.

Thirdly, the court ventured into the task of formulating judicial policies for the posterity, which is constitutionally unacceptable.

Fourthly, the court mixed up the Sabarimala temple entry case with other “recurring issues” touching upon the rights flowing from Articles 25 and 26 of the Constitution of India.

Lastly, the court made a reference on certain probable questions of law that did not actually arise but have a “prospect” of so arising and that such a prospect “cannot be ruled out.” As the two dissenting judges pointed out, a review court must focus on the judgment under review and not travel beyond what is constitutionally or legally permissible.

And finally, the conflict between Shirur Mutt and Durgah Committee cases have nothing to do with the judgment under review – at least directly so – given that the question of “essential religious practices” (which is the source of conflict between the two judgements) was not even a deciding factor in the Sabarimala case.

In constitutional law, as in any other law, issues do arise every time a matter comes up for adjudication. Past judgments are either followed or distinguished or set aside (by larger benches). In some cases, a smaller bench can refer conflicting questions of law to a larger Bench for redetermination and reconsideration. But these are done in a certain manner and a certain process ought to be followed.

Present and future benches of the Supreme Court are bound by former precedents of larger benches. If some bench, before which a matter concerning Articles 25 and 26 of the Constitution comes up for determination, felt that there are some questions that warrant reconsideration by a larger Bench, then there is nothing to prevent such reference. That determination, however, must be based on sound reasoning and the reconsideration of the legal issues involved must be based on the peculiar facts of each case.

Sadly, these principles and processes were given the go-by by the review court. It is unthinkable for a court to refer overly broad, vague questions of law in abstract and theoretical terms (devoid of factual considerations), with a misplaced view to ensuring “consistency in approach for the posterity.”

These are not merely academic or theoretical questions for constitutional studies. Time will decide whether or not newly determined legal principles emerging out of the reference have a bearing on the original Sabarimala judgment. But the very acts of keeping the review petition pending, making reference to a larger seven-judge bench, and then straightaway constituting a nine-judge bench speaks volumes about the state of the Supreme Court today.

Also here: Supreme Court upholds the constitutional validity of Section 18 A of the amended SC/ST Act