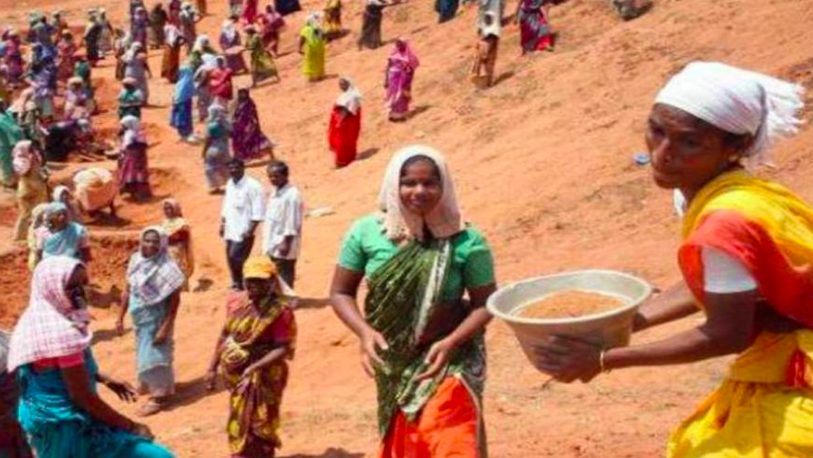 SAU audits have been conducted in 2.65 lakh Gram Panchayats in the states and Union Territories of the country at least once over the last four years, since the data began to be uploaded in 2017-18.

According to the report, one of key findings of the audit is “financial misappropriation”, which includes bribery, and payments to non-existent persons and to vendors for material procured at high rates.

Tamil Nadu accounted for the highest misappropriation, with an amount of Rs 245 crore being misappropriated across 12,525 Gram Panchayats in the state, for which 37,527 audit reports were uploaded. Recoveries stood at Rs 2.07 crore, only 0.85% of the misappropriated amount. As a consequence, one employee has been suspended and two have been dismissed, but not a single FIR has been filed.

In Andhra Pradesh, total misappropriated funds amounted to Rs 239.31 crore across 12,982 Gram Panchayats. 31,795 social audits were conducted and reports uploaded; recovery was Rs 4.48 crore (1.88%). Penalties of Rs 14.74 lakh were levied, and 10,454 employees were warned/censured. A total 551 employees have been suspended and 180 employees have been dismissed. Three FIRs have been filed.

The situation is similar in states like Karnataka, Bihar, and West Bengal, where large amounts were misappropriated, but barely any punitive actions were taken in most cases.

Jharkhand filed the most FIRs — 14 out of the 38 filed across the country over the last four years. Two employees were suspended, and the services of 31 were terminated. However, of the Rs 51.29 crore misappropriated, only Rs 1.39 crore (2.72%) has been recovered.

The report pointed out that Section 17 of the MGNREG Act mandates social audit of all works in Gram Panchayats. The Audit of Scheme Rules were notified in 2011, and The Auditing Standards for Social Audit in 2016. The 2011 Rules say the state government will facilitate the social audit of work done under MGNREGA in every GP once every six months. It also added that according to experts, the ‘real’ misappropriation could well be three or four times the identified amount, as in many GPs, audits have been done only once.

In a letter addressed to all state chief secretaries, Union Rural Development Secretary Nagendra Nath Sinha highlighted that social audits are a powerful tool to enforce accountability, and asked why state RDDs have made only “little recoveries”.

“Yes, we have written to all the states… Lack of attention on this aspect is certainly one (of the issues). Another is the determination of culpability of the persons concerned for the irregularities — and in absence of SOPs to handle such cases such determination is not easy,” Sinha told The Indian Express when he was asked about the low recoveries. “But ultimately it boils down to lack of attention and lack of sensitivity in taking social audit to its logical conclusion,” he added.