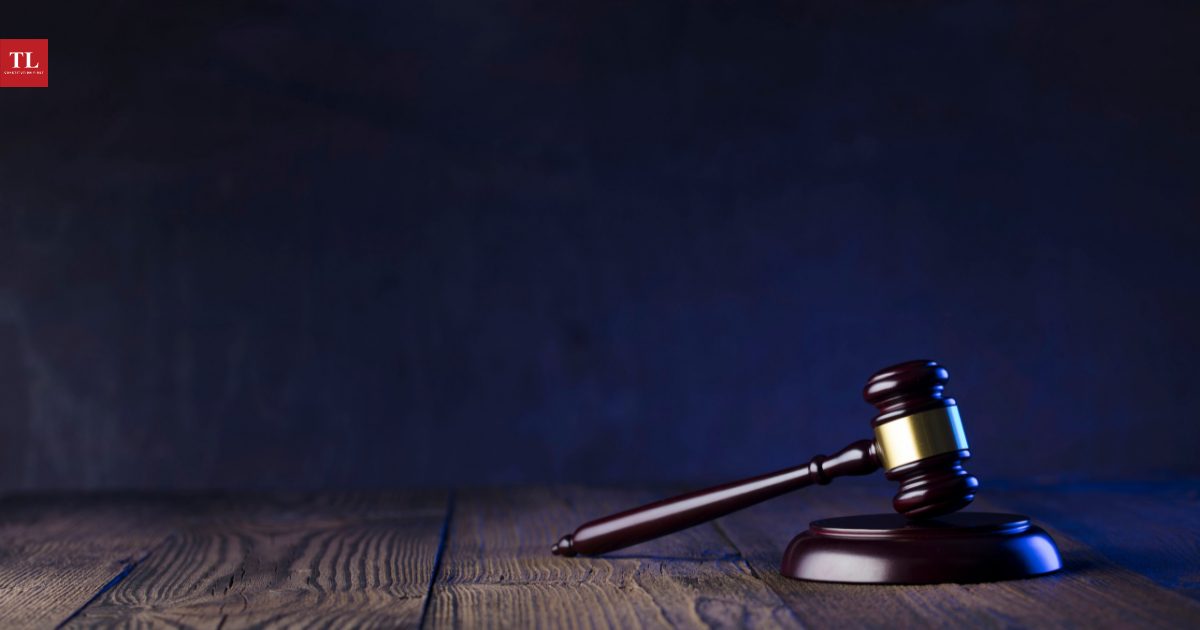 Right to Appointment for Public Duty

Improper performance of public duty has serious consequences under the PCA, which makes choosing who performs such tasks crucial. The process to ascertain eligibility for a public duty should, without exception, be merit-based and tested impartially and objectively, writes RUDRAJYOTI NATH RAY.

IT is not easy to define what a public duty is, as a two-judge bench of the Supreme Court agreed in 2003 when it decided G. Bassi Reddy v. International Crops Research Instt. Perhaps a duty with assured continuity, which can be performed and controlled by the State, is a public duty. This echoes with section 2(b) of the Prevention of Corruption Act (PCA) 1988. According to this section, “the State, the public or the community at large” has an interest in public duty.

Services performed without State involvement are not the subject of this discussion, which intends to focus on how one is appointed to perform public duties. This has been reviewed by the Supreme Court of India (SC) in many cases, though in some instances an answer is awaiting, surprisingly, for eight years.

Once the process to ascertain eligibility for entering into a service involving public duty has commenced, can the process be changed?

In Maharashtra State Road Transport Corporation v. Rajendra Bhimrao Mandve, (2001) Justices S. Rajendra Babu and Doraiswamy Raju reminded that the criteria for selection cannot be altered, by authorities concerned, in the middle or after the process has begun. Chief Justice of India KG Balakrishnan and Justices RV Raveendran and JM Panchal approved in K Manjusree v. State of AP, 2008, that it is “unacceptable” if the criteria for selection are changed “after the game has been played and the results of the game were being awaited.” Again, in Hemani Malhotra v. High Court of Delhi, 2008, CJI Balakrishnan and Justice Panchal reaffirmed Manjusree.

In Manjusree, it was considered sufficient to refer to Two-Judge Benches in i) P.K. Ramachandra Iyer & Ors. v. Union of India, (1984) 2 SCC 141; ii) Durgacharan Misra v. State of Orissa, (1987) 4 SCC 646 and iii) Umesh Chandra Shukla v. Union of India, (1985) 3 SCC 721. Exploring these three citations is important. In P.K. Ramachandra Iyer, one Om Prakash Khauduri’s concern involved an examination conducted to recruit Scientists under various disciplines of Agricultural Research Science. There was a written test and a viva-voce test.

The Agricultural Scientific Recruitment Board prescribed minimum qualifying marks in the viva-voce test. This was contrary to the Indian Council of Agricultural Research Rules, 1977 which provided for minimum marks only in the written examination. SCI held the merit list prepared in contravention of the Rules could not be sustained. The concern was similar in Durgacharan Misra where applications were invited for posts of Probationary Munsifs. Rule 17 of Orissa Judicial Service Rules, 1964 was placed to justify the prescription of minimum marks in the viva-voce test. Rule 17 provided, Chief Justice or any other Judge of the High Court nominated by the Chief Justice shall be present at the viva-voce test and shall also advise on the fitness of the candidates.

The contention was, a Judge of the High Court was present and did advise minimum marks to be secured at the viva-voce test. This advice was held, to run counter to the Rules. Umesh Chandra Shukla challenged the validity of proceedings related to a competitive examination held by the High Court of Delhi to fill posts in the Delhi Judicial Service in 1984. The High Court had resolved to add 2 marks, to the marks obtained in each paper of the written examination, by way of moderation. The reason provided had nothing to do with the quality of the question papers or the mode of valuation. It was held, “exercise of such power of moderation is likely to create a feeling of distrust in the process of selection to public appointments which are intended to be fair and impartial. It may also result in the violation of the principle of equality and may lead to arbitrariness. We lean in favour of strict construction of the Rules and hold that the High Court had no such power under the Rules.”

A reading of P.K. Ramachandra Iyer, Durgacharan Misra and Umesh Chandra Shukla, as enforced by Rajendra Bhimrao Mandve and K. Manjusree, leads to a tempting conclusion. In the ‘process of ascertaining eligibility’, for entry into service of ‘public duty, the process cannot be changed at all after commencement – if, such change is without any support of statutory dicta. The presence of statutory dictum can turn Three-Judge Bench K. Manjusree to inapplicability as it did before the Three-Judge Bench of Uday Umesh Lalit, Vineet Saran and S. Ravindra Bhat JJ. in Ram Sharan Maurya v. State of UP, AIR 2021 SC 954. K. Manjusree itself says, “we have no doubt that the Authority making Rules regulating the selection, can prescribe… minimum marks both for written examination and interviews… where the Rules do not prescribe any procedure, the Selection Committee may also prescribe the minimum marks… but if the Selection Committee wants to prescribe minimum marks… it should do so before the commencement of selection process.”

But, does succeeding in the aforesaid ‘process of ascertaining eligibility’ ensure, without fail, a ‘right to appointment’? After ascertainment of ‘eligibility to perform the ‘public duty’, post-examination of whatsoever nature, can it be declared the ‘eligibility’ is still falling short of an actual ‘appointment’? P.K. Ramachandra Iyer, Durgacharan Misra, Umesh Chandra Shukla, Rajendra Bhimrao Mandve, K. Manjusree don’t discuss the same and don’t have a ‘ratio’ on the issue.

R.M. Lodha, Jasti Chelameswar and Madan B. Lokur, JJ. in Tej Prakash Pathak v. Rajasthan High Court, (2013) 4 SCC 540, decided on 20.03.2013, had the opportunity to address the issue. Respondent-Rajasthan High Court had sought to recruit 13 Translators under The Rajasthan High Court Staff Service Rules, 2002. One had to appear for a written examination and a personal interview. 21 candidates appeared of whom only 3, who secured a minimum of 75% marks, were selected to fill up the posts. Such a prescription of a minimum of 75% marks had existed earlier under the Rules. By an Amendment, the said prescription had been dropped.

As was subtly recognised, State of Haryana v. Subash Chander Marwaha, (1974) 3 SCC 220, unnoticed in P.K. Ramachandra Iyer, Durgacharan Misra, Umesh Chandra Shukla, Rajendra Bhimrao Mandve and K. Manjusree, carries instructions on the Tej Prakash Pathak issue. Subash Chander Marwaha is crucial to understand the time when the ‘process of ascertaining eligibility’, before being chosen with finality to perform a ‘public duty, is complete and what remains is an ‘appointment’.

S.K. Singh J in Salam Samarjeet Singh v. High Court of Manipur at Imphal, (2016) 10 SCC 484 did observe, about Subash Chander Marwaha, “if appointment is refused to a selected candidate for good reasons the candidate may not have an indefeasible right to claim a right of appointment.” What reasons are good reasons, without doubt, depends on the particular facts of each case. A reading of Subash Chander Marwaha discloses ‘maintenance of high standards’ is a reason good enough. On February 3, 1970, an advertisement had been published to the effect, Haryana Public Service Commission will hold an examination for recruitment of candidates for 15 vacancies in the Haryana Civil Service (Judicial Branch).

It was a list of 40 candidates who obtained the required 45% or more marks in the examination. State Government made 7 appointments in the serial order of the list according to merit. It was contended, Punjab Civil Service (Judicial Branch) Services Rules did not oblige to fill in all the vacancies and it was open to Government to appoint the first 7 candidates from the list in the interest of maintaining high standards. A. Alagiriswami and D.G. Palekar, JJ in Subash Chander Marwaha noted,

“The examination is for the purpose of showing that a particular candidate is eligible for consideration. The selection for appointment comes later. It is open then to the Government to decide how many appointments shall be made.”

There was no constraint discovered to reflect Government shall make an appointment of a Subordinate Judge either because there were vacancies or because a list of candidates had been prepared and was in existence. There was also no constraint discovered on the Government to fix a higher score of marks for selection. Thus, Tej Prakash Pathak, relying on Subash Chander Marwaha, may possibly surmise, succeeding in a ‘process of ascertaining eligibility’, for entry into service of ‘public duty’, doesn’t ensure, without fail, a ‘right to appointment’.

Tej Prakash Pathak felt the need for “an authoritative pronouncement by a Larger Bench” of SCI. Kurian Joseph and R. Banumathi, JJ in Sivanandan C.T. v. High Court of Kerala, (2018) 1 SCC 239 acknowledges this referral to a Larger Bench. On 23.07.2018, a Three-Judge Bench of SCI in Tej Prakash Pathak v. Rajasthan High Court, Civil Appeal No. 2634 of 2013 ordered, “As the matter has been referred to Constitution Bench, it should be heard expeditiously regard being had to the nature of the controversy.” The ‘expeditious’ hearing is yet to occur. It is impossible to predict, with 100% confidence, what would Tej Prakash Pathak finally conclude. I am not arguing the same before SCI and do not have the privilege of reading the relevant briefs.

As my final word I submit, ‘State’ shall prove to be unreasonable and arbitrary, if in the ‘process of ascertaining eligibility’, for entry into service of ‘public duty, the process is changed after commencement and such change is without any support of statutory dicta. To highlight success in the aforesaid ‘process of ascertaining eligibility’ as a precursor to a sure-success ‘appointment’, as a Scientist/ Probationary Munsif/Translator/Subordinate Judge/Etc., is not a correct chronology. After ascertainment of ‘eligibility to perform the ‘public duty’, post-examination of whatsoever nature, it can be declared the ‘eligibility’ is still falling short of an actual ‘appointment’. A ‘public duty’ interests the public or the community at large. Considering that, improper performance of ‘public duty, as we have learnt, has serious consequences, the choice of who shall perform a public duty should be as proper and rational as it could be.

(Rudrajyoti Nath Ray, is an advocate at New Delhi and Kolkata. The views are personal.)