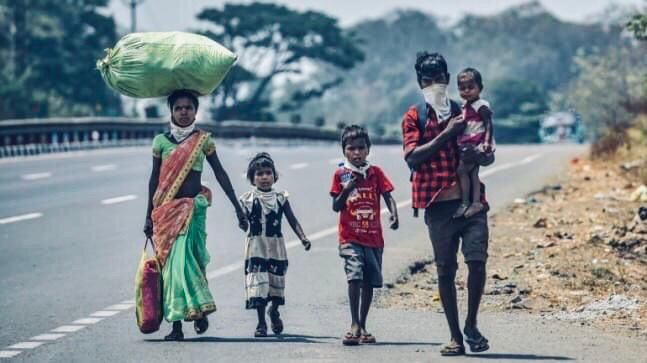 The pandemic of COVID-19 has resulted in one of the worst mass layoffs since the Great Depression. There is a huge concern that the crisis will exacerbate poverty and aggravate inequality around the world, with long-term consequences. It is crucial to develop an appropriate framework for countries to avoid the ongoing job crisis from escalating into a social crisis. The focus should be on rebuilding a resilient and sustainable labour market as it is a critical investment in the future and the long run, says DR GYAN PATHAK.

THERE is still a risk of a rapid buildup of long-term unemployment almost a year and a half into the pandemic crisis. At the end of 2020, there was a 60 percent increase in the number of people who had been unemployed for at least six months. This figure has continued to grow in the first quarter of 2021. Workers, who have not regained normal working hours are at a higher risk of becoming unemployed. At the same time, many of those who lost their jobs during the first phase of the pandemic have been jobless since then, and they may find it increasingly difficult to compete with those whose jobs were previously sheltered, as many job retention schemes are being phased out.

The pandemic’s influence on global employment opportunities and workforce

Though people and governments have managed to learn to coexist with the COVID-19 virus, allowing many to return to work, the deeply sectoral nature of the crisis and differences in the sheltering offered by various types of jobs have left some to bear the brunt of the burden in terms of job losses and reduced working time, as per the OECD Employment Outlook 2021.

Those working in low-paying jobs, often with fixed-term contracts, or with a low level of education, and especially youth, have been severely affected by the crisis’s ravages. These group’s working hours have decreased disproportionately, and unemployment has accounted for a larger share of the alteration.

Firms are also restructuring in ways that accelerate pre-existing megatrends like automation and digitalisation, which will have additional consequences.

According to the report, there are over 110 million fewer jobs worldwide, with a 20 million decrease in job availability in OECD countries.

Furthermore, many countries are providing unprecedented levels of assistance through job retention initiatives and income support, which are assisting many households in sustaining the pandemic. As a result, there is light at the end of the tunnel, but it shines brighter for some than others. It reflects inequality, which has already been expanding.

Cultural and gender disparities in the midst of the pandemic

Unemployment is high and job opportunities are not expected to retrieve swiftly. Youth, women, people with lower education levels, and self-employed people were particularly hard hit by the catastrophe and continue to stay among the most vulnerable.

The first wave of the crisis disproportionately affected temporary workers, while the second wave adversely affected workers in non-standard employment, whether temporary or self-employed, with significant implications for income security and well-being because they were not protected.

Those who lost their jobs at the beginning of the pandemic may be in even a much worse position now that the labour market is still unstable.

The full impact of the crisis on the labour market has yet to be experienced, and the final magnitude of net job devastation is likely to be determined not only by the length of restrictions but also by expectations and long-term shifts in consumer demand and technology.

The global recovery continues to be a struggle for job opportunities in the face of the pandemic. The labour market recovery will be slow in most countries.

Since economies are slowly recovering, employment growth will be eventually slow, raising the possibility of long-term unemployment.

Unemployment has declined since its peak in 2020, but it remains higher than it was in 2019. In May 2021, the OECD countries’ unemployment rate as a percentage of the labour force reached 6.6%.

A more recent trend is that many unemployed people are not actively looking for new jobs. The main reason was a lack of available jobs, as well as the difficulties in finding one.

The social and economic disparities have also widened. As the economy improves, this situation has the potential to worsen further.

The report recommends the reconstruction of a more resilient and inclusive labour market, as well as the rectification of long-standing structural flaws exacerbated by the COVID-19 crisis.

Failure to recognise inequality and exclusion now is likely to exacerbate societal divisions and could negatively affect the efficiency rate and economic recovery. In the changed scenario, approximately 53% of countries increased support for job applicants, and approximately 52% increased support for matching skill needs and talent. It is recommended for all countries because investing in productivity and jobs will aid people in going back to work.

A more stable and efficient government framework to combat unemployment

What should governments do?

The first of the top three suggestions is to ‘invest in productive jobs.’

Fund reskilling, especially green and digital skills, to guide job seekers to emerging employment opportunities, while also assisting firms in transitioning out of support and identifying the skills and workers they require – and hiring them.

‘Tailor employment support and training’ to further develop specific measures to assist the most vulnerable groups (youth, women, low-skilled workers, and some self-employed) in reintegrating into the labour force.