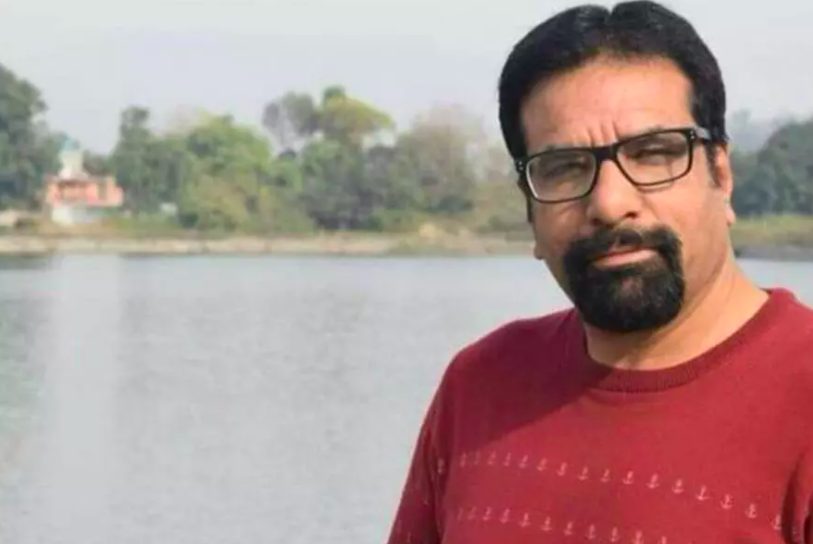 The killing of Rakesh Pandita, a municipal council chairman and member of the BJP in Tral, has rekindled discussions on the law and order situation in Kashmir under Governor’s rule. The Governor and central government talk about normalcy, but at least nine elected representatives have died in targeted killings over the last year. In August 2019, after revoking Article 370, the Centre bifurcated the erstwhile state of Jammu and Kashmir into two Union Territories and suspended its Legislative Assembly. The BJP had then said the local body elections signalled a revival of democracy in the Valley. It proceeded to showcase the block development council (BDC) elections held in December 2020 as a mandate on Article 370 and attempt to restore the democratic process.

However, the National Conference and Peoples Democratic Party (PDP) boycotted the panchayat election. It turned out to be a local election with one of the lowest turnouts ever in the Valley. In this, the BJP seized an opportunity to register a grassroots presence in the Valley. It allied with the People’s Conference of Sajad Lone and won seats, mostly uncontested, even in South Kashmir. There were no candidates on 185 of the 624 wards in ten districts of the Valley. In 231 of the remaining 439 wards, there were single candidates. So, voting took place only in about one-third of the total seats. Not a single voter turned up at two of these seats, and on the rest, the voting percentage varied from 3.4 to 8.3% in the four rounds. Concerns regarding the security of contestants were so serious that they had to stay at hotels and rest-houses in urban centres instead of the rural constituencies.

However, militants started targeting the elected representatives once the election was over. Their aim is clearly to hamper any electoral processes and register their disapproval for the Indian authority over Kashmir. Unfortunately, the government has failed to create a sense of security even for its representatives in the Valley.

IS THIS A COMMUNAL KILLING?

Since the assassinated municipal councillor is a Kashmiri Pandit, the right-wing has labelled it a targeted killing by Muslim fanatics. Many websites and social media influencers echoed this view, and unsurprisingly, it garnered support from a section of migrated Kashmiri Pandits from all over the world. Kashmir is a complex region, so it would be naïve to ignore the role of religion in its politics and society. So, for example, the targeted killings and subsequent exodus of the Kashmiri Pandit community in the nineties is a painful fact. However, there are other facts too, and they are equally painful and noteworthy. For example, that political killings do take place in Kashmir but transcend religious identities. The very first political killing in the Valley was of National Conference activist Mohammad Yusuf Halwai in 1989.

The Valley has subsequently lost Mirwaiz Farooq, Qazi Nisar Ahmed, Tika Lal Taploo, Mir Mustafa, Abdul Sattar Ranjoor, HN Wanchoo, Ghulam Qadir Wani and his son Nazir Ahmad Wani, Maulana Mohammad Sayeed Masoodi, Aga Syed Mehdi and Abdul Gani Lone. These are just some of the more than 5,000 leaders and activists across political formations killed over the last three decades. A few got targeted for their religious identities; however, the primary reason why they were assassinated or attacked is the extent to which they hold allegiance to India and the democratic process in Kashmir.

To analyse the present spree of political killings one must keep in mind that since the Wandhama massacre in 1998 Kashmiri Pandits living in the Valley have not been attacked. In fact, the current assassination spree started with the killing of Congress sarpanch Ajay Pandita in Lukhbhawan village of the Larkipora area in Anantnag district on 8 June 2020. Ajay, like the majority of Kashmiri Pandits in the Valley, had migrated to Jammu from Lukhbhawan in 1990 when militant groups targeted members of the community. His family returned to Kashmir in 1996 and lived in a government colony in Khanabal, Anantnag, for a few years. In 1999, Ajay returned to Lukhbhawan, a Muslim-dominated village. In 2018, he was elected as the sarpanch. His family claimed they faced no hostility during their decade-long stay in the village. However, once Ajay became the sarpanch, he was assassinated. No militant organisation took responsibility for the killing, but the police claimed it was a targeted killing by the Hizbul Mujahideen. There was not much of a reaction in the Valley, though every political party condemned it and demanded security for local body representatives.

Still, militants killed another elected representative a month later. On 8 July 2018, former district president of the BJP in Bandipore, 28-year-old Shiekh Waseem Bari, was killed along with his father Bashir Ahmad and brother Umar in the main town of Bandipore. The family had ten security personnel, but unfortunately, none were present during the incident. Two more members of the BJP, Sheikh Sajad Ahmed (also a sarpanch) and Abdul Hamid Najjar were also killed at Vessu in Qazigund and Ompora in Budgam respectively. Security was beefed up considerably after these incidents, but an “unidentified gunman” struck again, killing Bhupinder Singh, a Sikh chairman of the Block Development Council at Khag on 23 September. Three Muslim BJP activists were also attacked at YK Pora in Kulgam on 29 October. In October, “unidentified gunmen” attacked BJP leader Ghulam Qadir, who retaliated and survived. His PSO was shot dead, as was an assailant, later identified as Shabir Ahmad Shah from Tral. Another councillor, Riyaz Ahmad Peer, and his SPO, Shafqat Nazir, were killed in March 2021 in Sopore. His father-in-law Shamsuddin Pir was injured in the firing. Police claimed the attackers belonged to Lashkar-e-Toiba and that one of them was a foreigner.

No militant organisation took responsibility for any of these killings. However, a lesser-known homegrown militant organisation, People’s Anti-Fascist Front, which is said to be an offshoot of the LeT, has claimed responsibility for the murder of Rakesh Pandita. The outfit was in the news when it released a video of an attack on security forces in Lawaypora, Srinagar, on 25 March. Three soldiers, including a sub-inspector of the CRPF, died in this attack.

The religious profiling of these victims cannot provide any definite explanation for these killings, while political profiling certainly indicates a pattern. The pattern is that elected leaders across political affiliations are targeted by terrorists in general and at the moment, it is members of the BJP who seem to be in the crosshairs. Even BJP state general secretary (organisation) Ashok Kaul has refrained from making communal remarks after Pandita’s killing. He tweeted a strong condemnation and said those “responsible will not be spared”. The otherwise vocal BJP state president Ravinder Raina blamed Pakistani terrorists for the attack but refrained from giving the incident a communal colour.

Militants had opposed the recent election and issued open threats against participation in it. They consider the elected representatives as allies of India and hence traitors to their cause. The killing of political activists from mainstream or constitutionalist parties sends a clear signal across the Valley that anyone who defies the militants is vulnerable. It plays a role in keeping people—regardless of their religious identity—away from the political process.

Soon after the assassination of Rakesh Pandita, Jammu and Kashmir Police said the deceased was a “protected person” who had two PSOs and a secured accommodation in Srinagar. “However, at the time of the incident, he was without any security as he defied the SOPs [Standard Operating Procedures] and went to his native village without PSOs,” the police said in a statement. Inspector-General of Police, Kashmir, Vijay Kumar, requested those who have security retinues to not move around without them. “Visits are allowed only after ground assessment of local threat…We request all protectees not to violate SOPs and risk their lives unnecessarily,” he said.

Anyone familiar with the region knows that Tral, Pulwama and Shopian in South Kashmir are “sensitive” areas even by the standards of Kashmir. Though, one can ask that if public representatives cannot roam around in their areas independently, then what purpose does an election serve?

That apart, the more puzzling riddle is of “unidentified gunman”. This term has been used in Kashmir for three decades. While the Union Territory of Jammu and Kashmir, particularly Kashmir, has the highest numbers of security forces, very rarely are these “unidentified gunmen” caught and tried by law. Every death is a mystery and it is a common conception that the guilty are never punished—neither those who played a role in the killing of Pandits nor those responsible for incidents such as Kunan-Poshpura. That is why every Kashmiri feels betrayed and their faith in law and justice have been tarnished irreparably.

Another question must be raised: How is it that militants always successfully annihilate the pro-India voices in the Valley? The case of Fazal Haq Qureshi is an apt example. He was a Hurriyat activist during the peace process initiated by former Prime Minister late Atal Bihari Vajpayee and played a key role in organising a cricket match between the Army and Hizbul Mujahideen. Later, he was attacked and it left him paralysed. When I met him some years ago at his residence at Shora in downtown Srinagar, he still had a photograph with Vajpayee displayed in his living room. The irony peaked when his security cover was snatched in 2019! The failure to protect liberal and constitutionalist voices in the Valley had seriously discouraged pro-India sentiment and the abrogation of Article 370 and snatching away of statehood has further demoralised its people.

A permanent sense of insecurity has settled in that neither lets the Kashmiri Muslims live a normal life nor encourages Kashmiri Pandits to return to their homeland. All the communal gung-ho, coupled with the economic ruin of the Valley in the last few years, will do nothing for the Kashmiri Pandit community. The party that promised to ensure the repatriation of Pandits has done nothing to help them in the last seven years of its political dominance over national and state politics. Once again, it stands proven that a sense of security cannot be guaranteed with a draconian law like the AFSPA or heavy security force presence—just like a democratic process cannot be imposed through elections in which the people are not taken into confidence or which take place sans an environment that is democratic.

Three torturous decades of violence and counter-violence have tarnished the social fabric of the Valley, but peace cannot be guaranteed without taking people into confidence. It is high time the central government redesigns its strategy to include Kashmiris in the discourse. There must be an organic democratic process that starts from below, in which the security of people of every hue of socio-political life in the Valley is a priority.

Ashok Kumar Pandey is the author of Kashmirnama and Kashmir and Kashmiri Pandits. The views are personal.