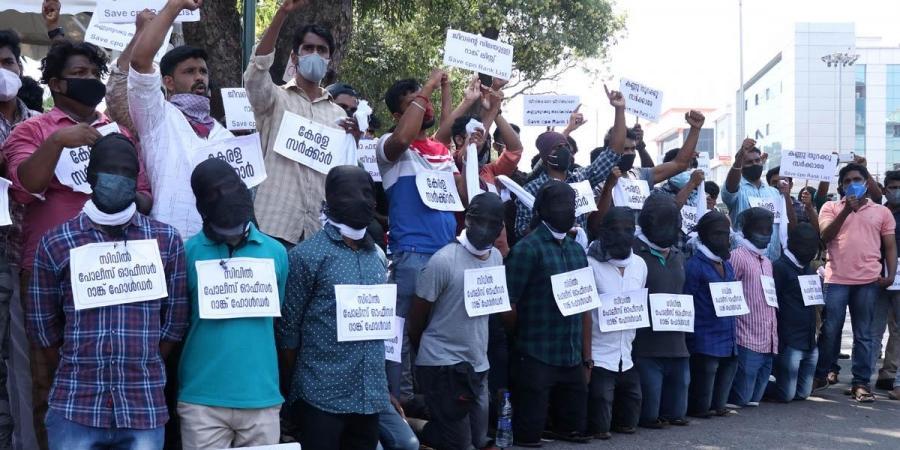 As elections near in the poll-bound- state of Kerala, the ruling Government faces agitated youngsters as they demand jobs to be given to those in the Public Service Commission lists rather than recruit temporary employees, reports PARVATHI SAJIV.

MORE than a hundred Public Service Commission ( PSC) rank holders crawled on their knees in the capital city of Kerala demanding the end of the regularisation of temporary employees in various government departments, self-governing bodies, and state-run corporations. The other demand is to appoint those in the PSC rank lists. The protest is now in its 21st day as people crawled from the Secretariat South Gate to the protest venue in Thiruvananthapuram.

The protests are gaining strength in various districts such as Kannur, Kozhikode, and Thiruvananthapuram.

The regularisation of temporary workers comes at the cost of various job aspirants in various rank lists of the PSC. Governments, along with several state-run corporations and self-governing bodies make temporary appointments without bringing the selection under PSC. A rough estimate shows that 1.50 lakh have been appointed temporarily in various government departments and entities.

The government has 5.28 lakh employees on its roll where around 20,000 retire every year. It is supposed to fill the vacancy by employing those from the rank list prepared by the PSC. But, if there isn’t a valid list, then it can recruit from the employment exchanges in all districts where 34 lakh youths have registered for the job.

While the PSC is supposed to be notified of the vacancy, the present situation is such that the department fails to report the vacancy to the PSC. As The Hindu Business Line reported, “This clears the ground for wheeler-dealers in the corridors of power to ‘fix’ the vacancies with nominees of ruling political parties temporarily.”

The Kerala Cabinet met on Monday and decided not to take a decision regarding the matter.

Laya Rajesh, one of the agitators feels that the protest is being called a politically motivated one, thereby not getting the required attention from the government. The Opposition parties have condemned the government’s evasive approach to the issue and urged them to listen to the protestors.

(Parvathi Sajiv is a student of the Symbiosis Centre of Media and Communication, Pune and is an intern with The Leaflet.)