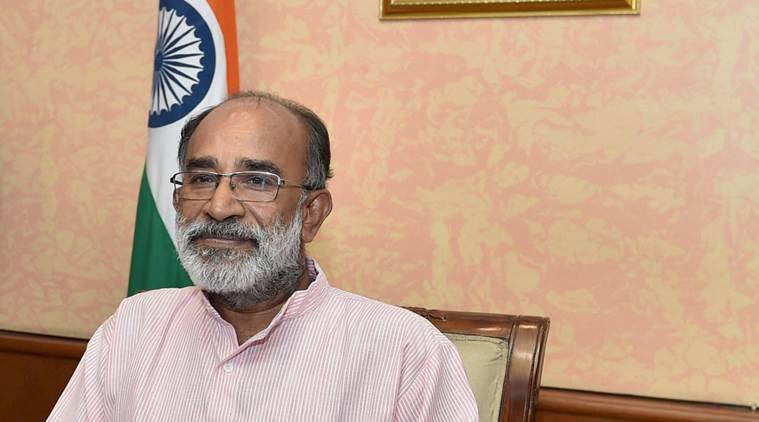 Private Member’s Bill to amend the Preamble to the Constitution: An Explainer

A Bharatiya Janata Party (BJP) Member of the Rajya Sabha, K.J. Alphons, has sought to introduce a Private Member’s Bill to amend the Preamble of the Constitution. The Deputy Chairman, Harivansh Narayan Singh allowed its introduction, although two members, namely, Rashtriya Janata Dal MP Manoj Jha and Marumalarchi Dravida Munnetra Kazhagam (MDMK)’s Vaiko protested, saying such draft legislation requires the prior assent of the President. According to Jha, the Preamble, being a part of the basic structure of the Constitution, cannot be amended.

However, accepting the suggestion of the Minister of State for Parliamentary Affairs, V. Muraleedharan, the Deputy Chairman agreed to reserve his decision, and give a ruling at a later time. The Leaflet explains the controversy.

What are Private Member’s Bills and how are they introduced?

Private Members may move a legislative proposal or a Bill which they think is fit to be included in the Statute Book. The member may give notice of his or her Bill along with the text of the Bill to be drafted by him or her as the Secretariat may render only technical advice, if so desired, in the drafting of a Bill by a Private Member. In respect of the Private Members’ Bills, the Members may not have access to expert advice, and there are certain procedures regulating the consideration of such Bills.

The first and foremost requirement in the case of a Private Member’s Bill is that it should be within the legislative competence of the Parliament. In other words, the subject of the Bill should relate to the subjects included in the Union or Concurrent List contained in the Seventh Schedule of the Constitution of India.

Second, notices of Bills are required to be accompanied by copies of the text of the Bill, together with a Statement of Objects and Reasons, duly signed by the member giving notice.

Fourth, a Bill involving proposals for the delegation of legislative power to any executive authority should be accompanied by a memorandum explaining such proposals and drawing attention to their scope, and stating also whether they are of a normal or exceptional character.

Fifth, if the Bill is one which, under the Constitution, cannot be introduced (Articles 3 and 274 of the Constitution) without the previous sanction or recommendation of the President, the member-in-charge of the Bill should annex to the notice, a copy of such sanction or recommendation as the notice is not valid until this requirement is complied with. While Article 3 deals with the formation of new states or alternation of names or boundaries of existing States, Article 274 deals with Bills affecting taxation in which states are interested.

Sixth, a Bill which, if enacted, would involve expenditure from the Consolidated Fund of India, cannot be taken into consideration or referred to a Select/Joint Committee unless the member-in-charge obtains the requisite recommendation of the President for consideration of the Bill under Article 117(3) of the Constitution. In case of such Bills, members-in-charge should obtain the recommendation of the President beforehand in order to enable them to proceed further with the Bill.

What is the success rate of Private Members’ Bills

The Rights of Transgender Persons Bill, 2014, moved by the Dravida Munnetra Kazhagam MP, Tiruchi Siva, was passed by the Rajya Sabha in 2015, but was defeated in the Lok Sabha. The Government then introduced its own Bill, and passed it, without including the salient features of Siva’s Bill, which sought to create a statutory commission along the lines of the National Commission for Women for the community.  Siva’s Bill also made provisions for a two per cent reservation for trans persons in jobs and education, but the Government didn’t make any such provision.

What does Alphons’ Bill aim to achieve?

Secondly, for the words “EQUALITY of status and of opportunity”, the Bill seeks to substitute the following:

“EQUALITY of status and of opportunity to be born, to be fed, to be educated, to get a job and to be treated with dignity,

ACCESS to information technology and all its implications, irrespective of caste, creed, social status or income;”

Third, for the words “FRATERNITY assuring the dignity of the individual and the unity and integrity of the Nation”, the Bill seeks to substitute the following, namely: –

Was the Preamble to the Constitution amended earlier?

The expression “SOCIALIST SECULAR” was inserted in the Preamble after the word “SOVEREIGN” and before the words “DEMOCRATIC REPUBLIC” by the Constitution 42nd Amendment Act, 1976 during the Emergency.  The amended phrase now reads as “WE, THE PEOPLE OF INDIA, having solemnly resolved to constitute India into a SOVEREIGN SOCIALIST SECULAR DEMOCRATIC REPUBLIC and to secure to all its citizens …”

The same amendment also inserted the words “and integrity” between the words “unity” and “of the Nation”.  The amended phrase, at present, reads as follows:

“FRATERNITY assuring the dignity of the individual and the unity and integrity of the Nation”;

After the Indira  Gandhi government introduced these amendments through a Government Bill, its successor Janata Party Government did not seek to reverse these changes, although the latter had reversed most of the draconian amendments to the Constitution, carried out during the Emergency.

As the Bill aims to achieve equality of status and opportunity to be born, fed, and educated, apart from guaranteeing jobs and access to information technology, it is possible to suggest that it will involve expenditure from the Consolidated Fund of India, and therefore, will require the President’s recommendation in terms of Article 117(3) of the Constitution.  It can also be suggested that these promises in the Preamble would involve revenue mobilisation through taxation, and therefore, impinge on the states’ interests in the federal set-up. The rigour of Article 274, may therefore, be attracted, barring the introduction of such a Bill.