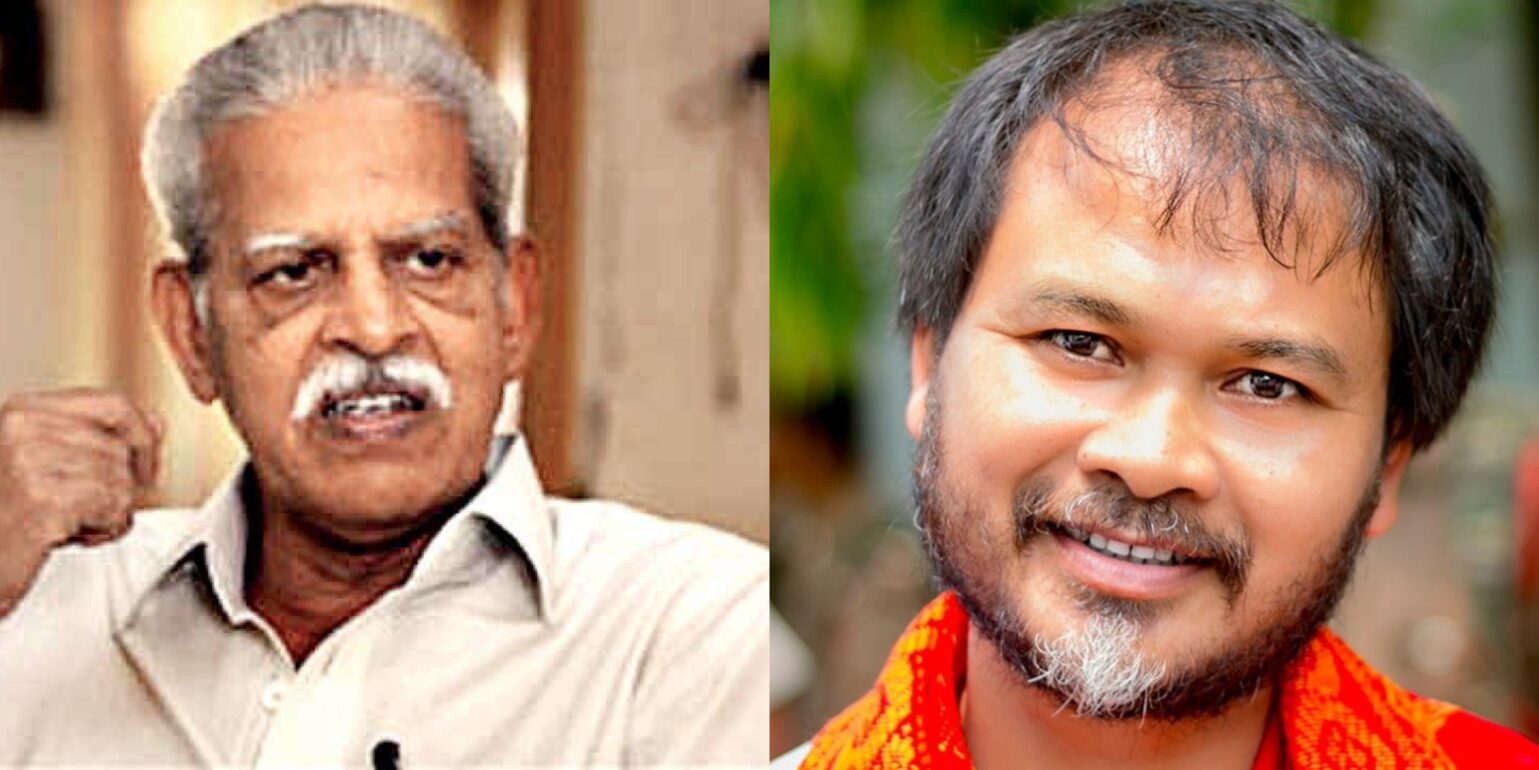 Prisoner, Pandemic and the Apathetic State: Why the court should read Vara Vara Rao’s poem

After a lot of drama, imprisoned poet and activist Varavara Rao, 79,  was shifted to Saint George Hospital in Mumbai after testing positive for COVID-19. He has been moved from the Taloja jail prison hospital to J J Hospital in Mumbai last week. This was done after his family members raised an alarm on his deteriorating health condition and lack of adequate medical attention in Taloja jail. He has reportedly been sick since May, when he was last shifted to J J hospital in the city and hurriedly discharged before his bail hearing. Rao was a professor of Telugu literature, editor of Srujana, a literary journal and one of the founders of Virasam, a progressive writer’s movement.

Considering his age, extra care should have been taken to look after him during the pandemic. It came as no surprise that he became a victim of COVID-19.

The saga of how he was treated by the state was there for all to see. What stands out is the complete lack of respect for basic human rights, empathy, and humaneness. The National Investigation Agency took a stand that the family, who was pleading for his release, was using the pandemic as an excuse.

It was heart-wrenching when family members of the poet said that they found him lying in urine-soaked sheets at J J Hospital. There was no staff present to attend to him. When questioned, the hospital authorities said that no treatment could be administered in the transit ward as it had no facilities or equipment. This was despite the fact that he was admitted days before. When they requested that the bedsheets be changed, the family members were forced out of the hospital.

On July 11, his family had released a press statement underlining that he needed care as his health was deteriorating in prison.  When they managed to talk to him during a brief two-minute phone call that is permitted, the poet sounded delirious and severely ill. Hence they raised the call of “Don’t Kill Vara Vara in Jail”. The news came as shock to members of the Indian Civil Society. Historian Romila Thappar and others, wrote to the Maharashtra Government urging that the ailing poet be given immediate medical care.

Rao was then shifted to J J hospital raising the hope that the quality of care administered to him would improve outside the prison hospital. A Writ Petition filed in Bombay High Court on his behalf noted the inadequate care he received at the prison hospital which lacked qualified staff and infrastructure. However, it seems that the state’s negligence towards his health continued as he remained unattended.

Notably, he is not the only political prisoner to have tested positive for COVID-19 and still be kept under arrest by the state.

Assamese activist Akhil Gogoi, who along with his co-accused, tested positive for COVID-19 is still waiting for relief from courts. Yesterday, he received bail in three cases but his bail application is pending in two other cases before the Special Court of National Investigative Agency. Gogoi’s arrest is a trademark case of ‘evergreening FIRs’ whereby the state lodges multiple FIRs to ensure continued detention of the political prisoner, despite bail in one or more FIRs. The result of this evergreening today is reflected in his continued incarceration while testing positive for COVID-19.

COVID-19 cases have been surging in Maharashtra prisons with 596 inmates and 167 prison staff reportedly having tested positive.

The Supreme Court had directed for the decongestion of prisons and the constitution of High Power Committees by state governments to overlook the same as early as in March. However, governments have been slow in their actions. Each positive inmate and staff has exposed multiple other inmates to COVID-19.

Vernon Gonzales, another lawyer-activist arrested for Elgar Parishad’s case, was taking care of Vara Vara Rao while he was at the hospital prison and now Rao is battling the virus.

Elgar Parishad was an event held on 31 December 2017 to commemorate the 200th anniversary of the Battle of Koregaon Bhima. In earlier weeks, Hindutva activists Sambhaji Bhide and Milind Ekbote’s had resolved to treat Bhima Koregaon celebrations as a black day. Reportedly violence erupted on 1 January 2018, after saffron flag carrying groups entered the scene. The state arrested several activists present at Elgar Parishad for inciting violence and allegedly fabricated evidence for plotting the assassination of the Prime Minister.

Prisoners, especially those with co-morbidities and who are 50 years and above should have been released before coronavirus started spreading in the prison. Activists like Shoma Sen, Anand Teltumbde, and Rao have been appealing to the government and the courts to release them in view of their old age and high level of risks. However, their appeals were rejected on the grounds that they had been detained under the draconian Unlawful Activities (Prevention) Act, 1967. (UAPA). The High Power Committee of Maharashtra government created an exception against granting bail to UAPA undertrials. It ignored their age, predisposed vulnerabilities to COVID-19, and the fact that they aren’t a flight risk.

Activists continue to call for a humane treatment to Rao and many others imprisoned like him. “Revolutionary poets are imprisoned and condemned to death for sedition but their songs flow through the prison bars to become a living voice of the people. “

Perhaps, this poem should be read to the court that is due to hear his bail application today.

(The author is a socio-legal researcher. Views expressed are personal.)