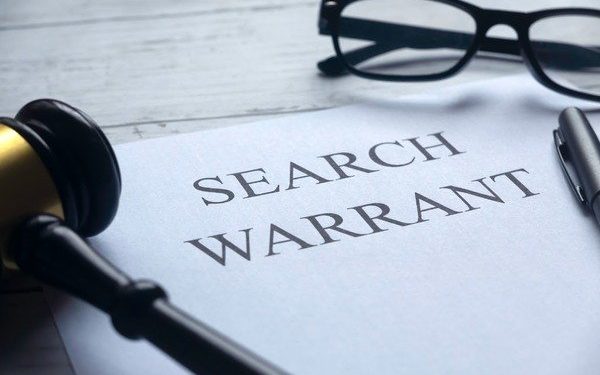 Power to search by police officers without search warrants: an explainer

In the fourth part of an explainer series on criminal law, ADVAIT TAMHANKAR and ASHWINI ACHARI elaborate upon the police’s power to conduct search of any place without a search warrant as per the Criminal Procedure Code.

THE Police officer conducting investigation, is empowered under Section 165 of the Criminal Procedure Code [CrPC] to search any place, within the local limits of the Police Station of which they are in-charge or to which they are attached, where they reasonably believe to find anything necessary for the purpose of investigation being conducted by them, without obtaining a search warrant.

Limits on this power

It must be noted that this power can be exercised only after the officer records their grounds of belief that such a thing cannot be obtained without undue delay, that is, without obtaining a search warrant from a competent magistrate. The said grounds, as recorded, must be forwarded to the concerned Magistrate forthwith.

The owner or occupier of the place which is searched as mentioned above is entitled to receive, free of cost, a copy of the reasons recorded by the Police for conducting search without obtaining a warrant, and for the same such a person shall make an application to the Magistrate.

It must be clarified at this point that such an investigation can only be conducted by an officer of or above the rank of Sub-Inspector of Police.

However, with regards to a particular case, if the police officer making an investigation intends/requires a search to be made outside the local limits of their police station, then in such an event the said police officer is empowered under Section 166 of the CrPC to make a request to an officer in-charge of the police station within whose local limits such search is proposed to be made, to conduct the search as requested.

Such search as referred in under section 166 shall then be made by the officer in charge of that police station as if they were conducting the search within their own local limits as provided under section 165.

However, when the officer conducting investigation makes a search outside the local limits of their police station, it is mandatory upon such an officer to send a notice along with the list of documents seized during the search, if any, to the officer in-charge of the police station within whose local limits the search was made. The officer shall also forward the same to the Magistrate empowered to take cognizance of the offence.

Please note that a list of items/documents seized during a search must be made in accordance with the provision of Section 100 of the CrPC.

The police officer conducting investigation can also make an application to the competent court under Section 166A of CrPC to issue a letter of request to any court or authority outside India to conduct investigation (recording statements, collecting evidence) in that country or place.

When such an investigation is conducted in a country or place outside India, the same shall be forwarded in original or authenticated copies thereof, to the court which issues such letter of request.

Reciprocal provision for conducting investigation in India upon receipt of a letter of request from a court or authority in a country or place outside India is given under Section 166B of CrPC wherein, upon receipt of such a letter of request, the Union Government shall forward the same to the Magistrate or any police officer who shall thereupon conduct the investigation.

The aforesaid provision, laid down under sections 166A and 166B, is majorly used by union government Agencies such as the National Intelligence Agency, the Central Bureau of Investigation, and the Narcotics Control Bureau, among others since the same are invested with investigation of offences having international ramifications.

The next part in this series shall look at default bail, also known as mandatory bail.