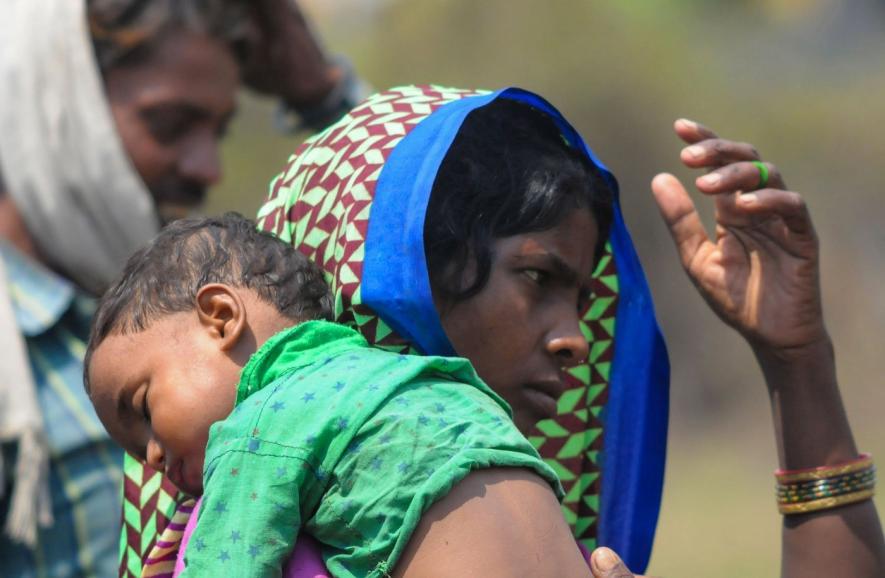 Many events occurred during the pandemic, including the loss of jobs, controversial bills being passed and consequent protests. The Oxfam Inequality Report 2020 released recently reveals that the Indian poor were globally the most distressed says NITYA CHAKRABORTY.

PRIME Minister Narendra Modi has mastered the art of promising the moon to distressed Indians. Addressing a meeting in Kolkata to celebrate the birth anniversary of Netaji Subhash Chandra Bose, Modi said that “Today the world is seeing India in a new avatar, from LAC to LOC, wherever anyone is trying to pose any challenge to the territorial sovereignty of the country, is given a befitting reply”. He said that Netaji would be satisfied and proud to see this new self-reliant India.

Oxfam’s Inequality Report 2020 reveals that the Indian poor was the most distressed in the world among the developing countries due to the COVID-19 pandemic.

But what is happening to the builders of that new India? Within 48 hours of the Indian Prime Minister’s address, Oxfam’s Inequality Report for 2020 reveals that the Indian poor was the most distressed in the world among the developing countries due to the COVID-19 pandemic. This was due to the strictest lockdown imposition without any requisite planning to take care of the vulnerable sections. What is most disquieting is that the rich Indians have prospered immensely during this pandemic, while the workers, the unorganised and the salaried employees took the brunt.

STATISTICS OF THE OXFAM REPORT

In its Indian section, the Oxfam report candidly reveals how the economy has functioned and for whom, the Modi government’s policy interventions helped.

The fact remains that the wealth of Indian billionaires increased by a massive 35% in the last 10 months.

The Oxfam report states that just the increase in the top 100 billionaires’ wealth could sustain the MGNREGA for ten years.

These billionaires have reaped maximum benefits from the Modi government’s stimulus, which has only widened the inequality further during 2020-21 fiscal.

As per the findings of Oxfam, 1,70,000 people lost their jobs every hour in April 2020. That was the harshest period of the first lockdown. After that in varying phases, the workers started going back to work. Even after ten months after the lockdown was announced on March 24 last year, the jobs have not gone back to the pre lockdown level. The companies have started operations with fewer workers leading to the staggering rise in the number of unemployed. The CMIE report says that many companies are making higher profits this fiscal at the cost of job contraction. The corporates are flourishing in many sectors, but the jobs are shrinking.

The removal of inequality and immediate programmes for tackling the unemployed and the job losers’ distress are getting no special attention from the Prime Minister’s Office and the Finance Ministry.

To add to all these negative indicators, inequality has increased dramatically in spread and intensity, with Oxfam calling COVID-19 an “inequality virus”. This burgeoning inequality is never taken into account by the government’s policymakers in budget discussions, and for the coming 2021-22 budget, the indications are no different.

The Prime Minister is enamoured of his own slogans for Atmanirbhar India and New India while neglecting those very millions who are the builders of his promised India.

THE GRIM REALITY OF INDIA TODAY

The Modi Government has acted against both the labour and the farmers’ interests, who are India’s real builders, taking advantage of the pandemic and restricting the scope for discussions and consultations in a democratic manner. The four labour codes were passed in the Parliament in a hurry in the last session without proper consultations with the central trade unions. The Central Trade Unions have declared their decision not to accept this, and they have boycotted the meeting with the Union Labour Minister.

The farmers had done their best in the current fiscal year by showing positive growth when the entire economy except agriculture was down.

The Indian labourers are enraged due to attacks on their job security, and the farmers are on the streets for protecting the food security and their land. The farmers had done their best in the current fiscal year by showing positive growth when the entire economy except agriculture was down. MRNGEA, which was earlier criticised by the Modi government, has helped in a big way in dealing with the rural distress in the period of pandemic and lockdowns.

If it had not been for MGNREGA and the National Food Security Act (NFSA), the distress would have been even more acute, and we would have probably seen food riots, anarchy, violence, and uncontrollable protests on the ground. These were laws that this government dismissed and derisively commented on as useless handouts earlier.

Recently, prominent food security activist Nikhil Dey pointed out that amongst relief and revival measures, what actually saved vast numbers of people from hunger, starvation, and destitution, were the MGNREGA, and the National Food Security Act.

MGNREGA is one of the most progressive gender-oriented forms of paid work where more than 47% of the workforce is women.

As Dey mentions, the 20211-22 budget is being framed at a time when millions of people have migrated back to their villages, and many are still there. 1,56 crore new job cards have been issued, and an additional 2.79 crore workers have sought and got work through MGNREGA. After the pandemic when 30% of women dropped out of the workforce, MGNREGA provided an additional avenue for paid work with 1.05 crore more women coming to work on MGNREGA this year. In fact, MGNREGA is one of the most progressive gender-oriented forms of paid work where more than 47% of the workforce is women, who get work near home, on projects that strengthen their development infrastructure, and where the money goes directly into their bank accounts.

Also, there is an existing provision to expand MGNREGA relief to 150 days in a “natural disaster”. However, despite the dire need, many households complete their 100 days of work, and this provision has not been activated. It would also require higher financial allocation. Despite COVID-19 being an unprecedented national disaster and letters from many states to the central government asking them to provide an additional 50 days of work and additional funds, India’s government has steadfastly refused to pass the requisite orders. The government’s refused to strengthen one of the most cost-effective methods available to provide employment security to people in distress.

The budget has to expand the work scope of MGNREGA if possible, and the labour days should be increased to 150 days instead of the present 100 days.

The outlay has to be doubled during 2021-22 fiscal. This higher allocation, along with a special programme for the urban poor and unemployed, is a must for tackling the affected population’s immediate distress.

The transfer of funds to the vulnerable sections is the only way to deal with the surging inequality in society. This will also pep up consumption and consequent demand. This will contribute to the revival of the economy in its own way, apart from the other growth-oriented measures planned in the budget.

The 2021-22 budget makers can only ignore this task to the peril of the Indian economy. (IPA Service)

(Nitya  Chakraborty is a senior Delhi based journalist. The views are personal.)