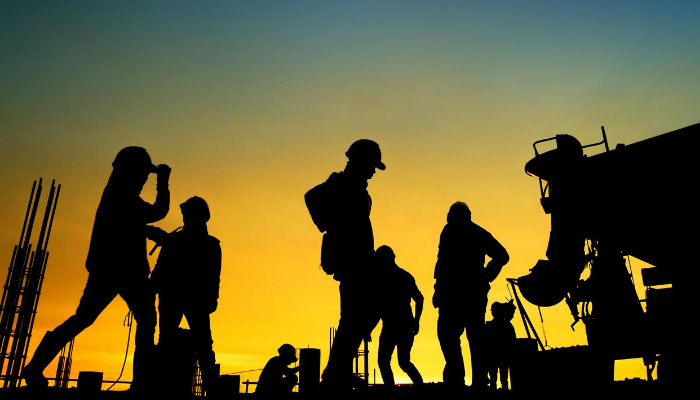 Politics of welfare, or lack thereof, of labour: Part I

IN September 2020, the President of India gave his assent to three out of the four proposed labour codes which propose to reform, consolidate and amend the vast majority of India’s existing labour legislations. It would be a huge understatement to say that the regulation, or lack thereof, of labour practices and industrial relations is a defining consideration in the life of working class Indians and therefore, the numerical majority of Indians. This is then, inarguably, a watershed moment for labour rights and social justice in post-colonial India.

Despite the name it carries out its agenda in, labour reform in India is, and has been, a story of betrayal. Labour welfare, much like the way it is deprioritised in the functionality of the present codes, is at best, a red herring, and at worst, a sacrificial lamb, when the question of labour reform is mooted.

In this two-part series, we argue that India’s existing labour legislations, that borrowed heavily, in substance and form, from the colonial administration, mirror the political economy under which the present labour codes are being enacted. Both then and now, which have been portrayed as watershed moments for working class Indians, labour welfare has taken a back seat to give way to the State’s underlying economic vision for the country.

While employing a rhetoric of prioritising workers’ interest and the management of ostensibly competing objectives (that of nation-building and labour welfare) the labour legal regime of post-colonial India has only served to betray those promises. We argue that a similar betrayal is on the cards with the present labour codes, except that the conception of economic nation-building is now framed with the neoliberal lens and not the post-colonial one.

We hope to show that, broadly, legal reform takes place in a firmly entrenched political economy and that it is important to recognise that infrastructure, and not just the individual laws at play, to correct the fundamental injustice at the heart of India’s labour reform and the politics surrounding it.

Also read: There Is No Labor Shortage, Only Labor Exploitation

Before proceeding to discuss the old and the new labour regimes, it is pertinent to understand the historical background of labour law in India.

The common law world, which included India, was based on the assumption that the legal obligations governing relations between workers and employers were a part of contract law, falling under the head, ‘the law of Master and Servant’.

Conspicuous by its absence here is the recognition of the peculiar vulnerability of individual workers as a result of their incapacity to parlay on equal terms with their employers. These laws not only assumed that the standing of workers in the employment ‘contract’ was somehow equivalent to that of the employer, but also believed that breach of a contract would invite criminal sanctions, which is alien to the common law of contracts.

This was a clear indication that the fundamental principle underlying the law of Master and Servant was profit maximisation and not worker welfare.

The burgeoning industrial unrest and the parallel unprecedented need for more production during the interwar period meant that the legislators could not be explicitly hostile to the interests of workers anymore. Western regimes and colonial superpowers were forced to reckon with the changing dynamics at the factories in their industrial towns, and make minute yet important concessions to workers in the form of legislations.

The Treaty of Versailles (1919), which marked the end of World War I, not only established the International Labour Organization but also recognised that it is the duty of all parties to the Treaty to recognise that “the well-being, physical, moral and intellectual, of industrial wage-earners is of supreme international importance”, and that “labour should not be regarded merely as an article of commerce”.

In the United Kingdom, there was a palpable advancement in the working conditions coinciding with a tectonic rise in the number of trade union memberships.

As labour jurisprudence moved beyond the power-disparity blind, contract-based understanding of industrial relations, India, now independent and post-war, enacted nearly 40 central labour legislations to govern and regulate the lives of workers in the new country.

It is here, in the structure and substance of the major legislations enacted by the new government, that the fault lines in the political economy of labour reform start appearing. The legislative infrastructure for industrial relations put in place by the colonial administration, at the height of World War II, was one that was heavily informed by considerations of maintenance of continued production and minimisation of unrest. This was materialised in the form the Defence of India Rules, 1942 (the name itself indicates the central concern of the instrument).

The Defence of India Rules created a legislative structure that relied on disincentivising collective bargaining by mandating compulsory conciliation and adjudication for all industrial disputes, and prohibiting strikes for their duration. This is just one example, though a significant one, in a broad legislative sweep that relied on the “maintenance of industrial peace” as its overt focus.

This model of what academic Debi Saini calls “juridification” (encoding labour power into individual legal battles) was, pretty much without alteration, imported by independent India for its industrial relations law, in the Industrial Disputes Act, 1947.

Also read: Who Will Penalize the Laxity on the Part of Law Enforcers? – Part I

Limited rights made available to workers

As a result, union empowerment and collective bargaining, the non-negotiable tools for labour welfare, were severely blunted. Instead, these laws followed a model of State paternalism where the government first acted as a mediator and then as a sponsor for a forum of adjudication with the limits of rights set at a floor of minimum rights articulated in the government’s laws.

As shown by labour scholar Shivangi Jaiswal, these laws were pushed through under the rubric of “nation-building” in the post-war, infantile economy of the freshly independent India. This can be seen from the statement of the then Union Labour Minister, Jagjivan Ram, in the Indian Labour Conference in 1947, where he said, “a strike in an important industry is not merely a dispute between an employer and a worker, but involves a stoppage of production which causes serious inconvenience to the community …’ (ILG 4/12 1947: 608).”

The invocation of the broader community was accompanied by references to an “economic revolution” for the “welfare of the country”. Jaiswal has noted that the Industrial Disputes Act was introduced in the post-war period, which witnessed a decline in demand for labour, and therefore, there was a consequent rise in industrial disputes (which nearly doubled between 1945 and 1947).

It became clear that the new spate of labour legislations were meant to secure labour cooperation through a process closer to disciplining, rather than mutual understanding, let alone social justice.

The legislative structure, embodied principally in the juridification of labour welfare under the Industrial Disputes Act and the weak role of unions envisaged under the Trade Unions Act, 1926, meant that labour power in India was taken away from workers and put into the hands of Conciliation Officers and government appointed Tribunals.

For instance, the Trade Unions Act provided for registration of unions but neither did it provide for recognition of unions as negotiating agents nor did it provide for any obligation on the management to negotiate with them. This meant that labour power and consequently, the question of labour welfare, was firmly rooted in the adjudicatory forums.

These mid-20th century labour laws undoubtedly required drastic restructuring, both to enhance the protections of the rights of workers, and to restructure the complex system with innumerable central and state labour legislations. Earlier governments toyed with the idea of labour law reform and pushed for it whenever it did not affect their electoral chances.

However, the Narendra Modi led-National Democratic Alliance government, which came to power with a neo-liberal mandate, was more decisive about the reforms.

(Raja VK Dandamudi is an LL.M. (Legal Theory) student at New York University School of Law. Sreeram VG is a labour and human rights advocate at the Bombay High Court. The views expressed are personal.)