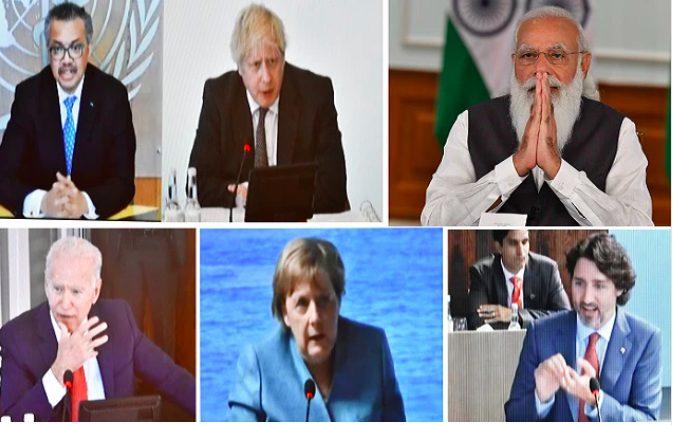 THE G7 in the recently concluded summit put out a statement using the term “politically motivated internet shutdown”. The term was described by the group as one of the main threats to a free society.  This change in terminology was brought in after India’s request to the UK.

The Indian government feared that the direct use of  “internet shutdown” would bring the government imposed internet restrictions to the centre of the debate. The government, in fact has been criticised by many foreign governments and human rights bodies in the past for its actions.

“Politically motivated internet shutdown” thus clarified that national security and public order could be an exception for curbing this freedom. This provided the Indian government with  the defence that internet curbs are necessary to save life and property during communal violence.

“Law and order situations are important and public safety has to be prioritised when regulating flow of information,” said S. Jaishankar, External Affairs Minister.

India was a special invitee to this summit along with South Korea, South Africa and Australia. India endorsed the joint statement only after making the host make necessary changes in its direct criticism of the internet shutdowns.

India was the worst country in this category last year, according to Access Now. The digital rights and privacy organisation stated that India accounted for 109 out of 155 shutdowns globally.

Yemen and Ethiopia ranked next with six and four shutdowns respectively. The Freedom house degraded India from “free” to “partly free” in its 2021 report. Suspension of communication services on multiple occasions was cited as one of the main reasons.

The most intense shutdown came after the abrogation of Article 370 on August 5, 2019. The shutdown lasted for six months until February 5, 2020.

Internet blackout was also imposed in Singhu, Ghazipur, Tikri and adjoining areas in February earlier this year. The National Capital witnessed the use of the same measures during the riots in February, last year.

The G7 is a group of the seven most developed economies in the world. Earlier, it was known as G8 with Russia included in the group. In 2014, the Russian annexation of Crimea led to its dismissal. There have been demands on many occasions to include more countries in the group.

India, in the past, had been invited to the G7 summit on multiple occasions. Former US President Donald Trump invited India last year, but the event was cancelled due to the Covid-19 outbreak.  In 2019, France had invited India. The choice to inviting a nation always relies on the host nation.

The G7 summit concluded at Cornwall, the UK with all the participating nations reaffirming their commitment to the “shared belief in open societies, democratic values and multilateralism as foundations for dignity, opportunity and prosperity for all”.