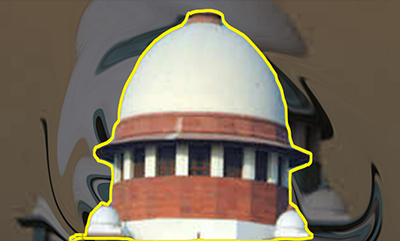 [dropcap]S[/dropcap]upreme Court of India has passed today a slew of directions on the appointment of the Director General of Police (DGs). The court was hearing an application filed by the Union of India seeking modification of the judgment of the apex court in Prakash Singh v. Union of India case (also known as the  police reforms case). The government sought modification of direction no.2 in the original judgment which read as follows:-

“(2) The Director General of Police of the State shall be selected by the State Government from amongst the three seniormost officers of the Department who have been empanelled for promotion to that rank by the Union Public Service Commission on the basis of their length of service, very good record and range of experience for heading the police force. And, once he has been selected for the job, he should have a minimum tenure of at least two years irrespective of his date of superannuation. The DGP may, however, be relieved of his responsibilities by the State Government acting in consultation with the State Security Commission consequent upon any action taken against him under the All India Services (Discipline and Appeal) Rules or following his conviction in a court of law in a criminal offence or in a case of corruption, or if he is otherwise incapacitated from discharging his duties.”

Appearing for the central government, Attorney General, K K Venugopal contended that out of 29 States, only 5 States — namely, Karnataka, Tamil Nadu, Telangana, Andhra Pradesh and Rajasthan — approached the Union Public Service Commission (UPSC) for empanelment. The other States did not follow the direction. He further stated that some States were appointing acting Director General of Police (DGP), which is in fact repugnant to the judgment of the apex court in the police reforms case.

On the other hand, Advocate Prashant Bhushan, appearing for the petitioner Prakash Singh, submitted that approach of the States were absolutely “unacceptable”. The Director General of Police would continue for at least two years irrespective of the date of superannuation, submitted Bhushan.

Advocate Gopal Sankaranarayanan representing an intervenor, submitted that the UPSC should act as per the directions of apex court and it is the duty of the Union Public Service Commission and the States to see that the candidates who come within the zone of consideration have two years to go so that there will be a fair competition.

The court after hearing the parties at length issued the following directions:

The court further instructed that the directions issued shall be followed scrupulously by the Union of India and all the States/Union Territories. If any State Government/Union Territory has a grievance with regard to these directions, liberty is granted to them to approach this Court for modification of the instant order.