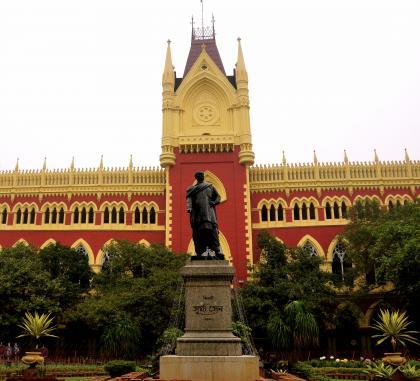 Amazed at the manner in which writ petition has been filed, says court

Citing an incident that had occurred on May 30, 2019 in Bhatpara, 24 Paragana, West Bengal, where seven people were arrested for chanting Joy Sree Ram while Chief Minister Mamata Banerjee’s motorcade was passing through, the Public Interest Litigation (PIL) petition filed by an advocate Partha Ghosh, had alleged that in detaining the accosters, the state authorities had imposed curbs on the right of a community to freely profess and propagate their religion. Ghosh had pegged his writ petition on the FIR that is said to have been registered against the seven persons to allege a fundamental rights violation.

“We are amazed at the manner in which this writ petition is filed seeking a declaration that it is part of fundamental right of a citizen to worship Lord Rama and to chant “Joy Sree Ram”, a division bench comprising Justices Thottathil B Radhakrishnan and Arijit Banerjee said on July 12, 2019 in reference to the petitioner’s use of the FIR to support his writ petition.

“The cause of action, which is attempted to be projected to sustain this writ petition, is an FIR stated to have been lodged or prayed to be lodged by S.I. Bhim Chandra Patra, Bhatpara I.C. under Jagaddal P.S., BKPC, reporting a particular incident…If an FIR is registered and if due investigation and enquiry discloses any cognizable offence, law will take its due course. If any person is aggrieved by any action in the jurisdiction of the police or of the court in taking cognizance, he has various avenues for challenging that,” the court pointed out.

Referring to the use of the FIR, the court, while dismissing the petition saidits utilization to generate an issue would be like “searching for a black cat in a dark room, which is not at all there.”