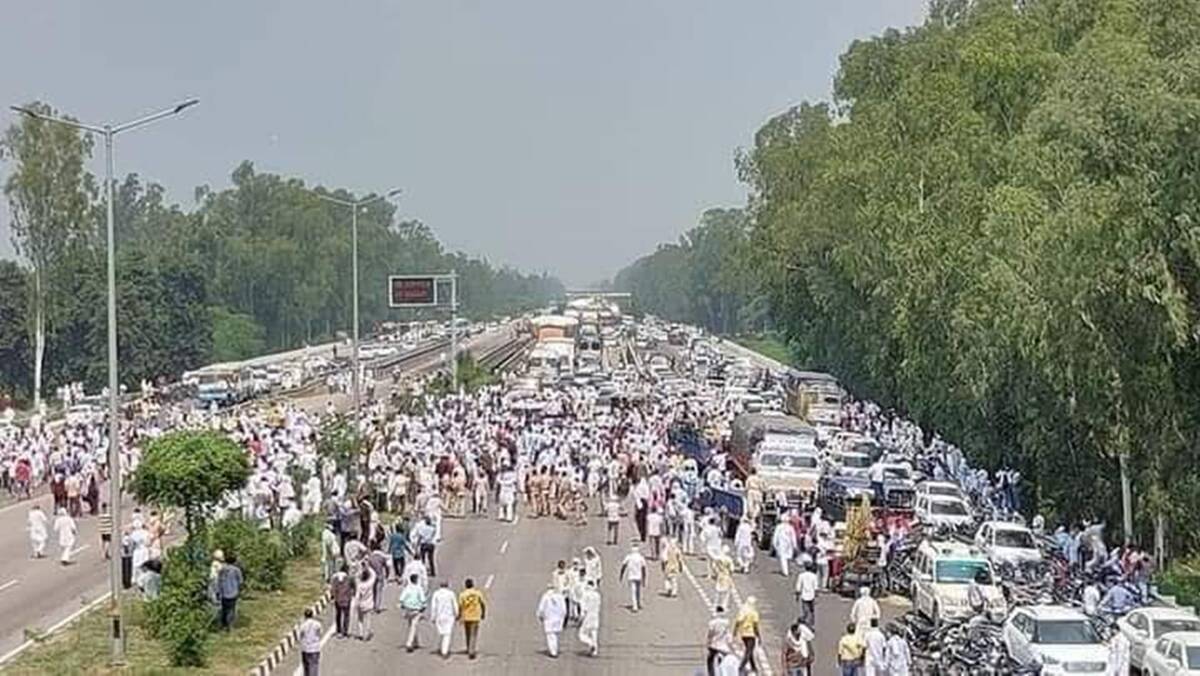 Photo: The Indian Express.
Democracy and Rule of LawFundamental Rights

The Leaflet·November 25, 2020
Home
Due Process
Democracy and Rule of Law

The Punjab and Haryana High Court Wednesday issued notice to the Harayana Government in a habeas corpus petition seeking the release of over 100 farmers who were allegedly picked up from their homes in various districts of Haryana at midnight ahead of the proposed farmers agitation in Delhi.

A single-judge bench headed by Justice Sant Prakash listed the matter tomorrow after Additional Advocate General for the State sought time to file a status report.

P&H HC issues notice to the #Haryana Government in a habeas corpus plea seeking the release of over 100 farmers who were allegedly picked up from Haryana at midnight from their homes. Adv @pkrapria appeared for the petitioner. The matter to be heard tomorrow.#FarmersProtest pic.twitter.com/tdR4L3Ndkb

Filed by an organisation called the ‘Haryana Progressive Farmers Union’, the petition said it was before the court because of illegal midnight raids and the illegal custody of farmers by the Haryana Police to sabotage the peaceful protest planned by farmers’ organisations against three contentious farm laws that were passed recently.

The plea added that farmers had been detained without any grounds for arrest and without the commission of any offence by detainees. This was clearly in violation of Article 19, 21 and 22 of the Constitution of India.

The petition claimed that at least 500 farmer outfits from across the country had extended support to the “Delhi Chalo” call by All India Kisan Sangharsh Coordination Committee (AIKSCC) under whose auspices agitating farmers will reach the National Capital on November 26-27 to press the central government to scrap the three anti-farmer legislations.

However, the government wants to stifle people’s voices by arresting and detaining them under preventive measures, the plea alleged.

Apart from the release of the detained farmers, the petition has asked for the appointment of warrant officers at state expense to visit all Police Stations/Jails in the State of Haryana, where the innocent farmers have been locked-up.

The plea has also sought compensation to those farmers who were illegally detained.

The petitioner was represented by advocate Pardeep Kr. Rapria.