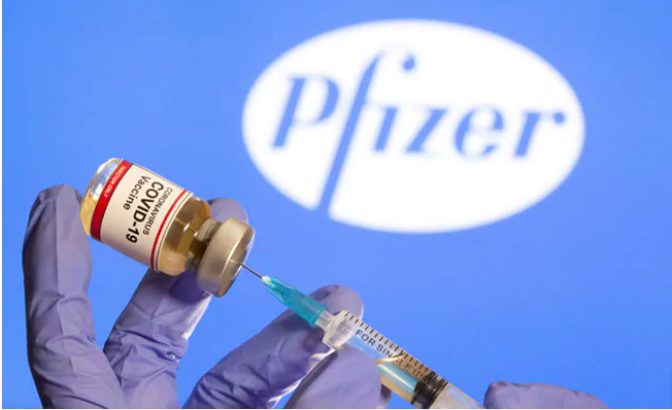 Pfizer Withdraws Emergency Use Request For COVID-19 Vaccine In India

After becoming the first pharmaceutical company firm to seek an emergency use authorisation from the Drug Controller General of India, for its COVID- 19 vaccine, Pfizer, the pharma major, has now withdrawn its application after getting clearance in the UK and Bahrain, reports RHEA BINOY.

The American drug major Pfizer said on Friday it has decided to withdraw its application for the Emergency Use Authorisation of its COVID-19 vaccine in India.

The decision comes after Pfizer participated in the Subject Expert Committee meeting of the Drug Regulatory Authority of India on February 3 who may have asked for more information from the drug giant.

The company spokesperson in a statement said, “Based on the deliberations at the meeting and our understanding of additional information that the regulator may need, the company has decided to withdraw its application at this time.”

It is however unclear what additional information has been sought from Pfizer, who developed the mRNA COVID-19 vaccine in partnership with the German biotech firm BioNTech.

The company informed that it will “continue to engage” with the authority and resubmit its approval request with the additional information that is needed, and “as it becomes available in the near future.”

The company spokesperson also said that the company is committed to making its vaccine available for use by the Government in India, and “pursuing the requisite pathway for emergency use authorisation that enables the availability of this vaccine for any near future deployment.”

After the drug major received clearance in the United Kingdom and Bahrain, it was the first company to seek an Emergency Use Authorisation from the Drugs Controller General of India, for its COVID-19 vaccine in the country. It had also sought a waiver of clinical trials in India under the provisions under the New Drugs and Clinical Trials Rules, 2019.

According to a report by The Indian Express, the firm was unable to present the case for an Emergency Use in India across several meetings with The Central Drugs Standard Control Organisation’s Subject Expert Committee.

The Pfizer India spokesperson informed The Indian Express that the company had been unable to participate in the previous meetings due to extremely short notices of a few hours or less, another factor involving was the time zone limitations given the fact that the team is primarily based out of United States.

Meanwhile, India continues its vaccination drive with Oxford-AstraZeneca’s Covishield and Bharat BioTech’s Covaxin, becoming the fastest in the world to give more than four million COVID-19 vaccine doses with a target to vaccinate 300 million people by August 2020.