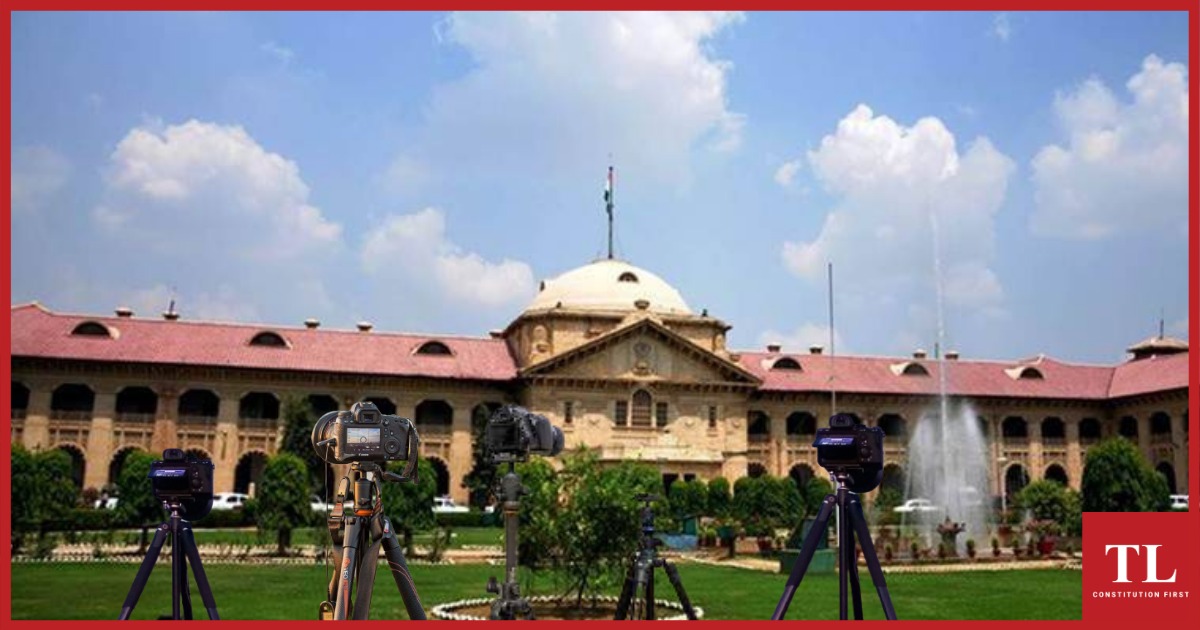 A petition has been filed in the Allahabad High Court seeking access to Virtual Court (VC) hearings, along with live reports and transcriptions of court proceedings.

The plea also seeks the court’s direction to constitute a dedicated media room on the lines of the one in the Supreme Court and the Gujarat High Court.

Besides, it asks for a single VC link for the entire cause-list of the Allahabad High Court for all the parties to join as they exist in the Supreme Court of India, Bombay High Court, Madras High Court, Kerala High Court, to harmonize the VC hearings with the ‘Open Justice’ principle.

The petitioners, a total of five in number, who are journalists and law students, have contended that owing to the ongoing COVID-19 pandemic, the access of litigants, media personnel and the public at large, to the Court proceedings, have been severely restricted.

“Even in the pre-COVID-19 era, court proceedings were largely inaccessible to the public at large. The people, for any information on court proceedings, in cases of constitutional and public importance or touching upon the rights of a considerable section of people, need to rely upon second-hand and hearsay sources, which, more often than not, suffer from various flaws and the vice of inaccuracy”, the plea states.

It asserts that people have a fundamental right to access to justice and the right to know under the Constitution.

The plea contends virtual courts are antithetical to the principle of ‘Open Justice’ owing to the restricted nature of access of the public at large to the same. However, they can be harmonized with the ‘Open Courts’ principle by allowing live-streaming, live reports and transcription of court proceedings, and providing easy access of the same to the media.

The plea has been joined by Areeb Uddin Ahmed and Sparsh Upadhyay who are legal correspondents for Bar and Bench and Livelaw respectively. It has been filed through advocates Shashwat Anand and Mohd. Kumail Haider.