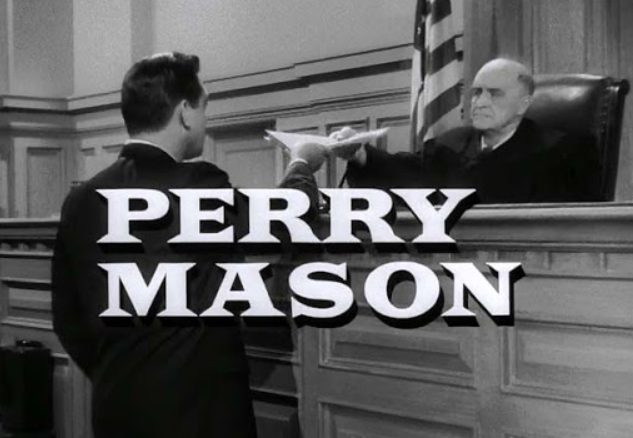 Perry Mason captured the imagination of an entire generation of lawyers, and more of aspiring lawyers. N V KRISHNA KUMAR writes on the continuing legacy of Perry Mason books in popular culture’s reflection of legal world.

Like James Hadley Chase’s books, Erle Stanley Gardner’s Perry Mason books were also a rite of passage for most baby boomers. For those who came in late, baby boomers are, typically, the people born between 1946 and 1964.

I can’t remember exactly when I discovered Perry Mason but I have a vague idea though.

Circa 1969 we were staying at Pulgaon in Maharashtra as my dad was serving in the Army Ordnance Corps (AOC) in the ammunition depot there.

We subscribed to the Free Press Journal at that time. I remember the paper as interesting for two reasons. First, it carried two comic strips: James Bond (Writing by Ian Fleming, Drawing by Horak) and Bringing Up Father. I used to follow James Bond religiously.

My sister was a big fan of ‘Bringing Up Father’. Secondly, there was a column, ‘Whispering Gallery’ by Arpee – the nom de plume of that walking encyclopedia, R P Aiyar. I used to love the anecdotes Arpee used to share with the readers and was a big fan of his style of writing.

Free Press Journal, at that time, used to have a Sunday Edition called the Bharat Jyoti. I could be wrong (I am ready to wager an Old Monk Patiala on it though!) but I discovered Perry Mason in the pages of Bharat Jyoti. They serialised a couple of Perry Mason books, I think. Though for the life of me I can’t remember any titles that were serialised then.

Ah, what thrill it was to be introduced to the workings of American courtrooms. I still remember the names of its principal characters: Perry Mason (always the defending lawyer), his secretary, Della Street, and his private eye, Paul Drake. Perry Mason, of course, was the hero.

When asked why his heroes always defeated villains with the last bullet in their guns, Gardner answered, “At three cents a word, every time I say ‘Bang’ in the story I get three cents. If you think I’m going to finish the gun battle while my hero still has fifteen cents worth of unexploded ammunition in his gun, you’re nuts

It was thanks to the Perry Mason books that I got introduced to courtroom jargon. Objections being sustained and overruled. The points being incompetent, irrelevant and immaterial. How can I forget the, ‘Gosh, Perry!’ responses of Paul Drake.

Gardner began his legal career as a typist in a law firm in California. Later, he was admitted to the Bar and started as a trial lawyer by defending poor people, particularly the Chinese and Mexican immigrants. He defended those who were wrongly implicated and those who were support-less. To this end, he founded The Court of Last Resort in the 1940s. It was dedicated to helping people who were imprisoned unfairly or couldn’t get a fair trial.

The Perry Mason novels did not delve into their characters’ lives much, but all the books had highly interesting plots. Most stories were reality-based in that they were drawn from Gardner’s own experiences.

In his early years when he was catering to the pulp magazine market, Gardner set himself a quota of 1,200,000 words a year.

When asked why his heroes always defeated villains with the last bullet in their guns, Gardner answered, “At three cents a word, every time I say ‘Bang’ in the story I get three cents. If you think I’m going to finish the gun battle while my hero still has fifteen cents worth of unexploded ammunition in his gun, you’re nuts”.
In the beginning, Earl Stanley Gardner used to type his stories himself using two fingers but later he dictated them to a team of secretaries!

Every legal show, today, has Perry Mason in its DNA. ‘L. A Law’, ‘The Practice’, and ‘Law & Order’ all have strong traces of Perry Mason

He was that prolific.

According to an article by Jacqui Shine in the Smithsonian, “When it launched on television in the late 1950s, Perry Mason represented the birth of the courtroom procedural; it’s still a familiar, if not over-used, genre. For decades, Raymond Burr’s Perry Mason, a criminal defense attorney who almost always emerged from the court victorious, was America’s most loved lawyer.”

It’s hardly surprising, therefore, that the character has been cited over 250 judicial opinions.

It’s also said that when ‘Black Panther leader Huey P. Newton was charged with murder in 1968, a party official purportedly asked their potential attorney, “Are you as good as Perry Mason?”

Every legal show, today, has Perry Mason in its DNA. ‘L. A Law’, ‘The Practice’, and ‘Law & Order’ all have strong traces of Perry Mason. The success of the shows lies in the dramatic cross-examination which leaves the viewer going, ‘Ah, now why didn’t I think of that!’

While the jury may still be out on whether Perry Mason is a detective story or a courtroom drama, to me Perry Mason will always be associated with courtroom histrionics.

I’m still at a loss figuring out whether it was Perry Mason’s mojo or chutzpah that attracted me to courtroom dramas in the first place. But as Perry Mason himself would have observed, ‘Your honor, that’s incompetent, irrelevant and immaterial’!

Are there any Indian Perry Mason equivalents?

(N V Krishnakumar is an advertising professional who loves writing and reading.)