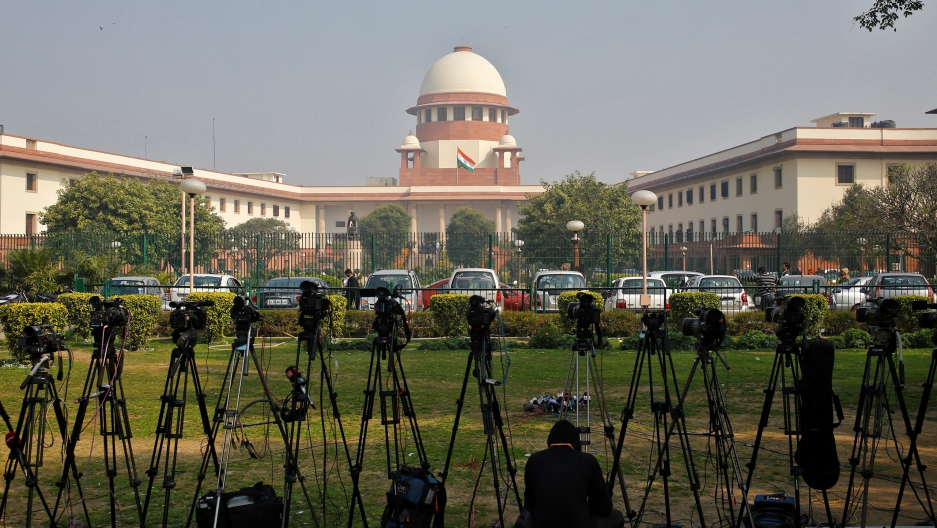 THE Supreme Court Tuesday adjourned to August 16 the hearing of a batch of petitions seeking a court-monitored SIT probe into the Pegasus snooping scandal after Solicitor General Tushar Mehta sought time to go through the petitions to enable him to get instructions in the matter from the Central Government.

The court said it would take a call on whether to issue notice to the Centre at the next hearing, even as it expressed its displeasure at what it described as “parallel debates” on the issue in the media by those who were before the court seeking a probe.

“We expect lawyers appearing before us to debate in court and answer queries here, not outside court. There must be some discipline. Have faith in the system” Chief Justice of India NV Ramana said.

Justice Surya Kant, who was also on the bench, added that if a lawyer had anything to say they should file an affidavit which the court would go through.

Senior Advocate Kapil Sibal who appeared for veteran journalist N Ram and others agreed with the CJI.

“When a case is going on here, it should not be discussed outside; I agree with it,” Sibal said.

Earlier, the top court had observed that the allegations of snooping using the Israeli spyware were serious if the news reports were to be believed.