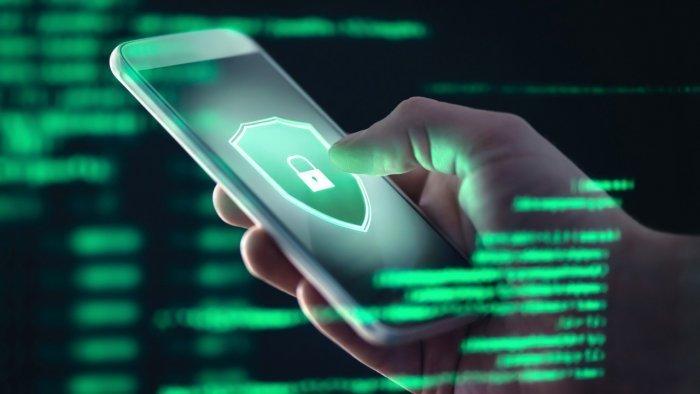 India’s ruling regime nurses Vishwa Guru dreams but fresh revelations by a collaborative investigation into Israeli “cyber-intelligence” company NSO Group show the country is rapidly slipping into a nightmare under its watch. According to the latest findings, the majority of the 1,000 phone numbers on a leaked list of 50,000 numbers are from eleven countries—India, Mexico, Azerbaijan, Kazakhstan, Hungary, the UAE, Saudi Arabia, Bahrain, Morocco, Rwanda and Togo.

What is more, India recently got clubbed with several of these countries on other lists that rank them very low on religious freedom and democracy indices. Some countries, India included, slid in these rankings last year. This news upset leaders of the ruling BJP greatly, for they insist India is still completely free and a vibrant democracy. The BJP rank and file bristle whenever critics compare what is happening in India with many of these eleven countries, especially any Gulf country.

The problem is that the Indian government is busy denying the latest revelations when it should have been the most worried about allegations that phones in India were hacked. This denial partly explains why it is sharing space on the Pegasus list with ten other “not free” and “partly free” countries, according to the ranking brought out by Freedom House, a US organisation. Democracy is undermined by such invasions of privacy, so it is the government which must investigate them. (Just like it decided in April to launch an exercise to give India a better chance of doing well on global rankings.)

The 1,000 owners of phone numbers include some that belong to criminals whom governments can perhaps legitimately track, but 67 of the 1,000 new numbers are of Indians who seem to have very little in common, except they oppose the policies of the government—journalists, dissidents, academics, activists, opposition and ruling party politicians, even a few (current and former) ministers of the ruling party. One political consultant who has helped Opposition parties formulate election strategies features on the list.

By going into denial, Indian authorities are proving their critics are right. Refusing to investigate the hacking of phones of unsuspecting activists and dissenters is the behaviour of regimes that do not accept the need for civil rights. It is uncertain which agency procured the Pegasus software in India, but the NSO claims it “vets” all buyers and all its customers are “governments”. It would follow that the government of India, or one of its official agencies, procured the invasive software tool that spied on citizens—a charge that only a thorough probe can corroborate or contradict.

Further, if the need to spy is a subjective call for governments to take, the reports on governance and rights in India and the ten other countries are based on data. To pick the BJP’s least favourite country of comparison, Saudi Arabia, it spied on citizens using Pegasus and is classified by Freedom House as “not free”. Kazakhstan, also ranked as not free, has a recent history of suppressing dissent and civil rights. For similar reasons, Mexico ranked “partly free”, a club India joined last year. Hungary, also among the 11 countries on the Pegasus Project’s latest list, is partly free thanks to its right-wing government in power suppressing debate and opposition. And if Rwanda is an “electoral autocracy” according to Swedish Institute V-Dem, so is India, which slipped into this position recently. (Also, almost all eleven countries on the Project Pegasus list are close to Israel. Some started diplomatic relations with it very recently, while others, like India, picked up steam in mutual ties in recent years.)

India’s usual defence in the face of evidence, charges, or criticism that all is not well at home is to say that we hold elections regularly. It is what the foreign minister reportedly said in March: “Whatever you may say, in this country, nobody questions an election. Can you say that in those countries?” The countries he is referring to are the UK, US and other western nations where many reports on democracy and freedom originate and where suppression of democratic voices is gaining ground.

However, the “we hold elections in India” logic is flawed for three reasons. The V-Dem report says 68% of the world population now lives in an electoral autocracy, a tendency gaining ground over the last three decades. It means, far from becoming Vishwa Guru, India has been unable to resist the dominant worldwide tendency to be less-than-free.

Second, to be less free than before while holding elections is like saying that nobody must question or critique the government even if the economy tanks, impulsive policies replace deliberation and mismanagement is rife in economic and social life. If people are not allowed to protest, they may be better off in other countries that are equally or more repressive. It amounts to admitting that countries with better power and water supply, roads and buildings, or those that are cleaner or more secure, but where citizens cannot speak against the regime, are better off than India. In other words, it gives people a false choice between comfort and freedom.

Most important is that not just people, but leaders—even the ones India has today—set the democracy bar for the country. BJP leaders never openly say India should compromise on freedom of citizens. Though some in the establishment have said India has “too much” democracy, most leaders express pride that India is the world’s largest democracy. So, when the United States Commission on International Religious Freedom (USCIRF) report on religious freedom said last summer that India should be a “CPC” or Country of Particular Concern, the Indian establishment went into denial and outrage mode.

“When you start governing well through using legitimate tools of governance and delivering on the ground, it is being depicted as an infringement of freedom,” foreign minister S Jaishankar said in the context of charges that Indian democratic freedoms eroded during BJP rule. The same thing happened after US farmer organisations and members of the UK Parliament criticised India’s mishandling of the farmer protests. When a global youth-oriented movement against climate change gathered moss in India this spring, Prime Minister Narendra Modi insisted that a worldwide conspiracy is afoot to undermine Indian “tea and yoga”, in which Indian Opposition parties are participants. (As a habit, those close to the ruling party insist that dissidents should “go to Pakistan”. Ironically, now both countries share the same troubled autocratic space.)

Considering the pride the BJP professes in India’s political structures, to falter on internal democratic norms is to flounder on a self-declared mission. It does not take a “report from a western nation” to tell Indians that India is not doing great as a democracy despite holding regular elections. Indians have been telling their governments this year after year. It feels much worse now because India has a record and reputation of being a flawed but working multi-ethnic democracy, which is being erased.