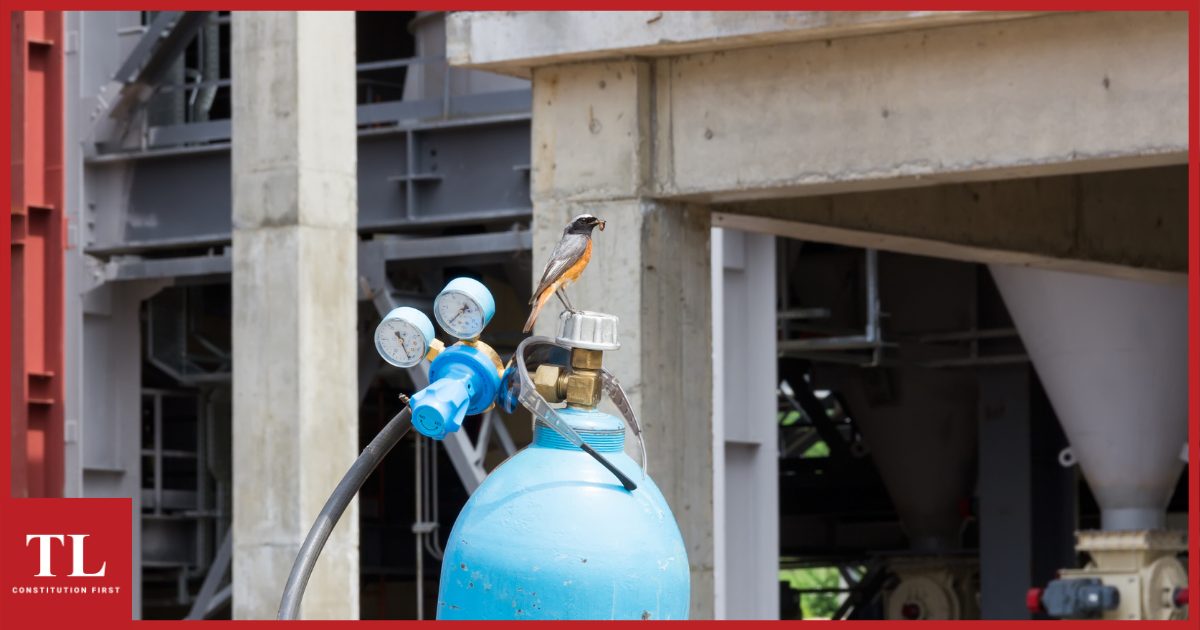 Oxygen-Surplus Kerala sets an example for other states

Contrasting the tragic oxygen shortages in Delhi and some other states with the oxygen surplus status of Kerala, P. SREEKUMARAN details out how the southern Indian state started working on ramping up its oxygen production from very early last year itself, and why it is today not only able to take care of its own medical oxygen needs but also supply oxygen to other states in need.

KERALA has always led from the front, setting an example for other states to follow. God’s own country now has a chance to rush to the rescue of Delhi, which is gasping for life because of severe oxygen shortage.

As many as 50 COVID-19 patients have recently died in the national capital due to the shortage of oxygen at hospitals. Last week, at least 25 such patients died at the Jaipur Golden Hospital, and Sir Ganga Ram Hospital saw the death of 25 more such patients. Additionally, six patients lost their lives at a private hospital in Amritsar, Punjab.

So grave is the situation that a distraught Delhi Chief Minister (CM) Arvind Kejriwal has sent an SOS to other states to help Delhi by urgently providing oxygen supplies.

The Delhi High Court, intervening in the matter, pulled up both the Union and Delhi Governments for their failure to ensure an adequate supply of oxygen to hospitals. The court warned that anyone who tries to obstruct oxygen supplies to hospitals would be hanged. It asked the Centre when the 480 metric tonnes of oxygen per day allocated to Delhi would see the light of the day.

Kerala, which is an oxygen-surplus state, must rise to the occasion and bail out Delhi forthwith. The State must play the saviour as it indeed is in a position to do so.

Chief Minister Pinarayi Vijayan ought to give the green signal for a ‘rescue mission’ without, needless to say, compromising on Kerala’s own requirements.

Kerala is highly unlikely to face the kind of shortage some north Indian states such as Delhi and Uttar Pradesh are currently facing, given the large stock of oxygen at its disposal.

Incidentally, Kerala has already helped Goa by rushing 20,000 litres of liquid oxygen for COVID patients in that state recently. Kerala’s benevolent gesture saw Goa Health Minister Vishwajit Rane taking to Twitter to thank his Kerala counterpart K. K. Shailaja, writing that the people of his state “are grateful for your contribution to our fight against Covid 19.”

How did Kerala ramp up its oxygen production?

A closer look at how Kerala has managed to reach the comfortable position it enjoys in respect of surplus oxygen stock is in order. It is not as if Rome was built in a day. This was the product of advanced planning and the execution of that plan with clinical efficiency. The primary contributors in this success saga were the Petroleum and Explosive Safety Organisation (PESO) and the Kerala Health Department. The monitoring of requirements of potential patients and determining the optimal supply scenario was initiated in March last year itself.

Additionally, as many as 11 air separation units (ASUs) account for another 44 tonnes per day. These ASUs are based in the Thiruvananthapuram, Kollam, Kottayam, Thrissur and Ernakulam districts.

Inox is supplying medical oxygen to hospitals in Tamil Nadu and Karnataka as well. Kerala is in a position to increase its medical oxygen production to 250 tonnes per day, if necessary. Another ASU plant commissioned at Palakkad will start operating in a month. The plant has the capacity to produce 4 tonnes of medical oxygen per day. Besides, there are 23 oxygen filling stations, too.

The state may be called upon to raise production in the days ahead as there are signs of a further surge in daily COVID cases across the country. PESO has appointed nodal officers in all states to monitor the production, storage and distribution of oxygen. There are nodal officers assigned under the Health Department as well.

KMML, which was set up only in October last year, is already producing 900 tonnes of medical oxygen per month. Its production can be further increased to 210 tonnes per month. As of now, all its plants are not working to their full capacity.

In another significant development, Cochin Shipyard Limited (CSL) has helped in the setting up of centralized oxygen distribution facilities at five government hospitals in Ernakulam. The system facilitates direct delivery of oxygen through well-mounted outlets close to the patient’s bed. The system has been installed at the government taluk hospitals at Fort Kochi, Palluruthy and Tripunithara, the Aluva district hospital, and the General Hospital, Muvattupuzha. These facilities will be of great help in treating COVID cases, said a statement issued by CSL.

Meanwhile, Cardinal George Alencherry, Major Archbishop of the Syro-Malabar Church and president of the Kerala Catholic Bishops’ Council (KCBC), has urged the Union and state governments to treat the availability of medical oxygen as a basic human right.

All necessary steps should be taken to make oxygen available to the people who are gasping for their lives in various hospitals and health care centres in the country, he said. “We usually speak of food, clothing and shelter as the basic human needs that a government should provide for its people. Now, in the wake of COVID-19, people’s lives are in extreme danger and there is a clamour for medical oxygen to survive. It is the bounden duty of the Government to make available medical oxygen in all hospitals and health care centres across India,” said the Cardinal.

Also, the government, he said, should not see medical oxygen as a marketable commodity to be left to commercial agencies for profiteering. “At a time when many parts of the country are facing an oxygen crisis, we hope the government will rise to the occasion to get rid of all bottlenecks – political or transport-centred – and come forward to use all its resources, including chartered flights, to bring medical oxygen from abroad so that it can be made available to the states in need,” he said.

The Cardinal appreciated the steps already taken by the Union and state governments to avert the disastrous effects of the pandemic, adding that much, however, remains to be done. (IPA Service)