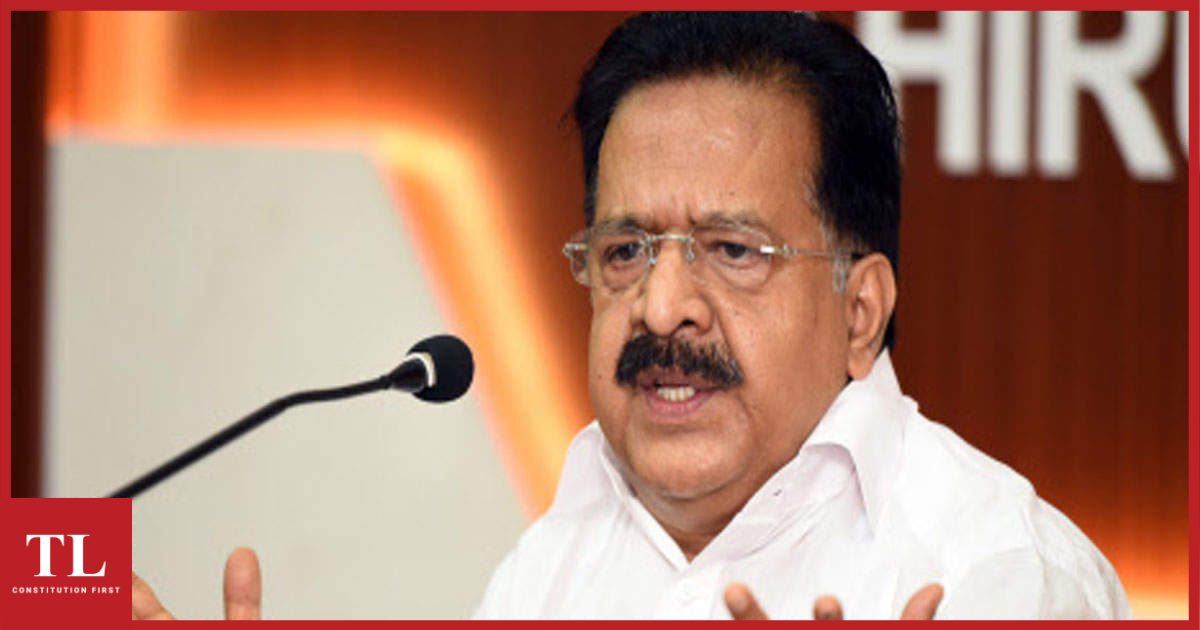 After a legal fight in the High Court, Leader of Opposition in the Kerala Assembly Ramesh Chennithala has now released an exhaustive list of over 4 lakh double and bogus voters in Kerala on a website called ‘Operation Twins’, reports REJIMON KUTTAPPAN from Thiruvananthapuram.

Putting the Kerala Election Commission on backfoot, the Leader of Opposition in the Kerala Legislative Assembly, Ramesh Chennithala of the Indian National Congress (INC) released a list of more than four lakh alleged double and bogus voters on a website on Wednesday at 9 pm.

“A big team had worked for us for months to find the double and bogus votes in Kerala, scientifically. And we know that our claims are right. So, we have released the list on Operation Twins. Let the political parties and voters surf the list and get the right thing done,” Chennithala told The Leaflet.

A member of Chennithala’s team that worked on the exposé told The Leaflet that they had spent seven months gathering all the relevant information.

“We had the data in Panchayat elections too. But we had to reconfirm everything.  We got a big team on the ground. They visited houses of deceased people and those who have changed their residence, in 130 constituencies and we worked for seven months. Finally, we were surprised to see the result,” the member said.

“We were expecting only a vote duplication of 20,000 votes. But now, we have got 400,000 lakhs duplications. The Election Commission of India gets crores [of rupees] from taxpayers. Why aren’t they doing their job?” the team member asked.

He had subsequently applied to the High Court to issue an interim order directing the Election Commission to ensure that fake and multiple entry voters in the electoral roll are not permitted to vote in the coming polls.

He also sought a writ of mandamus directing the initiation of criminal action against those responsible for facilitating fake/multiple entries in the electoral roll, including those who aided and abetted the same, in breach of official duty, published for the election to the Kerala Legislative Assembly, scheduled to be held on April 6.

“No Response from the Kerala Election Commission”

“I had approached the Kerala Election Commission a couple of times to fix the double and bogus voting issue. But I didn’t get a response. So, I was forced to approach the court,” Chennithala alleged.

On March 29, in the High Court, Chennithala’s lawyer T. Asaf Ali placed a computerized printout of the voters of 134 Thiruvananthapuram Central Constituency as a sample to prove his point.

Responding to Asaf’s claim, Deepu Lal Mohan, the Standing Counsel for the Election Commission of India, told the Court that at times when a voter shifts his residence and goes to some other place, there are possibilities of registering twice.

“Therefore, demographical multiple entries are made. However, instructions have been issued to the concerned officers to visit the residences of such voters, and efforts are taken to avoid multiple voting,” the Election Commission of India informed the Kerala High Court.

Interestingly, when the double vote controversy had started to hit the headlines, it had been found that Chennithala’s mother and INC’s Vattiyukavu constituency candidate SS Lal too had double voter entries.

Responding to that news, Chennithala had said that it was the officials’ fault.

“Until 2016, we had cast our votes in Chennithala. Later, an application was submitted to enroll our names in the Haripad where we now stay. But the officials failed to delete the older entry,” he had told the media then.

Lal had also blamed the Kerala Election Commission for his name figuring in two places.

On March 29, the High Court’s order said that it is of the view that prima facie there are discrepancies in the final voters’ list published by the Election Commission.

“Though … learned Standing Counsel for the Election Commission of India has submitted that efforts are being taken to find out multiple entries in the voters’ list to ensure fair and democratic election, we are of the view that a voter should be permitted to cast only one vote, wherever his name is registered,” the order stated, directing the Election Commission of India should ensure that there is no double voting by any voter.

The Court also called for the Election Commission to ensure that sufficient State/Central force is posted at all voting places to ensure fair and democratic election.

“To implement the above, steps should be taken on a war footing basis,” it added.

On March 30, the Election Commission told the court that its intensive analysis had led to the identification of only 38,586 Demographically Similar Entries (DSEs) from among 316,671 entries in electoral rolls.

On March 31, the High Court disposed of Chennithala’s petition expressing its satisfaction with the measures proposed by Election Commission to prevent double/bogus voting double entries in the state electoral rolls.

Disposing of the petition, the Court enjoined the Election Commission of India to ensure double voting did not take place.

Additionally, the Court directed that persons whose names were listed in two or more constituencies/booths, that is demographically similar entries, submit an affidavit to the effect that they had voted once.

Kerala HC tells the EC to issue a public notice cautioning voters against attempting to cast multiple votes, stating that strict action will be taken by it. Also directs it to ensure that sufficient Central and State forces are deployed at all polling booths.#KeralaElections pic.twitter.com/ibW6CJmDqw

However, while speaking to the media, Chennithala said that he was not sure how the affidavit would ensure the stopping of double voting and bogus voting.

“Let political parties and voters find a way. I have released the list,” he added.

The Leaflet analysed the 2016 assembly election results in Kerala and found that out of the 140 assembly constituencies in the state, the victorious candidates in 29 constituencies had won fewer than 5,000 votes over the respective runners-up.

Of these, in 14 constituencies, the winner and the runner-up had a difference of fewer than 2,000 votes.

Kerala Bharatiya Janata Party (BJP) State President K Surendran had lost the Manjeswaram seat in 2016 polls by just 89 votes to the Indian Union Muslim League candidate Abdul Razak. This time, he is again contesting in Manjeswaram, as well as in the Konni constituency too.

The April 6 polls are crucial for the INC. Multiple pre-poll surveys have predicted a second term for the Pinarayi Vijayan-led Left Democratic Front (LDF).

However, the INC, brushing aside the pre-poll surveys, claims that the United Democratic Front (UDF), helmed by it, will return to power. INC leaders Rahul Gandhi and Priyanka Gandhi have already conducted a series of roadshows to woo voters.

Meanwhile, the BJP, which has been steadily increasing its vote share in the state since 2014, is confident that it will be a decisive factor.

Recently, Surendran, the State BJP president, declared that they will form the government if they get 35 seats.

Currently, the BJP has only one seat in the Kerala assembly. While the CPM has 58 seats in the Niyamasabha (out of the LDF’s total of 91 seats), INC has 21 amidst the UDF’s 41 seats.

(Rejimon Kuttappan is a migrant rights researcher, multi-media journalist and author based in Thiruvananthapuram.)