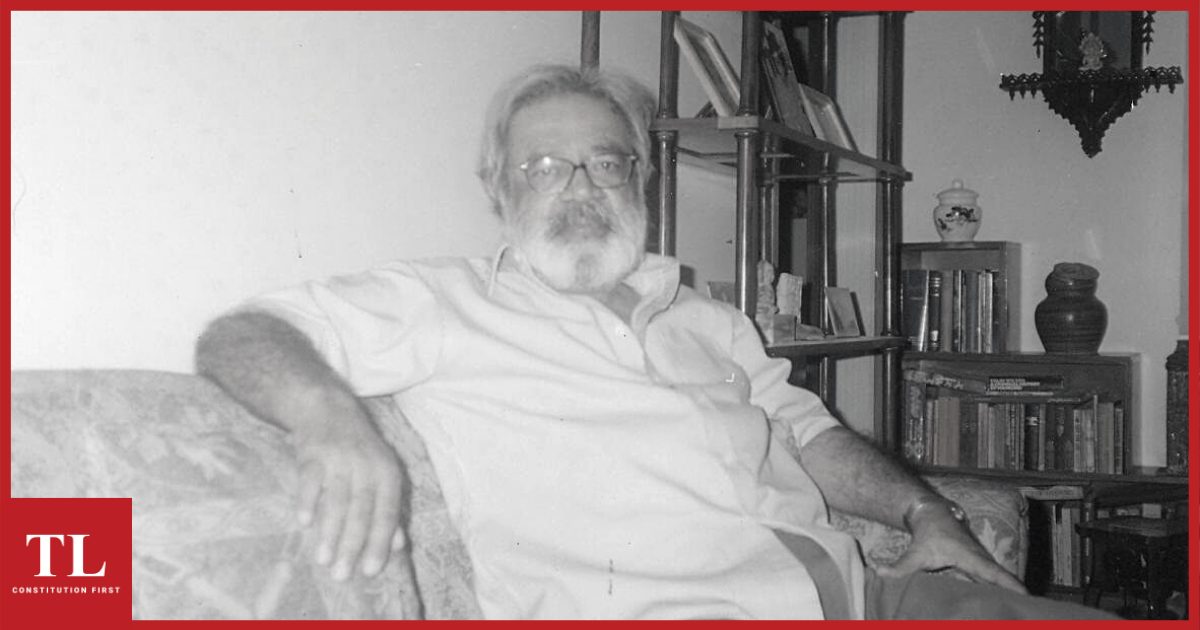 In response to an outpouring of threats of violence by reactionary elements in Pakistan against writer Amar Jaleel after an old video of him reciting one of his short stories went viral for being allegedly blasphemous, over 300 Pakistani writers and intellectuals have released a strongly worded statement defending Jaleel and calling for the Pakistani State to protect freedom of speech and law and order in the country, reports SANKAR RAY.

MORE than 300 writers, poets, intellectuals, human rights activists, lawyers, journalists, teachers, students and other people from different walks of life in Pakistan are up in arms and have released a collective statement in support of 84-year old Sindhi writer and human rights campaigner Amar Jaleel after the hate speech against him in letters from the political parties Sunni Tehrik and Jamiat Ulema-i-Islam-Fazl (JUI-F).

Another political party, the Tehreek-e-Labbaik Pakistan (TLP) are also baying for Jaleel’s blood, and have threatened legal action and public mobilisation against him. The most disturbing threat, however, is a video by a cleric, Pir Sarhandi, based in Umerkot in Sindh, advocating violence in presence of a charged crowd.

The multi-lingual writer was recently accused of blasphemy with some critics demanding the registration of an FIR against the elderly literary figure. A man from Umerkot district, Pir Sarhandi, even announced a bounty of Rs. 5 million on Jaleel.

Earlier, a delegation comprising human rights activists, journalists and intellectuals called on the Pakistan People’s Party Chairperson Bilawal Bhutto Zardari, voicing concerns over the rising incidents of extremism and intolerance in the country, and urging action against those hurling threats at the writer.

Who is Amar Jaleel?

A thought-provoking, staunch ambassador of syncretic values and humanism in the Indian subcontinent, Jaleel is based in Karachi. He writes in several languages, including English and Sindhi. He has spoken out vociferously against extrajudicial enforced disappearances and blatant violations of human rights through his short stories and newspaper columns. His humanistic stance and viewpoint made him an eyesore of the extreme right-wing and obscurant mullahs backed by the establishment. His column, ‘Mystic Notes’ in The Dawn, was once very popular among the intelligentsia that had been yearning for open democracy.

Jaleel is also noted for his frequent and poignant portrayal, in his writings, of the human pain of the India-Pakistan partition.

The initiative for the 675-word statement came from the All Pakistan Progressive Writers Association (APPWA), which demanded that action against the provocateurs “be taken before it is too late. All institutions of Pakistan should fulfill their responsibilities to protect the life, liberty and freedoms of all citizens”. The intellectual community, which has taken up the cudgels against the bigotry faced by the Sindhi writer, has asked the government to provide security to the writer and take stringent action against those goading violence against him.

The statement called upon the provincial and federal governments to clamp an anti-terrorism case against the groups in Umerkot for announcing a bounty on the head of Jaleel. Needless to state, this is tantamount to an attempt to instigate terror not just within an individual, but in the whole of society.

“We see the recent hate speech against Amar Jaleel in the context of efforts to instigate violence, cause lawlessness and social unrest in Pakistan, especially in Sindh, which is against the spirit of a tolerant and plural Pakistan. It seems to be a conspiracy to open new fronts of terror in the country,” the statement said. “The hate speech against the writer is a message that rule of law doesn’t prevail and that a small group of people can restrain freedom of speech and expression through violent means. We see this as an attempt to intimidate and harass sane voices of society.”

The APPWA stated, “Recognising the fundamental role that Sindh played in creation of Pakistan, we are hoping and demanding that conspiracy to punish people of Sindh through these conspiracies will be immediately stopped and terror instigating groups will not be protected or encouraged in any form. People of Pakistan, all institutions of State and elected houses are not only well aware but appreciate the historical character of Sindh as tolerant and plural in nature and that very fact is the identity of Pakistan and Sindh across Asia and the world.

It has been noticed lately that a small number of people and groups instigating violence in the name of religion have been encouraged and protected to give a message to civil society that not only sane voices can’t live in this country but doors of law and justice are also closed for them.”

It drew the attention of the federal government and the judiciary to Articles 9,11,14 and 19 of the Constitution of Pakistan and pointed out that “the State is responsible for protection of life, liberty, dignity and integrity of all citizens therefore life and repute of Amar Jaleel should be protected. More importantly, all hate speeches and threats against him on social media and on all other platforms should be removed and stopped immediately. All measures should be taken by the State to ensure protection of his life and liberty.”

Defending the octogenarian writer, the APPWA statement described Jaleel as one who “always stood against the powers that be and never minced his words to tell truth about religious, political and social bigotry and oppression. We see hate speech against him as a message that rule of law doesn’t prevail and that a small group of people can control the freedom of speech and expression through violent means. We see this as an attempt to intimidate and harass sane voices of society”.

On Wednesday, a joint meeting was held on a Whatsapp group by the Progressive Writers Association, Punjab in support of Amar Jaleel.

Where the controversy stems from

The root of the conflict is a four-year-old clip of Jaleel from the second Singh Literature Festival in 2019. In this clip, Jaleel reads out one of his Sindhi short stories to depict the plight of “extrajudicial & enforced disappearances” of many political dissidents in a subtle and spiritual manner. But the ultra-right wings vigilantes have interpreted it as blasphemous and have therefore directed their ire at Jaleel.

Jaleel once wrote succinctly, “Our society is neither conservative nor liberal. It’s a confused one. Faith is a multi-meaning word. It is not restricted to a person’s faith in religion alone. It is a diverse word employing more than one definition. It indicates a person’s faith in dispensation of justice in his own country”. (IPA Service)