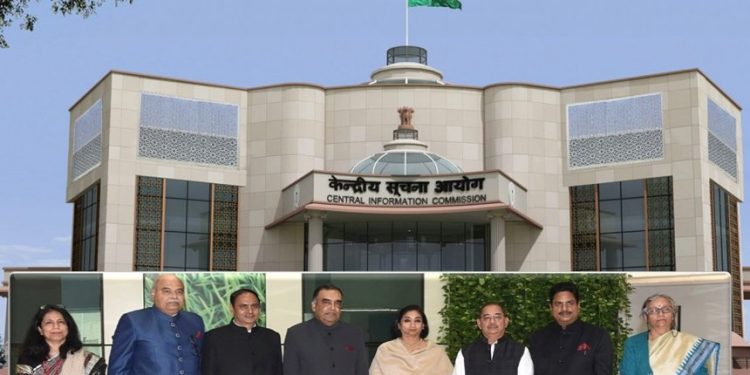 Only a Marginal Decline in the Number of RTIs Filed during the 1st Year of COVID-19: CIC’s 2020-21 Report

While the COVID-19 pandemic, in its first avatar in 2020, mercilessly stalled most of the activities all over the world, India’s enthusiastic Right to Information (RTI) users ensured that they continued to demand transparency, albeit with a marginal fall of only 2.95% in their applications. What’s noteworthy is that 2019-20 had recorded the highest number of RTIs ever filed with public authorities of the Central government, since the enforcement of the law in 2005 and so, the marginal decrease in 2020-21 is, in fact, encouraging.
As per the central information commission’s (CIC’s) annual report (AR) of 2020-21, which has just been uploaded on its website, 1,333,802 (about 1.33 million) RTI applications were received across the reporting public authorities of the country in 2020-21, which is 2.95% fewer RTIs than the 2019-20 figure of Rs13,74,315 (about 13.74 lakh).

(Vinita Deshmukh is consulting editor of Moneylife. She is also the convener of the Pune Metro Jagruti Abhiyaan. She is the recipient of prestigious awards like the Statesman Award for Rural Reporting, which she won twice in 1998 and 2005 and the Chameli Devi Jain award for outstanding media person for her investigation series on Dow Chemicals. She co-authored the book “To The Last Bullet – The Inspiring Story of A Braveheart – Ashok Kamte” with Vinita Kamte and is the author of “The Mighty Fall”.)
First published by Moneylife.