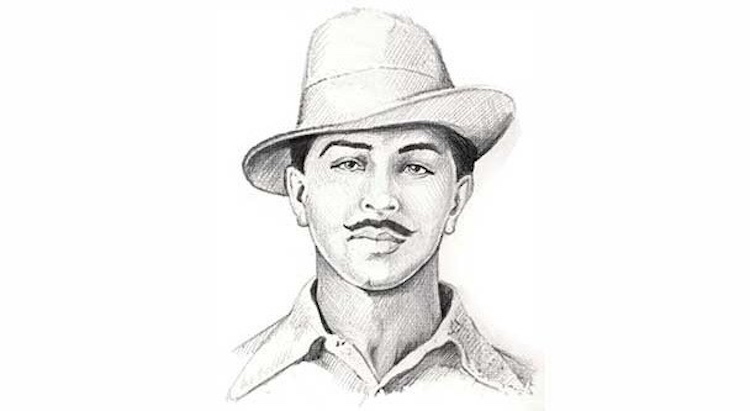 S.N. SAHU reflects on Bhagat Singh’s thoughts on reasoning, critical thinking, challenging truth, and retributive justice as expressed in his seminal essay ‘Why I am an Atheist’, and explains their contemporary relevance in today’s India.

AS we remember the socialist revolutionary Bhagat Singh on the eve of his 114th birth anniversary, which was yesterday, it is instructive to recall his words: “Merciless criticism and independent thinking are the two necessary traits of revolutionary thinking”.

These constitute an integral part of his monumental essay ‘Why I am an Atheist’, authored by him in prison a mere five months before his execution. He was just a 23 year old young man, ceaselessly actuated by revolutionary thinking for independence of our country from British rule and for establishing his imagined India, free from poverty and exploitation.

It is of abiding significance to note that while conjuring up revolutionary thinking based on relentless criticism he, in the same essay, stressed on reformative jurisprudence and law while reflecting on their retributive and deterrent dimensions.

On reasoning and critical thinking

Before proceeding to appreciate Bhagat Singh’s ideas on reformative jurisprudence, it is pertinent to throw light on the way he explained reasoning as an indispensable factor for sharply criticising and examining the deeply entrenched values that serve to strengthen and consolidate the status quo and coming in the way of progress and transformation.

He also wrote in ‘Why I am Atheist’:

“It is necessary for every person who stands for progress to criticise every tenet of old beliefs. Item by item he has to challenge the efficacy of old faith. He has to analyse and understand all the details. If after rigorous reasoning, one is led to believe in any theory of philosophy, his faith is appreciated. His reasoning may be mistaken and even fallacious. But there is chance that he will be corrected because Reason is the guiding principle of his life. But belief, I should say blind belief is disastrous. It deprives a man of his understanding power and makes him reactionary.”

Criticism combined with reasoning remained at the core of his worldview, so brilliantly articulated by him in the context of India’s arduous quest for freedom from colonial rule and the more challenging goal of establishing a society animated by progressive values. Anchored to reasoning, he interrogated prevalent beliefs for the cause of progress so that India’s destiny would not be driven by reactionary forces.

Also read: They Don’t Want us to Sing our Songs, Read our Poems

It is rather fascinating to note that what Justice D.Y. Chandrachud said in the M.C. Chagla Memorial Lecture delivered by him earlier this month is evocative of what Bhagat Singh wrote while fighting for our freedom and questioning many of our indigenous structures of exploitation.

Justice Chandrachud, while insightfully saying that “truth is …important to democracy, which is the form of governance adopted in order to prevent the tyranny of the few”, added, “truth is important in modern democracies which have been described as “spaces of reason”, since any decision must be backed by adequate reasons and because a reason which is based upon a falsehood would be no reason at all.”

It is tragic that in the post-truth age, issues and narratives are framed by powers-that-be by appealing to emotions and irrationalities of people. The public is made to believe those as gospel, in complete disregard of reason and substance.

This is where the legacy of Bhagat Singh assumes greater significance: to deepen democracy so that truth remains central to it.

His words that “[a]ny person who claims to be a realist has to challenge the truth of old beliefs. If faith cannot withstand the onslaught of reason, it collapses. After that his task should be to do the groundwork for new philosophy” resonate in a twenty-first century world, not just India, undergoing massive transformation due to the unprecedented transmission of information, data and images in the digital age.

Bhagat Singh challenged the truths associated with colonialism, and India’s subjugation and exploitation under British rule. He resorted to reasoning to understand that, and acted by employing relentless criticism and action. These are the characteristics of a true revolutionary.

For that he was charged with sedition, among other things, and the colonial government hanged him as part of their objective of meeting out retributive justice to those who questioned the legitimacy of their rule.

He reflected on three forms of justice – retributive, deterrent and reformative – and wrote, “Those who are well versed in the philosophy of jurisprudence relate three of four justifications for the punishment that is to be inflicted upon a wrong-doer. These are: revenge, reform, and deterrence. The Retribution Theory is now condemned by all the thinkers. Deterrent theory is on the anvil for its flaws. Reformative theory is now widely accepted and considered to be necessary for human progress. It aims at reforming the culprit and converting him into a peace-loving citizen.”

In today’s New India as conceived by the Narendra Modi-led Hindutva regime, Bhagat Singh’s vision for an India based on reformative justice is trampled upon by the repeated invocation of sedition and other draconian laws against dissenters and protesters as part of the regime’s strategy to inflict retribution on them. They are ridiculed with invectives such as ‘urban Naxal’ and ‘andolanjeevi’, and put behind bars without trial on serious charges.

All those who uphold retributive justice over reformatory justice should be mindful of his rich legacy for upholding the culture of dissent and the reasoned understanding of truth behind old beliefs which come in the way of the progressive transformation of our nation. It is that legacy which continues to inspire protestors and dissenters to defend the Constitution and constitutional morality from being assailed by majoritarianism.

(S.N. Sahu was Officer on Special Duty and Press Secretary to President of India K.R. Narayanan. The views expressed are personal.)