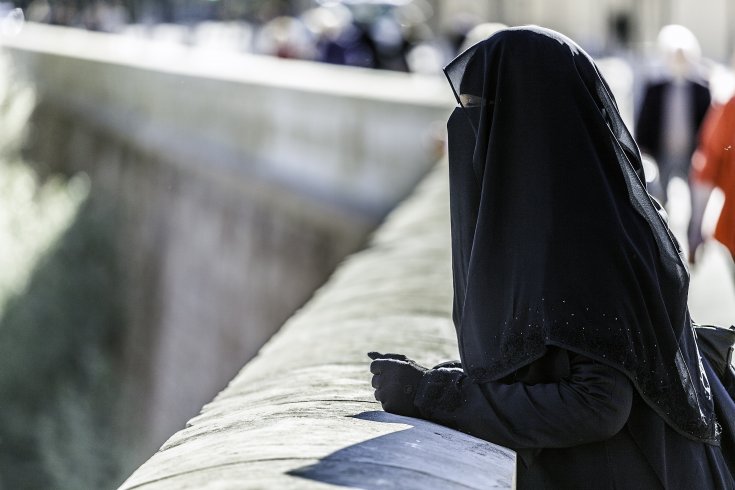 The Karnataka High Court, in a recent order, held that an unmarried divorced wife has the right of maintenance from her ex-husband beyond the iddat period. NABEELA JAMIL analyses the context in which this decision has been made and how the wording of the decision further affects Muslim women in India.

THE Karnataka High Court recently passed an order on the issue of right of maintenance of an unmarried divorced wife from her ex-husband beyond the iddat period.

The parties, that is, the divorced husband and wife, are Sunni Muslims who had contracted marriage in March 1991. Mehr was fixed at Rs. 5,000/-.

Soon after, the wife complained of dowry harassment and cruelty, and left for her parental home. The husband, in November 1991, sought divorce by way of pronouncing irrevocable talaq upon his wife. He paid the mehr amount along with additional Rs. 900/- for the maintenance during the iddat period. The divorced wife remained unmarried.

The ex-husband was acquitted in the dowry harassment case. He moved on with his life, married again and has a child.

The divorced wife filed for execution in 2011. The ex-husband pleaded lack of means and was sent to civil prison for one month. His plea of seeking determination of his financial incapacity having been rejected in 2014, the ex-husband approached the High Court.

What did the High Court say?

The main issue before the High Court was whether a Muslim ex-husband is duty bound to make provision for his divorced wife beyond the iddat period despite paying mehr if the divorced wife has remained unmarried and is incapable of maintaining herself.

The decision had two takeaways. Firstly, it reiterated the position as to the nature of a Muslim marriage. Relying upon the famous articulation of Justice Syed Mahmood in the Allahabad High Court’s judgment in the case of Abdul Kadir vs. Salima (1886), the court acknowledged that a Muslim marriage is a contract and is not a sacrament, unlike a Hindu marriage.

Secondly, it held in favour of the right of maintenance of an unmarried divorced wife from her ex-husband. The court further imposed a cost of Rs. 25,000/- on the ex-husband.

As to the question of maintenance beyond iddat period, similar questions have come before the Supreme Court at many instances and the approach of the apex court on this very issue of maintenance to an unmarried divorced woman by her ex-husband has been very clear.

From Danial Latifi (2001) to Shamima Farooqui (2015), the Supreme Court has interpreted the provisions of the Muslim Women (Protection of Rights on Divorce) Act, 1986 and Section 125 of the Criminal Procedure Code to give recognition to the rights of divorced Muslim wife to claim maintenance under section 125 even for the period beyond the iddat period and for the whole life unless she is disqualified on account of remarriage or her sufficient earning.

The order proceeds to remark that the “wife had filed criminal cases … they culminated in acquittal; husband does not say that it was a “honourable acquittal”; hurriedly espoused another woman and begot a child too, post haste” [emphasis added]. The court went ahead to say that “a husband who divorces the existing wife and soon espouses another; countenancing the contention of the kind virtually amounts to permitting a person to take the advantage of his own wrong; added this contention is repugnant to law, morality & ethics; if such a contention is countenanced, that would only encourage talaq which the law shuns.” [emphasis added]

There are two difficulties with this observation. Firstly, it criminalises the very act of divorce and moving on with life, thereby attacking the cherished principles of choice and personal autonomy. Secondly, the law does not shun talaq.

The court at one instance quotes Navtej Singh Johar (2018) in the background of the doctrine of non-retrogression of rights. However, the same judgement stresses upon sexual and personal autonomy. It observes that “with the passage of time and evolution of the society, procreation is not only reason for which people choose to come together … perfom coitus or even marry”. In this background, questioning a man’s right to remarry after divorce and having a child is confusing.

Divorce is the right of a spouse

The word talaq simply denotes divorce. Divorce is the right of a spouse. Shayara Bano (2017) in paragraphs 116-120 recognises talaq-e-ahsan and talaq-e-hasan as proper forms of divorce among Muslims. It only sets aside pronouncement of triple talaq in one sitting by a 3:2 majority. There are other well-recognised forms of divorce too among Muslims.

Interestingly, our judiciary that shows this abhorrence at talaq recognises even unpopular forms of divorces. In 2003, the Andhra Pradesh High Court (in Dukku Labudu Bariki) went to the extent of recognising a custom of divorce wherein a wife eloping with another man and the second husband returning the marriage expenses and bride price to the former husband was considered a valid divorce among an exempted Hindu under Section 29(2) of the Hindu Marriage Act, 1955.

Also read: Legislature can make the practice of triple talaq a criminal offence even though courts have declared it null and void, Delhi HC’s prima facie view

There is something about the language of judgments, particular those of the present nature, which is unsettling. The Karnataka High Court terms the present case as “yet another case of a hapless Muslim divorced wife”. There is one curious observation by the Court: “divorced women in general and divorced Muslim women in particular undergo a lot of hardship; the tears they shed are hidden in their veils”.

Indian judiciary has created this understanding of viewing Muslim women as veiled vulnerable creatures (confined however only to the specific issue of divorce and not when Muslim women protest or demand their right to dress in accordance with their faith). It needs to be understood that women are vulnerable irrespective of faiths and such casual remarks by our judiciary have effects on the ground where a marginalised community is further stereotyped and is buried under the burden of proving itself as not intrinsically misogynist.

Also read: What the Triple Talaq law means to the lives of Muslim Women

Against this background, our judiciary should avoid delving into sensationalism and unnecessary orbiters which unfortunately has been the recent trend of judgement writing, particularly where there are settled principles of law in place.

(Nabeela Jamil is an alumnus of Faculty of Law, Jamia Millia Islamia. She practices law in Delhi. The views expressed are personal.)