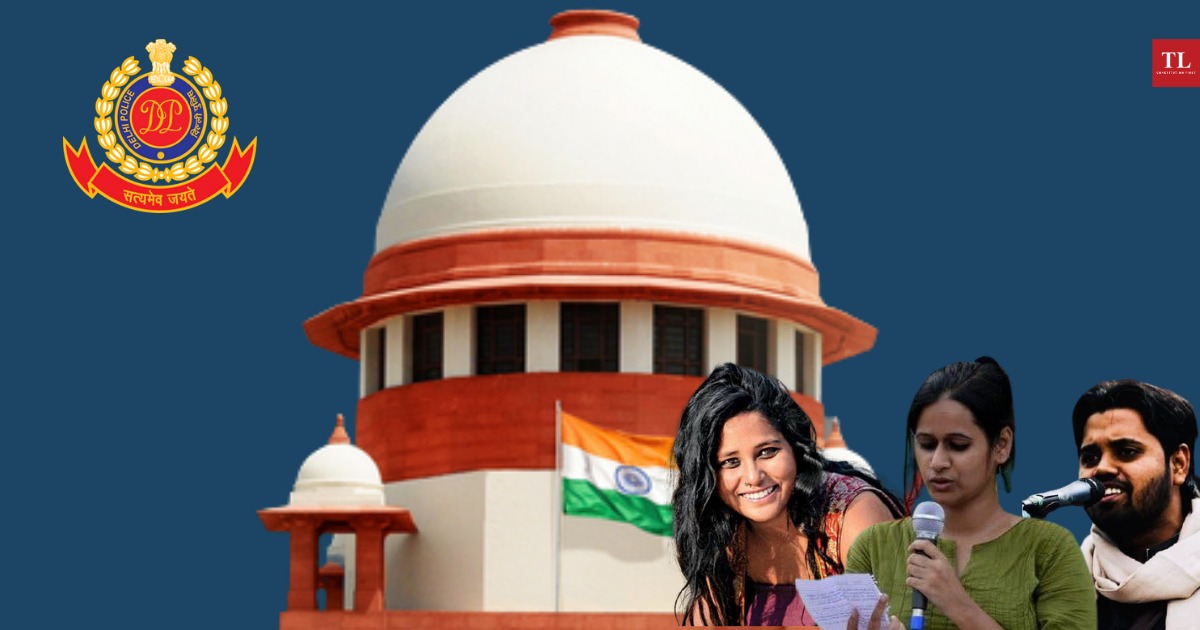 “Not to be treated as precedent”: How the Indian Supreme Court turned a fine judicial moment into a painful one

Last week, hearing the Delhi police’s appeal against the Delhi High Court’s bail orders for three students accused in the Delhi riots in 2020, the Supreme Court ruled that the Delhi High Court’s judgments shall not be treated as precedent, but at the same time, the apex court’s order does not interfere with the bail orders. Attempting to break down the Supreme Court’s reasoning in this order, ASHISH GOEL explains why the order lacks legal merit and impinges on the doctrine of precedent.

THE Indian Supreme Court’s vacation bench comprising Justices Hemant Gupta and V. Ramasubramanian has observed that the Delhi High Court’s orders (“Orders”) releasing three students on bail in connection with the 2020 Delhi riots case will not have any precedential value. What this essentially means is that those who are languishing in jail on similar charges will not be able to make use of the Orders to secure bail.

While the Supreme Court did not interfere with the grant of bail of the three students, it put a stay on well-reasoned Orders for all practical purposes, without in fact staying the Orders.

The Supreme Court’s order is a cause for concern because not only does it have no legal basis, but it also strikes a hard blow to the principle of judicial certainty and rule of law itself.

The doctrine of precedent is aimed at meeting two obvious goals. Firstly, it provides consistency, certainty, and predictability in how legal principles enunciated in the past will be followed and adhered to by future benches in matters comprising identical, material facts. The idea here is that certainty is a hallmark of rule of law, and a principle of law should not change from case to case or judge to judge.

Secondly, it builds a certain degree of trust in the judicial system because litigants know that a particular judge is bound by an earlier decision and will decide the matter not as per her whims and fancies but based on established legal principles.

Under Article 226 of the Constitution of India, every High Court shall have superintendence over all courts and tribunals throughout the territories in relation to which it exercises jurisdiction.

In three judgments spanning 133, 83 and 72 pages, the Delhi High Court passed reasoned Orders releasing the three students on bail. In these, the High Court distinguished between ordinary criminal cases and cases of terrorism, and how the Delhi police tried to conflate the two.

The court observed that the charge sheet filed against the three students does not disclose any material on basis of which a charge of terrorism can be inferred. And because there was no prima facie case of terrorism, the court went on to apply the bail principles applied to cases under the Indian Penal Code and ordered release of the three students. What else is expected of a constitutional court?

But when the Delhi Police filed an appeal against the Orders, the vacation bench of the Supreme Court found the orders granting bail to be “surprising” because the Delhi High Court had filled 288 pages in a bail matter.

The Supreme Court did not order cancellation of the bail but said that the Orders required reconsideration because the issue is important and will have “pan-India ramification”. The Supreme Court did not stay the judgments but said that the Order will have no precedential value in other matters. “If the Order does not have precedent value, it is good enough,” the vacation bench said.

Clearly, the Supreme Court did not find the Orders too surprising to merit a stay. There is nothing in our legal system where an order by a lower court can be stayed because the higher court finds it “surprising”. Nor can an order be stayed because it is too lengthy. Most life and liberty matters decided by constitutional courts are “important” and have “pan-India ramifications”; these are also not grounds on which an order can be stayed.

Broadly, a higher court can only stay an order of a subordinate court where the order is ex facie perverse, where the question of jurisdiction is assailed, where the order ignores a law, or where the order does not comply with principles of natural justice such as cases where conclusions do not accompany reasons.

The logical inconsistency of the order

But the Supreme Court did indirectly what it could not do directly. It did not stay the Orders per se, but it stayed the precedential value of the Orders. The objective here is to clearly deter lower courts and other benches of the High Court from adhering to the Orders as a precedent to grant bail to others who are languishing in jail on similar charges.

The Indian Constitution has no basis for this. The Supreme Court rules of procedure and practice have no basis for this. Matters on like facts must be decided likewise, otherwise there will be no certainty in the justice system, and rule of law will become a casualty. This is most important in life and liberty matters (such as the instant case) because some of the first principles that the Constitution holds dear are at stake.

If the Supreme Court felt that the Orders are so faulty that they cannot be treated as a precedent, why did the court not pass an order setting them aside, providing detailed reasons for doing do?

Usually, the court before which a matter has come for adjudication will need to weigh the law and facts of a given matter, and see if an earlier judgment should be considered as a precedent or not. We cannot have a situation where the Supreme Court issues a diktat on what orders should subordinate courts consider as precedents and what orders they should not consider as precedents. Is that the task of the Supreme Court?

The Supreme Court may either uphold, stay, or set aside a judgment. Nor can we have a situation where a judge passing an order tells future judges whether to treat her order as precedents. As a rule, all orders passed by superior courts have a precedential value, unless they fall within one or more exceptions.

Practice of disavowing precedential value criticised by SC in April

In fact, a Division Bench of the Supreme Court, in its recent judgment in the case of Ramesh Bhavan Rathod vs. Vishanbhai Hirabhai Makwana Makwana (Koli) & Anr., LL 2021 SC 221, frowned upon this unusual practice of passing orders with the caveat that they not be treated as precedent. Justice Dr. D.Y. Chandrachud correctly pointed that the idea to not have precedential value in criminal matters is misplaced and could only be applied, if at all, in civil cases, especially in cases where orders are drawn based on consent of litigants.

This is what Justice Chandrachud had said:

The Delhi High Court’s Orders were a fine judicial moment because they lent much-needed lessons on personal liberty, and unambiguously outlined the legal jurisprudence around bail in India in the context of the Unlawful (Activities) Prevention Act, 1967. Regrettably, the Supreme Court turned this fine judicial moment into a painful one in no time.

(Ashish Goel writes regularly on legal issues. He also writes a blog on constitutional law and international tax. He holds an LL.M from King’s College, London. Goel was awarded the ‘Top 100 Lex Falcons 2021’ Award in Dubai in 2021. Goel may be reached at [email protected]. Views expressed are personal.)