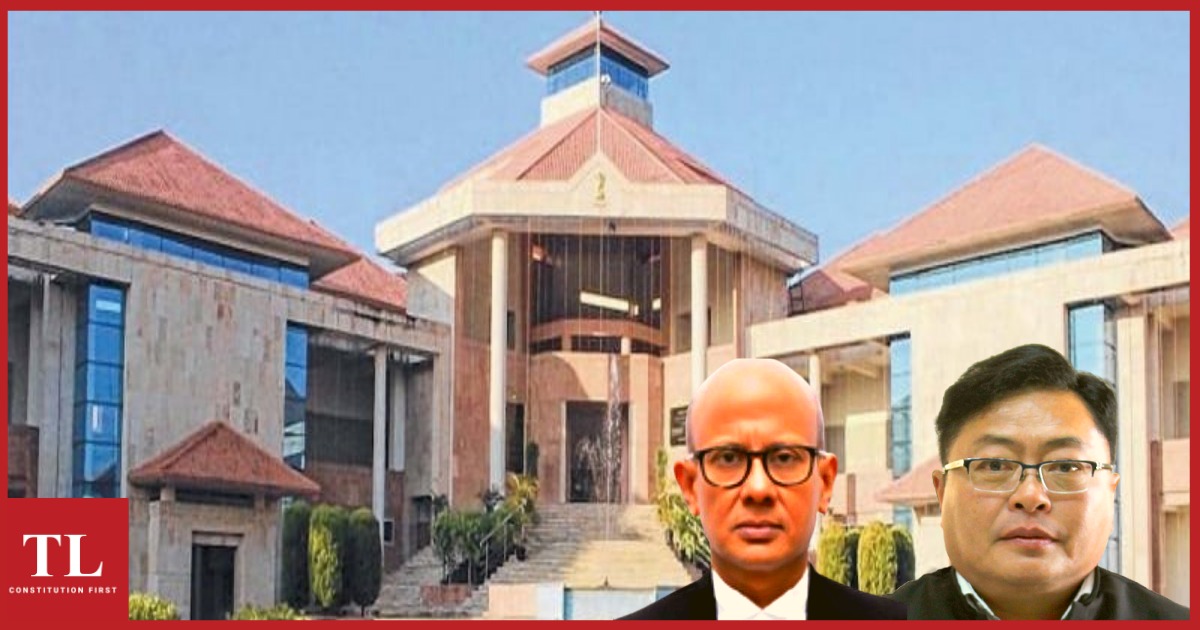 The Leaflet·May 3, 2021
Home
Due Process
Democracy and Rule of Law

THE Manipur High Court Monday held that the right to life under Article 21 of the Constitution would indubitably encompass the right of non-refoulment.

‘Non-refoulement’ is a principle of international law that provides a refugee or asylum seeker with the right to freedom from expulsion from a territory in which they seek refuge or from forcible return to a country or a territory where they face a threat to life or freedom because of race, religion, nationality, membership in a social group or political opinion.

A division bench of Chief Justice Sanjay Kumar and Justice Lanusungkum Jamir extended the protection of Article 21 to seven Myanmarese persons to grant them safe passage to New Delhi to enable them to avail suitable protection from the United Nations High Commissioner for Refugees.

The bench directed the state and central government to facilitate their travel to New Delhi and should not cause any obstruction.

The High Court was ruling on a petition filed by human rights lawyer Nandita Haksar, urging the Court to allow seven Myanmarese citizens, who entered India illegally, to travel to New Delhi to seek protection from the United Nations High Commissioner for Refugees (UNHCR).

Seven Myanmarese, including four minor children, fled their country fearing persecution and physical danger after the coup and the violence that broke out in their country recently.

The court said the media coverage that has surfaced from within Myanmar after the military coup, even if discounted to some extent, leaves it in no doubt that these Myanmarese persons, given their links with the banned Mizzima Media Organization, face an imminent threat to their lives and liberty if they return.

It said India may not be a signatory to the Refugee Convention of 1951, its obligations under other international declarations/covenants, read with Article 21 of our Constitution, enjoins it to respect the right of an asylum seeker to seek protection from persecution and life or liberty-threatening danger elsewhere. The petitioner’s prayer presently is only to safeguard that right by enabling the seven persons to approach the UNHCR in New Delhi for protection.

The court rejected the argument of both the state government and Centre that the seven individuals would first have to face the consequences of their unlawful act of entering India. Both governments relied heavily upon the Foreigners Act, 1946; the Foreigners Order, 1948; and the Registration of Foreigners Act, 1939 and said Constitutional freedoms available under Article 19 are limited to citizens and these seven persons cannot claim such freedoms under Articles 19(1)(d) and 19 (1)(e), with regard to moving freely or residing/settling in any part of the territory of India.

The bench opined the arguments made by the governments proceeded on a narrow and parochial consideration of the larger issues that arose in the case.

The seven individuals in question are not ‘migrants’, as normally understood, but are ‘asylum seekers’, the court pointed out.

“They did not enter our country with the clear-cut and deliberate intention of breaking and violating our domestic laws. They fled the country of their origin under imminent threat to their lives and liberty. They aspire for relief under International Conventions that were put in place to offer protection and rehabilitation to refugees and asylum seekers. In such a situation, insisting that they first answer for admitted violations of our domestic laws, as a condition precedent for seeking ‘refugee’ status, would be palpably inhuman”, the court held.

It also rejected the argument about the possible threat that these persons may pose to India’s security. The court said no material was produced to support that contention.

On the other hand, the documents placed on record showed that one of the couples had already been certified earlier as ‘refugees’ by the UNHCR and had remained in India with their sons, who also had such UNHCR certification, the court said. They had returned to Myanmar after peace was restored there. Similarly, one other person from among the seven had been sanctioned a ‘Visa Gratis’ by the Indian Government as recently as in January 2020, clearly indicating that he was not perceived as a security threat. “The contentions to the contrary are, therefore, purely speculative, born of a fertile imagination,” the court said.

The court said though India has no clear refugee protection policy or framework, it does grant asylum to a large number of refugees from nearby countries. It would be essential for these seven Myanmarese persons to first approach the UNHCR at New Delhi and only thereafter, the Union of India would be in a position to take a call on whether they can be granted refugee status and asylum in India, as was done earlier. In the alternative, the UNHCR would be at liberty to rehabilitate these people in host countries under the 1951 Refugee Convention.

In either event, the court held, these persons could not be made to face persecution, if not a threat to their very lives and liberty, by being deported to their home country.