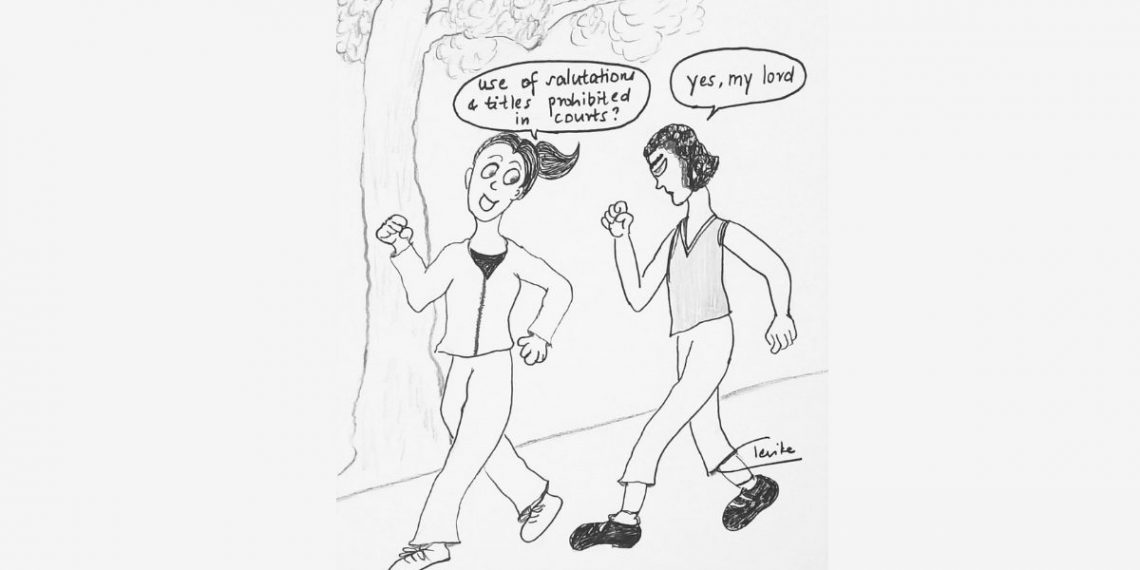 No more ‘Raja’, ‘Nawab’ or ‘Rajkumar’: Rajasthan High Court prohibits use of titles in courts and public offices

YOU could hail from a royal family, be a raja or a nawab – but these titles cannot be used in constitutional courts and public offices, according to a recent ruling of the Rajasthan High Court.

The court has held that the use of salutations and titles such as “Raja”, “Nawab” and “Rajkumar” in constitutional courts, other courts, tribunals, and public offices of the State is prohibited in terms of Articles 14 (right to equality), 18 (abolition of titles), and 363A (abolition of privy purses) of the Constitution.

“In the light of above, this Court holds that in Constitutional Courts, all other Courts, Tribunals, public offices of the State etc., the use of salutation and titles is prohibited in terms of Articles 14, 18 and 363A of the Constitution of India. The said restriction will also apply in the public domain as well as public documents & public offices.”

The matter came to Justice Sameer Jain’s attention after it noted that a respondent in the cause-title of a petition was addressed as “Raja Laxman Singh”.

Relying on constitutional provisions, the court pointed out that any title awarded to the citizen of India by a Foreign State cannot be accepted or used.

The Supreme Court observed in Balaji Raghavan as follows in Paragraph 31:

“Hereditary titles of nobility conflict with the principle of equality insofar as they create a separate, identifiable class of people who are distinct from the rest of society and have access to special privileges. Titles that are not hereditary but carry suffixes or prefixes have the same effect, though, the degree may be lesser. While other Constitutions also prohibit the conferment of titles of nobility, ours may perhaps be unique in requiring that awards conferred by the State are not to be used as suffixes or prefixes. This difference is borne out of the peculiar problems that these titles had created in pre-independent India and the earnest desire of the framers to prevent the repetition of these circumstances in Free, Independent India.”

While passing the direction, the court noted that the parties had not objected to the prohibition of titles in the public domain and in courts.

Justice Jain then proceeded to direct the petitioners to amend the cause title.

During a previous hearing in January, the court had asked the Union as well as the state government to respond on a limited issue – can titles such as ‘Raja’, ‘Nawab’, ‘Maharaja’, ‘Rajkumar’ be used as prefixes before courts post the insertion of the 26th Constitutional Amendment?

Before the high court, Advocate General M.S. Singhvi, appearing for the state, said that the government does endorse the view that the use of prefixes and suffixes, other than any military or academic distinction, are abolished and therefore, violative of Article 14.

He also submitted that the same cannot be used in public offices, constitutional courts, or in public domains, though the state has respect for the contribution and the public welfare, philanthropy offered by the royal families in the past.

The court directed the circulation of the order to the offices of the state Advocate General, Additional Solicitor General of the Union of India, Registrar General of the High Court and the state government for necessary action.