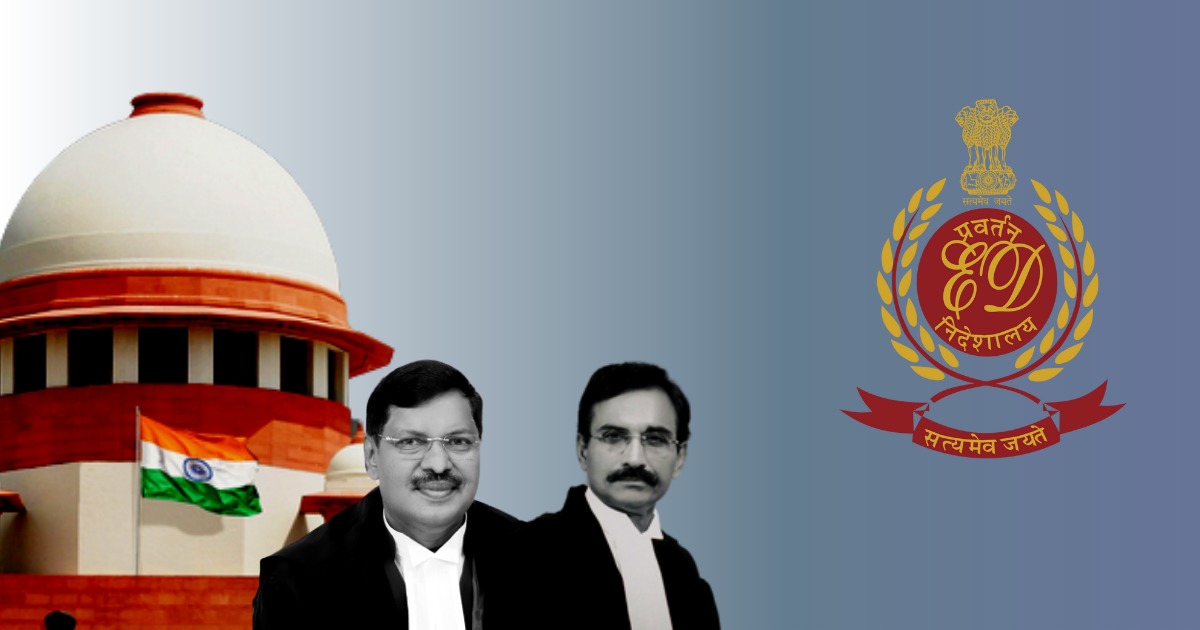 THE Supreme Court Wednesday refused to quash the Central Government’s order extending the tenure of Sanjay Kumar Mishra as Director Enforcement Directorate (ED) with retrospective effect, making it a three-year tenure against the initial two years, even though Mishra had attained superannuation in the interregnum i.e. before the expiry of two years.

The Court however clarified that Mishra would not be given any further extension beyond November 17 when he will be completing 3 years of the tenure.

“Any extension of tenure granted to persons holding the post of Director of Enforcement after attaining the age of superannuation should be for a short period. We do not intend to interfere with the extension of tenure of the second Respondent(SK Mishra) in the instant case for the reason that his tenure is coming to an end in November 2021. We make it clear that no further extension shall be granted to the second Respondent.”, the Court held.

It also held Section 25 (f) of the CVC Act has to be read as the tenure of office of the Director of Enforcement is for a minimum period of two years.

“There is no proscription on the Government to appoint a Director of Enforcement beyond a period of two years”, the Court ruled.

A bench of Justices L Nageswara Rao and BR Gavai was ruling on a petition filed by NGO Common Cause challenging the extension order issued by the Central Government.

The bench upheld the power of the Centre to extend the tenure of the ED director beyond superannuation of the incumbent provided it is done in rare and exceptional cases for a short duration.

“Though we have upheld the power of the Union of India to extend the tenure of Director of Enforcement beyond the period of two years, we should make it clear that extension of tenure granted to officers who have attained the age of superannuation should be done only in rare and exceptional cases. Reasonable period of extension can be granted to facilitate the completion of ongoing investigations only after reasons are recorded by the Committee constituted under Section 25 (a) of the CVC Act”, the bench held.

Mishra, an IRS officer was appointed as ED Director on November 17, 2019, for a fixed tenure of two years. The President last year however modified the earlier order to the effect that the tenure will last for three years, which means one more year for Mishra.

ED Director’s appointment is governed by the Central Vigilance Commission Act which provides that no person below the rank of Additional Secretary to the Government of India shall be eligible for appointment as a Director of Enforcement and the Director so appointed will continue to hold office for a period of not less than two years from the date on which he assumes office.

The Centre justified the extension of the tenure to Mishra on the ground that important investigations were at a crucial stage in trans-border crimes.

Advocate Prashant Bhushan appeared for the petitioner Common Cause and Union of India represented by Solicitor General Tushar Mehta.