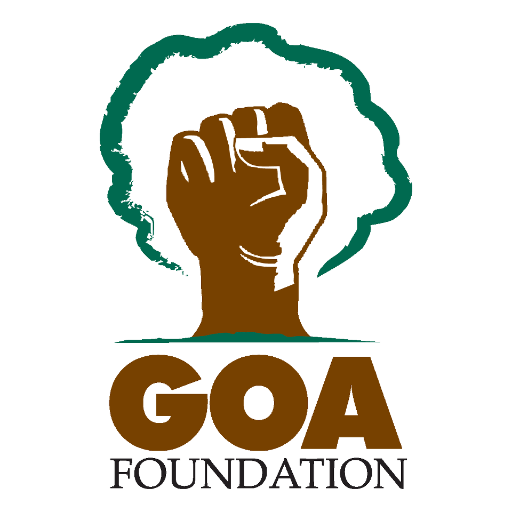 “No generation has the right to consume and exhaust the capital – the only right is to the fruit of the land” Rahul Basu of Goa Foundation speaks about intergenerational equity and permanent funds with Norma Alvares.

Goa Foundation has been at the core of public interest litigation in the context of natural resources. Landmark judgments in the Public Trust Doctrine (Fomento Resorts vs Minguel Martins) and the Intergenerational Equity Principle (WP 435 / 2012 – Goa Foundation vs UOI) have created the grounds for a new natural resource use paradigm. In essence, since natural resources are  shared inheritance, we, as owners & custodians must ensure future generations either inherit what we did, or if utilized by us, then its full value. The Goenchi Mati Movement is a people’s movement taking this concept forward. Rahul Basu is Research Director at Goa Foundation and a member of the Goenchi Mati campaign:

Norma Alvares: How did you get involved with the Goa Foundation and when did the issue of fair mining hit you?

Rahul Basu: We moved to Goa in 2008. Within a couple of years, I noticed that while Goa’s civil society was very active and generally made good proposals, the government quite clearly didn’t care. Now my background is in finance and management. I used the “5 Why” technique, and concluded that politicians didn’t care, as they were able to win elections with their money power. And the largest source of political money in Goa, was clearly from mining. So the politicians could say that they were democratically elected and represented the will of the people. I started volunteering with Goa Foundation in early 2011, working mostly on mining issues.

The Shah Commission Report was released in Sep 2012, and we filed WP 435/2012, soon after. The Shah Commission showed how illegalities were rampant, and the rapid extraction could finish the minerals within 9 years! We also submitted numerous scientific studies showing dramatic impacts on the environment.

During the hearings, the Supreme Court asked for a practical way to implement the Intergenerational Equity principle. Eventually, an Expert Committee was set up. We started looking around the world to see what others have done when faced with similar questions. That’s when we stumbled across the idea of the Permanent Fund – the minerals may be exhausted, but the wealth made from their disposal or sale will always remain for future generations.

NA: How does the Goa Foundation envision fair mining?

RB: In April, 2014, the WP 435/2012 (Goa Foundation v UOI), filed by the Goa Foundation – an environmental NGO – to combat illegal mining in the State of Goa, resulted in the SC issuing an array of landmark directions to address illegalities rampant in the mining industry. Two incidents distinctly stand out in this regard.

First, mining in Goa was declared illegal post-2007, for functioning sans valid leases. Second, the Court ordered an interim cap on mining as well as the creation of the Goan Iron Ore Permanent Fund, within which 10% of the sale proceeds of iron ore excavated in the State of Goa and sold by the lessees must be appropriated, for the purpose of sustainable development and inter-generational equity.

The SC judgment in WP 435/2012 created a global precedent for implementing intergenerational justice. At the same time, the judgment also gave Goa a unique opportunity – 5 years of fully illegal mining meant a large amount recoverable (conservatively estimated at Rs. 65,000 crores) – plus a clean slate, starting with fresh mining leases. This gave Goa the space and capital to design and implement a superior mining regime, one that would benefit the present and future generations of Goa as rightful owners.

Since 1990, over 100 countries have reformed their mining laws significantly. The Goa Foundation proposed an improved mining framework for Goa based on the best practices globally. This included recovery of amounts due to illegal mining, a significantly lower level of extraction in order to ensure availability of mining work for future generations, as well as to safeguard the environment, prioritizing extraction from old overburden dumps and restoration of closed mines, concentrating mining in 1 or 2 areas and most importantly, ensuring that the entire capital is captured and saved in the Permanent Fund.

NA: Can you explain the role of the Permanent Fund?

RB: Take for instance, your family gold, handed over from generation to generation. No one generation feels it has the right to sell if off entirely and then consume or spend all that cash. If you do sell portions of it, you will invest the money in some other permanent asset like land. But first, you  sell the gold, without any loss. You sell the asset at its full value. Every paisa received is then invested in the land. If necessary, the land may be kept fallow to maintain its fertility. If this is done, then when we cultivate on it, we are entitled to consume the crop, but our children would still inherit the land with its productivity intact. Anything less and we would be cheating our own children.

In a similar vein, we argue that minerals are shared inheritance. Mining is the sale of our collective family gold. We must therefore ensure zero loss while selling it. The money received must be saved in a new asset akin to land. The Permanent Fund is essentially an endowment fund, with the objective of earning maximum returns. Just as we keep land fallow to maintain its value, income must be reinvested in the corpus to ensure the true value of the capital is protected against inflation. Finally, since we all own the minerals, we all also own the Permanent Fund created from the minerals, as also  the income from the Permanent Fund. It is only natural that this be paid out as a commons dividend, a Citizen’s Dividend, equally to all as a right of ownership.

NA:How do the Public Trust Doctrine and Intergenerational Equity fit in?

RB: We argue that these principles should be followed by any owner of an inheritance, whether individual, family, tribe or state. Under the Constitution, minerals are largely owned by the States, while offshore minerals are owned by the Centre. In addition, under the Public Trust Doctrine, States own natural resources as a trustee on behalf of the people and especially future generations.

The Intergenerational Equity principle essentially requires that future generations inherit at least as much as we inherited. In simple terms, the State is the trustee, and the people and future generations are beneficiaries. And no generation has the right to consume and exhaust the capital – the only right is to the fruit of the land. The capital must be handed forward intact to our children. If we follow these principles, then all States in India will have Permanent Funds for their people.

NA: Wow, I would want that as well. How does it change governance?

RB: During the proceedings of WP 435/2012, we estimated using audited financials of mining companies, that the system of mining leases had resulted in the loss of over 95% of the value of our minerals. This value was calculated after deducting all extraction costs and a generous return on assets. Over 8 years, the Government of Goa received less than 5% of the mineral value as royalty – a pittance in comparison to the windfall profits raked in by the mining companies. Worse still, even the pittance received was treated as windfall revenue and frittered away – a total loss for our children. The Goa Foundation has estimated the resultant loss to the public to be approximately Rs.3.7 lakhs per person over an 8 year period. This is effectively a per-head wealth tax, imposed equally on billionaires and beggars. Incidentally,few mining families got rich.

We anticipate that the Citizen’s Dividend will create a link between the people and their minerals. We will take an interest in monitoring mining and stopping this unfair loot of our children’s future.

NA: How does GF envision the implementation of the Permanent Fund?

RB: We propose that the Goa Iron Ore Permanent Fund be extended to cover all receipts from mining, and to cover sales of all minerals. Hence, we propose renaming it the Goenchi Mati Permanent Fund.

The goal of the permanent fund is firstly to preserve the corpus and then to earn income beyond that. The question that follows then, is how do we protect the corpus of the fund from mismanagement and theft. The primary risk stems  from those in charge: the politicians & the investment managers.

We propose that the PF should be included within the National Pension Scheme, and implemented through the Pension Fund Regulatory and Development Authority (PFRDA). There are a few reasons. First, the NPS is professionally invested by ICICI, HDFC, SBI AMCs. The investment managers compete for business – politically directed investments become difficult. Also, since most government employees’ retirement savings are in the NPS, they provide a second level of protection against thieves. Lastly, if people move from one State to another, it would be very easy to deal with it if all the PFs are administered through the NPS.

NA: Is the Permanent Fund the same as the District Mineral Foundation (DMF) compulsory now under the amended mining regulations of 2015?

RB: People often confuse the two, which is unfortunate. The DMF was set up for the benefit of mining affected people and areas. Thus, the DMF is a spending fund for alleviating the damage caused by mining.

Simply put, the DMF compensates for damage to environmental assets. The PF ensures the family gold – or its whole value – is inherited by our children.

Rahul Basu is Research Director at Goa Foundation and a member of the Goenchi Mati campaign.