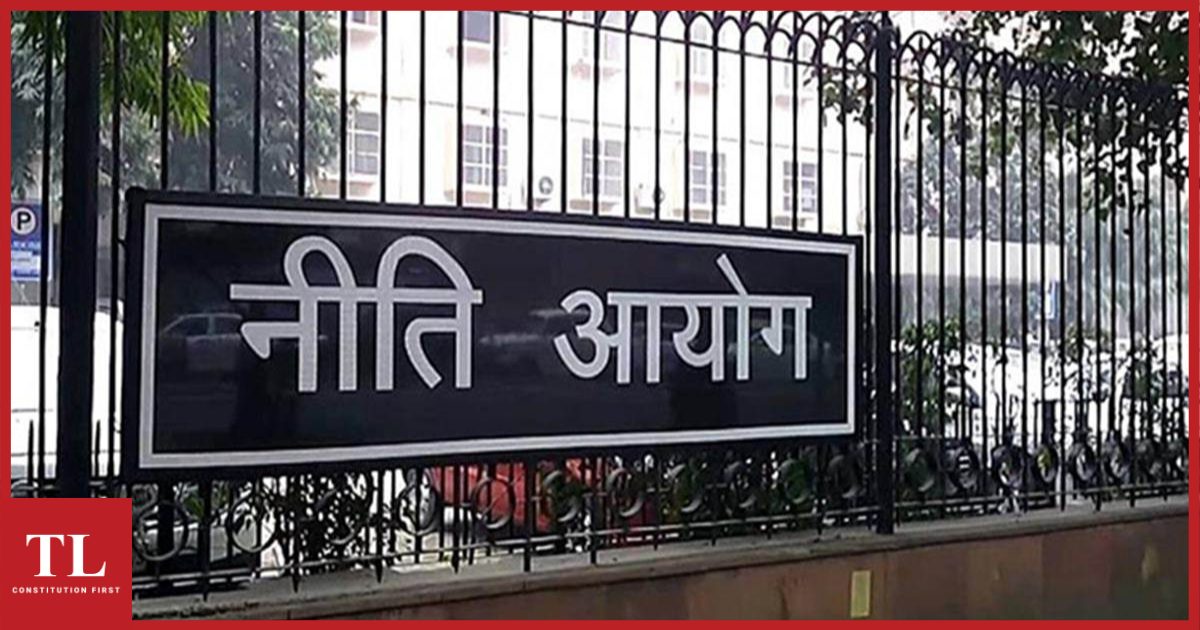 Keeping in mind the present-day realities of internal migration, Niti Aayog’s draft policy on the subject lays down institutional mechanisms to coordinate between ministries, states and local departments to implement programmes for migrants. More importantly, it says that policies should promote the role of panchayats to aid migrant workers and asks source states to raise minimum wages to bring a major shift in the local livelihood of tribals, writes DR KINGSHUK SARKAR.

THE second wave of Covid is hitting the country hard with the number of infections increasing every passing day. The spectre of a second nationwide lockdown is looming large on the horizon. There are apprehensions of reverse migration happening again as some states have already resorted to partial lockdown.

Unpleasant memories, particularly visuals of tired migrant workers witnessed a year back, are haunting us again. The question facing us is whether we can avoid the large exodus of migrant workers again. Have we have learnt our lessons? Do you need a national migrant workers’ policy? Do we need a separate policy for migrant workers at all? These are questions that are relevant in the present context.

There is a draft national policy on migrant workers formulated by Niti Aayog which is available in the public domain. There is also a government working group report on the same subject released in 2017.

The draft policy prescribes two types of approaches: one focussed on cash transfers, special quotas and reservations, and the other which “enhances the agency and capability of the community and thereby remove aspects that come in the way of an individual’s own natural ability to thrive”.

The draft policy nullifies handout approach and prefers a rights-based framework. The policy urges “to remove restrictions on true agency and potential of the migrant workers”. The goal, it says, “should not be to provide temporary or permanent economic or social aids”, which are perceived as “a rather limited approach”. Migration, as perceived in the draft, “should be acknowledged as an integral part of development” and “government policies should not hinder but…seek to facilitate internal migration”.

This is in conformity with the approach recommended in the Report of the Working Group on Migration, released in January 2017 by the Ministry of Housing and Urban Poverty Alleviation.

The report said that the movement from agriculture to manufacturing and services was inherently linked to the success of migration in the country.

The 2017 report opined that protective legislation for migrant workers was not necessary and has become irrelevant in the present context. It says that “migrant workers should be integrated with all workers as part of an overarching framework that covers regular and contractual work”.

The report highlighted the inherent limitations of the Inter-State Migrant Workmen (ISMW) Act, 1979, which was designed to protect labourers from exploitation by contractors by safeguarding their right to non-discriminatory wages, travel and displacement allowances and suitable working conditions.

The 2017 report questioned this approach, given the size of the country’s unorganised sector. It called for a comprehensive law for these workers, which would form the legal basis for social protection. This was in line with the recommendations of a 2007 report by the National Commission for Enterprises in the Unorganised Sector under the Ministry of Micro, Small and Medium Enterprises.

The NITI Aayog’s policy draft also argued on similar lines and prescribed that the ISMW Act 1979 should be amended keeping in mind present-day realities of internal migrations. The NITI draft lays down institutional mechanisms to coordinate between ministries, states and local departments to implement programmes for migrants.

It identifies the Ministry of Labour and Employment as the nodal ministry for implementation of policies and asks it to create a special unit to help converge the activities of other ministries.

Migration focal points should be created in various ministries, the draft suggests. On the inter-state migration management bodies, it says that labour departments of source and destination states along major migration corridors should work together through the migrant worker cells. Labour officers from source states can be deputed to destinations – e.g., Bihar’s experiment to have a joint labour commissioner at Bihar Bhavan in Delhi.

Even as it underlines the key role of migration in development, the draft recommends steps to stem migration; this is an important difference with the 2017 report.

The draft asks source states to raise minimum wages to “bring a major shift in the local livelihood of tribals… (that) may result in stemming migration to some extent”.

The absence of community building organisations (CBO) and administrative staff in the source states have hindered access to development programmes, pushing tribals towards migration, the draft says. The “long-term plan” for CBOs and panchayats should be to “alleviate distress migration policy initiatives” by aiming “for a more pro-poor development strategy in the sending areas…that can strengthen the livelihood base in these areas”.

Alongside the long-term goal, policies should “promote the role of panchayats to aid migrant workers” and integrate urban and rural policies to improve the conditions of migration. Panchayats should maintain a database of migrant workers, issue identity cards and passbooks, and provide “migration management and governance” through training, placement and social-security benefit assurance, the draft says.

Need to Create a Database

Both the 2017 report and the new draft stress the need for credible data. The draft calls for a central database to help employers “fill the gap between demand and supply” and ensure “maximum benefit of social welfare schemes”.

It asks the ministries and the Census office to be consistent with the definitions of migrants and subpopulations, capture seasonal and circular migrants and incorporate migrant-specific variables in existing surveys.

Both documents see limited merit in the Census data that comes out only once a decade. The 2017 report called on the Registrar General of India to release migration data no more than a year after the initial tabulation and to include sub-district level, village level and caste data. It also asked the National Sample Survey Office to include questions related to migration in the periodic labour force survey and to carry out a separate survey on migration.

The policy draft describes a lack of administrative capacity to handle issues of exploitation. State labour departments have little engagement with migration issues, and are in “halting human trafficking mode”, the draft says.

“The local administration, given the usual constraints of manpower, is not in a position to monitor… (This) has become the breeding ground for middlemen to thrive on the situation and entrap migrants.”

The draft points to the legal support and registrations tracking potential exploitation in Nashik and certain blocks in Odisha; it also flags the poor supervision of migration trends by anti-trafficking units in Chhattisgarh and Jharkhand.

The draft asks the Ministries of Panchayati Raj, Rural Development, and Housing and Urban Affairs to use tribal affairs migration data to help create resource centres in high migration zones.

It asks the Ministry of Skill Development and Entrepreneurship to focus on skill-building at these centres.

The Ministry of Education should take measures under the Right to Education Act to mainstream migrant children’s education and to provide local-language teachers in migrant destinations. The Ministry of Housing and Urban Affairs should address issues of night shelters, short-stay homes and seasonal accommodation for migrants in cities.

The National Legal Services authority and Ministry of Labour should set up grievance handling cells and fast-track legal responses for trafficking, minimum wage violations and workplace abuses and accidents for migrant workers.

It is pertinent to ask two questions:

*One, what did India learn about its internal migration patterns in this process and why could we not avoid the disastrous reverse migration? *Two, if, god forbid, another similar crisis were to happen again, would we be able to respond better and take better care of migrant workers?

#1: As of 2020, according to Prof S Irudaya Rajan (Centre for Development Studies, Kerala), India has an estimated 600 million migrants. In other words, roughly half of India is living in a place where it wasn’t born. To further put this number in perspective, if one imagines all these migrants as one nation, then not only would that nation be the third-largest country on the planet — that is, after China and India — but it would be roughly double the size of the fourth-largest nation on the planet — the US.

#2: But this doesn’t mean that 600 million people were crisscrossing between Indian states in 2020. That’s because the bulk of the internal migration in India is within one district itself. An estimated 400 million Indians “migrate” within the district they live in. The next 140 million migrate from one district to another, but within the same state. And only about 60 million — that is, just 10% of all internal migrants — move from one state to another.

(Dr. Kingshuk Sarkar is an independent researcher and also works as a labour administrator with the Government of West Bengal. He earlier served as a faculty of the VV Giri National Labour Institute, Noida and NIRD, Hyderabad. The views expressed are personal.)