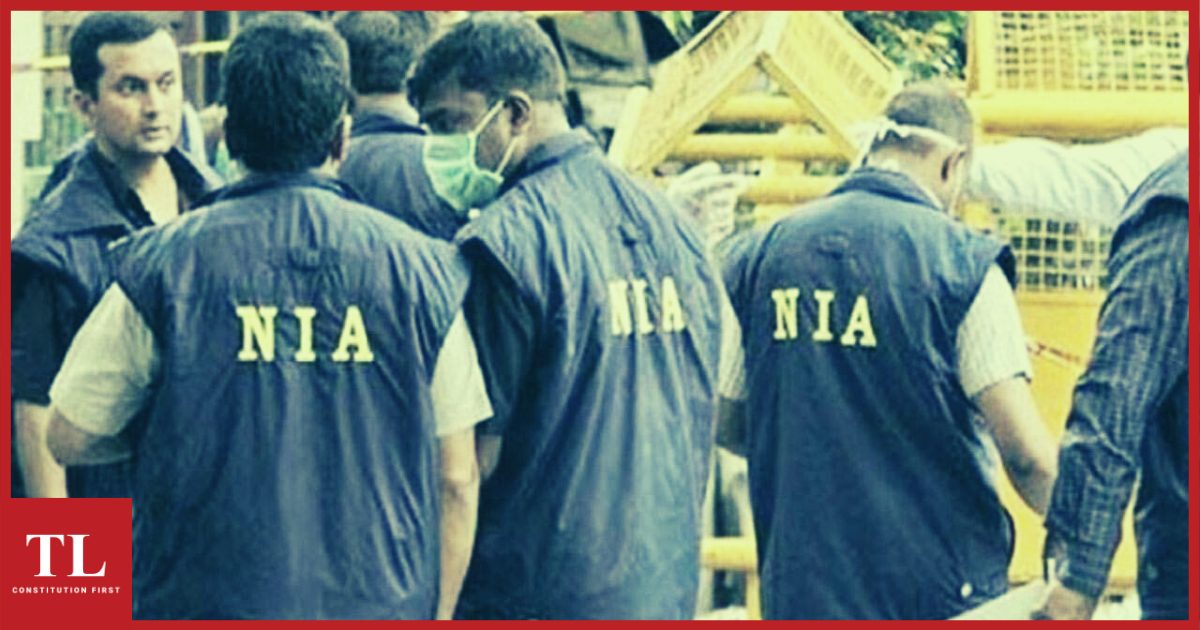 On 31st March & 1st April 2021, the National Investigation Agency (NIA) raided the homes of at least 33 human rights and civil liberties activists, members of women’s groups, Dalit organizations, labor unions, and social and cultural movements in 31 locations spread across Andhra Pradesh and Telangana. The NIA alleged that the activists were all supporters and “front organizations” of Maoists. These raids resemble the ones carried out in the Bhima Koregoan case.

A second FIR, Cr. No. 606/2020, dated 24th of November, 2020 was also lodged by the AP police in the Piduguralla PS in Guntur district under similar sections of the IPC, UAPA, APPS, and the Arms Act in Guntur District. The Munchingaput FIR names 64 accused, with 19 additional names included in the course of the investigation, making it a total of 83 accused. The Piduguralla FIR lists 27 people as accused, who are also mentioned in the Munchingaput FIR.

During the raids, the NIA seized 40 mobile phones, 44 SIM cards, 70 storage devices, 184 CDs/DVDs, 19 pen drives, tabs and audio recorders, passwords of emails, and social media accounts. The NIA also interrogated each of the 31 persons named in the FIR.

The FIR which led to the raid is based on an alleged confession given to a police officer, alleging conspiracy to further Maoist (terror) activities, spreading Maoist ideology amongst youth, unemployed and young women, planning police attacks, and questioning the Government for its policies. However, it must be noted that no actual “terror or terrorist” incident has taken place.

The accused have been alleged to have “conspired” to support and help the activities of Maoist organizations.

Before the raid, over ten activists were arrested in AP and Telangana. Six of these, namely Pangi Naganna, Anduluri Annapurna, Jangarla Koteswar Rao, Manukonda Srinivasa Rao, Rela Rajeswari, and Boppudi Anjamma are also named in the second FIR. Additionally, 23 people who approached the Andhra Pradesh High Court were granted an interim stay from arrest in the same matter.

In the past few years, the NIA has frequently stepped in to take control of UAPA cases in states which are not governed by the BJP. Under the NIA Act, the National Investigation Agency (NIA) needs no permission from the state government to take over criminal cases which involve offences also listed in the NIA Act. Since the offences in the Munchingaput FIR had sections of the UAPA, which is listed in the schedule of the NIA law, the agency took over cases without informing the Andhra Pradesh state government.

This is similar to what happened in the Bhima Koregaon cases, which were initially being investigated by the Maharashtra state police, in the then BJP ruled government.

However, following general election to the Maharashtra state Assembly in November, 2019 there was a falling-out of the Shiv Sena from the BJP, and the Shiv Sena formed an alliance with the Nationalist Congress Party and the Indian National Congress under the alliance banner ‘Maharashtra Vikas Agadi.’

The new government hinted that it would review many of the politically motivated cases registered by the erstwhile administration. This prompted the Union Home Ministry headed by Amit Shah of the BJP, to announce on 25th January, 2020, that the NIA was taking over the Bhima Koregaon cases without consulting the state government. Immediately thereafter, the trial till then being held in Pune courts was transferred to the special NIA court in Mumbai.