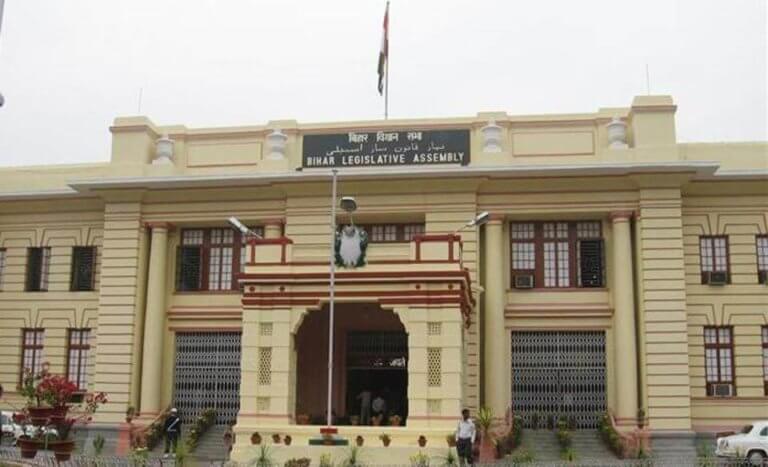 Negation of a mandate – if one of the parties tries to form an alternate government by joining hands with the opposition, is it constitutionally sustainable?

The political developments in the State of Bihar leading to the fall of the government, which was voted to power in 2015 with a massive majority and the formation of a new government with the help of the opposition party raise certain fundamental issues pertaining to the mandate of the people which is the raison d’tre of a representative government.

A political party either singly or in Association with like minded parties forms the government after obtaining the mandate of the people in an election.   The party which does not get such a mandate sits in the opposition where they oppose the policies and programmes of the government.  The mandate is only for that party or the combination of parties which fight the election together and get a majority. So, when such combination of parties breaks up and is unable to work together, the most logical thing for them to do is to go back to the people and seek a fresh mandate for a new combination.  But on the contrary if one of the parties tries to form an alternate government by joining hands with the opposition is it constitutionally sustainable?  This question needs to be seriously debated by the country.

It is not unnatural for an alliance of parties to break up somewhere along the way on some serious issues.  Normally efforts are made to patch up those differences.  Only when the differences become irreconcilable, the final parting of ways happens and the government falls.  It has happened on too many occasions in our states in the past.

When it happens the politicians suddenly get in on the act and knock together a government by bringing together the most unlikely partners, all in the name of providing a stable, transparent, corruption free government to the people.  In this process, the party which sat in the opposition because the people denied it an opportunity to form the government, becomes a part of the government.  The mandate of the people is made to sand on its head!  The justification for this exercise is that the people have given the mandate for five years and therefore it is our duty to give them a government, whatever be the permutations and combinations that may be worked out to make it possible.  The most ridiculous thing is that this approach has political as well as judicial sanction.  In fact the governor of a state is believed to be invested with almost a divine authority to try and facilitate the formation of an alternative government even if such a government does, in a fundamental sense, negate the original mandate of the people.  It simply means that the governor thrusts on the people a government which they never voted to power.  Seeking a vote of confidence for such a government on the floor of the Assembly is the most atrocious thing to happen.

An interesting question arises in this context.  Can the legislators act in complete disregard of the mandate they received?  Do they enjoy that kind of unbridled freedom to act in any manner they like?  Of course neither the constitution nor the Representation of People Act deals directly with this question.  However, the 10th Schedule provides a little clue to the constitutional policy on this matter.  Para 2(2) of the 10th Schedule says that a person elected as independent will be disqualified if he joins a party after such election.  The logic of this provision is simple.  The people have elected him as an independent as against the candidates of political parties.  He got the mandate to be an independent. So against that mandate if he joins a political party, he will lose his membership of the House.  This is the consequence of acting against the mandate of the people.  This logic should apply to a situation where a party after getting the mandate of the people, breaks with the allies and joins hands with the party in the opposition and forms a new government.  The party in the opposition does not have the mandate of the people to either run the government or be a part of the government.  The party which forms the government with the help of the party in the opposition has no mandate to do so either.  The parties which run the government can do so only if they have such a mandate from the people.  A legislator is bound by the compulsions of his mandate.

“But in India the political class seems to believe that once elected they are absolutely free to act in any manner they like.  If this is allowed, we will have the constitutional monstrosity of having government in office which do not have a mandate to rule though they may have knocked together a majority in the House.  The judiciary or constitutional pandits have so far not examined this dichotomy.”

It is precisely to avoid this dichotomous situation that the constitution makers enacted Article 172 and 83 (2).  The words “unless sooner dissolved” show clearly that the constitution requires the legislature to be dissolved and fresh mandate to be obtained without waiting for the completion of 5 years when the legislature and the government. exhaust the mandate.  In fact the constitution of India does not empower the legislators to ignore or defy this mandate and form governments merely to serve their short term political interests.  Representative governments cannot be sustained by a mere legislative majority.  The unbroken link between the legislature and the people’s will is the most crucial factor which makes democracy the perfect political system.  When that link is snapped, people’s mandate should be sought again to re-establish it.  Any other course of action will undermine the foundation of representative democracy.

P.D.T Achary is the former Secretary General of the Lok Sabha.