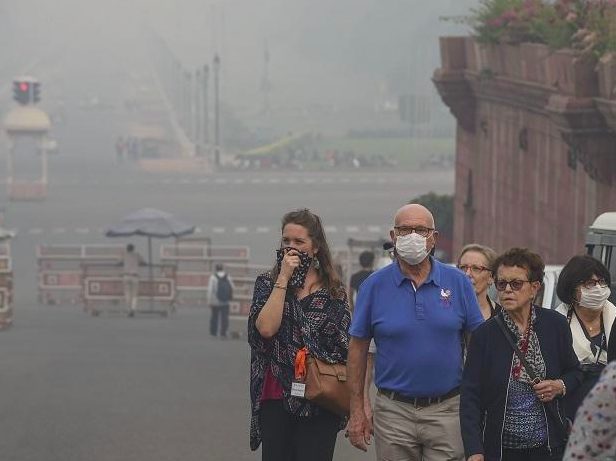 The National Clean Air Plan (NCAP), which was launched in 2019 for improving air across 102 polluted cities, is likely to fail in delivering its objective, a new analysis by the Legal Initiative for Forest and Environment (LIFE) has found. The analysis found that the state-level intervention—drafting and implementing state action plans—has not been initiated. No steps by either central or state authorities have been taken for formulating the plans. While national-level air quality monitoring and city action plans have proven to be ineffective, the state action plans have not been formulated at all.

National- and city-level actions followed unscientific approaches by not considering rural air pollution or local pollution sources. These findings have been published in a six-report series on the NCAP.

“Our analysis shows that India is yet to have an Action Plan to clean up the air. NCAP is a national action plan only in name—it covers less than 5% of the cities, leaves out rural areas and does not focus on the state as a whole. Each and every component of NCAP till date has been either failure—whether it is monitoring, City Action Plan or State Action Plan,” Ritwick Dutta, managing trustee of LIFE, said.  The very fact that none of the state governments and even the CPCB is even aware of the statutory requirement of preparation of the State Action Plan reflects the casual approach of all authorities and lack of seriousness.” He recommended  a thorough independent review of what has happened in the last two and half years of implementation of NCAP,” he further added

According to the NCAP document, “state action plans for control of air pollution” had to be prepared by the 23 states that have non-attainment cities, jointly with the Ministry of Environment, Forest and Climate Change (MoEFCC) and the Central Pollution Control Board (CPCB). LIFE’s report finds that out of the 17 states that were sent queries under the Right to Information Act 2005, none have formulated these plans, the deadline for which was 2020. From the response it is clear that none of the states were even aware that a state action plan had to be prepared.

The report adds, “A cause of concern is the fact that all of them barring Maharashtra and Andhra Pradesh have interpreted State Action Plan as a compilation of individual city action plans prepared for their respective non-attainment cities.” Guidelines for state action plans were  to be made by the MoEFCC and CPCB by 2019 but  CPCB in  June 2021 stated that the guidelines are yet to be framed. These details are provided  in the report “Neither Action Nor Plan”.

The NCAP targets only non-attainment cities for air pollution reduction which leaves most of the polluted cities and landscapes out of the scope of the plan. It is for this reason that the state action plan becomes important. While state action plans have not been formulated, the actions that have been initiated are also fundamentally flawed in their approach.

One key intervention under the NCAP was to increase air quality monitoring across India. This included increasing manual monitoring stations from 703 to 1500 across 4000 cities, adding 150 real-time continuous monitoring stations across 45-50 cities in the Indo-Gangetic Plains, and 100 stations in rural regions.

The spending on manual monitoring stations is unjustified, according to LIFE’s “Up in the Air” report. It states, “Manual monitoring system records data less frequently and has higher scope of error and delay. Despite the more efficient Continuous Ambient Air Quality Monitoring Station technology (CAAQMS) , the government plans to spend a larger sum of allocated money on the outdated manual monitoring operation.”

The report also finds unjust preference to urban areas in monitoring, despite the equally high levels of air pollution in rural areas. The report says that Delhi has 48 monitoring stations against the 42 required while heavily polluted Korba (Chhattisgarh) has none. In addition to this, NCAP plans only 100 stations in rural areas where almost 66.7% of India’s total population resides.

The  report adds that ignorance of smaller cities and rural areas amounts to environmental injustice. Sunil Dahiya, Analyst with Centre for Research on Energy and Clean Air (CREA) highlighted, “It is a sad truth that the manually monitored air quality data from most of the existing approximately 800 stations have not been made available by the concerned SPCBs and other agencies in a consistent and transparent manner . There is also absence of  any common platform for aggregation of this data with minimum lag.” He said that in light of poor performance on data transparency for NAMP (National Air Monitoring Programme) data from the pollution monitoring agencies, it becomes important to establish more real time and transparent data collection and sharing protocols which can only be possible with extensive network of CAAQMS spread across the width of the country.”

The identified non-attainment cities, where pollution levels exceed the National Ambient Air Quality Standards, 2009, also drafted respective city action plans under the NCAP. Many gaps were detected in the review of  five  cities’ —Ghaziabad, Noida, Pune, Kolkata, Guwahati—plans . LIFE’s analysis, published in four reports, concludes that none of the plans has taken into account the city-specific pollution sources while formulating policy actions.

For example, a source apportionment study for Pune gave crucial insights on pollution-causing activities, but the city’s action plan does not consider them. Further, most plans reiterate existing policies rather than targeted and nuanced interventions. Notably, the city plans provide a unique opportunity to take a decentralised approach to air pollution control, where regional/local-level factors and insights can dictate action. Analysis shows that this opportunity was not utilised. For instance, all the five city action plans failed to take into account industrial pollution from neighboring regions that add significantly to the city’s pollution.

According to LIFE’s analysis, none of the five cities has elaborated on construction-related pollution and waste. This not only shows the plans are poorly designed but also that nearly six years old rules (Construction and Demolition Waste Management Rules, 2016 )  have not been complied with. “For a country known globally for its poor air quality, the NCAP is unfortunately among the least ambitious clean-up programs in the world. Even if all the targets are met, NCAP will not make any difference in the quality of air in most cities and landscapes in India. However, even these very modest targets are unlikely to be met. This is because of the lack of seriousness on part of all the implementing agencies in meeting NCAP targets,” LIFE report states.