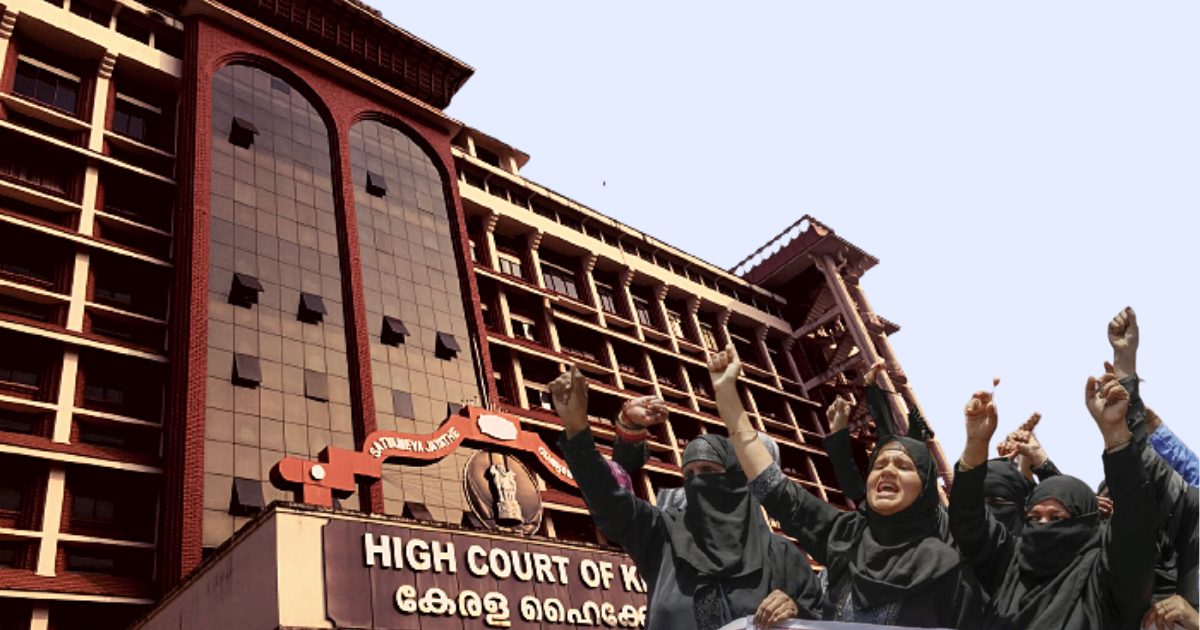 The Kerala High Court’s recent judgment on the rights of Muslim women to divorce their husbands through extra-judicial means is reminiscent of early Islamic society’s treatment of women. NABEELA JAMIL writes about the many ways women can exercise their right of divorce under Islamic and Indian law today.

EARLIER this year, the Kerala High Court clarified that Muslim women’s Islamic right to invoke extra-judicial divorce is well-recognized legally in India in terms of the Shariat Act of 1937. The High Court felt the need to clarify on this particular issue in the background of its judgment from 1972 in the case of K.C. Moyin vs. Nafeesa that negated the right of Muslim women to invoke extra-judicial divorce in light of the Dissolution of Muslim Marriages Act, 1939.

In K.C. Moyin, the Court held that under no circumstances could a Muslim marriage be dissolved at the instance of the wife, except in accordance with the provisions of the 1939 Act.

With this in mind, it is important to discuss the different forms of divorce available to a Muslim woman in India.

At the very outset, I would like to clarify that this is not an attempt to critically analyse the judgment, but rather to elucidate all methods of divorce available to Indian Muslim women keeping in view the current articulation put forward by the Kerala High Court.

It is common knowledge that Islamic society was the first to provide its women the right to divorce, dating as far back as the seventh century.

What is not commonly known are the forms of divorce acknowledged by the Islamic system.

Dissolution of marriage under Indian law

There are various forms of dissolution of marriages at the instance of the wife as recognized under Islamic law and protected under the Shariat Act.

In India, illa and zihar are of no practical importance (these were the types of dissolution/annulment of marriages originally found in pre-Islamic Arabia that Islam recognised). Illa is when a husband takes an oath not to have sexual intercourse with his wife. After the expiry of four months of such abstinence, a marriage is dissolved according to Hanafi law. However, in Ithna Ashari (predominant within the Shia sect) and Shafi law (Sunni Sect), legal proceedings are necessary for dissolution after four months of abstinence.

An analogy in this regard can be derived from the provision of renouncement of worldly life under Section 13 (1)(vi) of the Hindu Marriage Act, 1955. Illa is an obsolete form in India and there are no case laws on the subject.

Also read: What the Triple Talaq law means to the lives of Muslim Women

In zihar, the husband swears that his wife is like his mother, which was regarded as an insult in Arab society, and a wife could obtain divorce on this ground. Zihar also has no significance in India. From the very beginning, the sub-continent has not subscribed to these forms.

Lian (mutual imprecation) is when a husband accuses his wife of infidelity, and is liable to punishment for defamation (qadhf) unless he proves his allegation. In case of failure to prove such an allegation, the wife can file a suit for dissolution of marriage.

Talaq-e-Bidat (instant triple talaq) having been criminalized now, talaq-e-Ahsan and talaq-e-Hasan are recognized forms of divorce for Muslim men under Indian Law.

The remaining forms are talaq-e-tafwiz (or talaq-e-tafwid), khula and faskh. Faskh (dissolution by decree), in Indian law, is only through a Court of Law and not a Qazi, as per the Shariat Act and the Supreme Court’s 2014 decision in the Vishwa Lochan Madan case. Mubaraat is another way of dissolution of marriage by mutual consent of the parties.

In a Muslim marriage, the prenuptial contract (nikahnama), which is often reduced to ijab and qubool can be used to stipulate specific conditions by the wife. Upon violation of these conditions, she is entitled to divorce without the intervention of a court. This is called talaq-e-tafwiz or authorized contingent divorce.

A Muslim woman can stipulate conditions such as if her husband marries another woman without the consent of the first wife, she will have the right to dissolve the marriage extra-judicially by her own action, or that she can demand a monetary compensation/an increased amount of meher (dower payable to a Muslim wife by her husband), as per her wishes. A bride is free to put conditions in her nikahnama which becomes binding on the husband upon the solemnization of the nikah.

The essence of this form of divorce is that the marriage agreement authorizes the wife to divorce the husband in the event of breach of any of the conditions agreed to at the time of marriage.

The decision of the Kerala High Court

Khula is a form of divorce conferred upon the wife along the lines of talaq being conferred upon the husband. Unlike Talaq-e-tafwiz, there is difference of opinion among the scholars of Islam on the issue of the manner in which khula has to be effected.

(i) A declaration of repudiation or termination of marriage by the wife;

(ii) An offer to return dower or any other material gain received by her during the marital tie;

(iii) An effective attempt for reconciliation was preceded before the declaration of khula.

The Court further observed that a Family Court can endorse an extra-judicial divorce to declare the matrimonial status of a Muslim. In matters of talaq, khula, mubaraat, and talaq-e-tafwiz, the family courts shall entertain such applications moved by either or both parties to declare their marital status. In matters involving unilateral dissolutions of marriage, invoking khula and talaq, the scope of inquiry before the family courts is limited.

In such proceedings, the court shall record the khula or talaq to declare the marital status of the parties after due notice to the other party. If any person wishes to contest the effectiveness of the khula or talaq, such person is free to do so using appropriate means provided for under applicable laws. In matters of mubaraat and talaq-e-tafwiz, on being satisfied that the dissolution is being effected on mutual consent, the family court, without further inquiry, shall declare the marital status of the parties.

Thus, an Indian Muslim woman, apart from getting a decree for the dissolution of her marriage under the Dissolution of Muslim Marriages Act as per the enumerated grounds, can also attain divorce through extra-judicial methods in consonance with both, Indian law and the Islamic faith. She can get conditions added in her nikahnama for talaq-e-tafwiz, andcan initiate divorce by way of khula. She can also get a divorce by mutual consent by way of mubaraat.

Notably, Prophet Muhammad, a father of four daughters and a man known for his compassion, was lenient in matters of marriage and divorce. His own daughters, just like many other women, were shown immense empathy, when they approached him on matters of divorce and separation.

There are various incidents that are reported from the life and times of the Prophet wherein Muslim women approached him, the primary legislator, for a divorce even on unique grounds such as lack of knowledge of the husband to a husband not being attractive to the wife. In all such cases, divorce was granted to them.

Correction: An earlier version of this article incorrectly referred to the Shariat Act of 1937 instead of the Dissolution of the Muslim Marriages Act, 1939 at a couple of instances. It also laid out an incorrect position with regard to zihar.

(Nabeela Jamil is an alumnus of Faculty of Law, Jamia Millia Islamia. She practices law in Delhi. The views expressed are personal.)