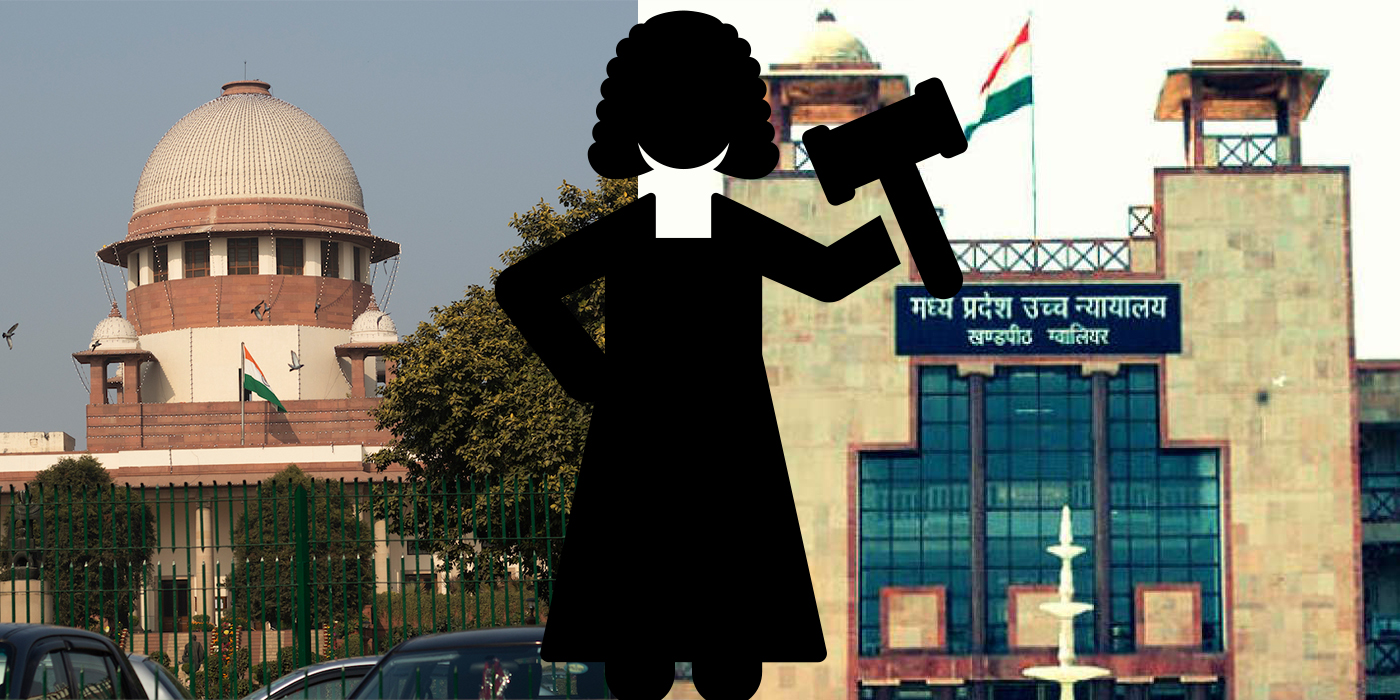 [dropcap]I[/dropcap]N a dramatic development in the case of Additional District Judge, Ms. X versus Registrar General, High Court of Madhya Pradesh, a bench of Justices A K Sikri, Abdul Nazeer, and M R Shah, recused themselves from hearing the matter further, after they had almost concluded the hearing. Both parties had been heard, and Senior Advocate Indira Jaising on behalf of the Petitioner was continuing her rejoinder submissions.

The petition raised the question of the forced resignation by the ADJ following her complaint of sexual harassment by a sitting judge of the High Court.

The ADJ was transferred from Gwalior, a category “A” city to Sidhi, a category “C” city, in violation of the Transfer Guidelines of the High Court. These guidelines also made provisions for the deferment of a judicial officer’s transfer, if she had a daughter studying in the final year of school or university, and the said educational institution did not have any hostel facility. At the relevant time of her transfer, the ADJ had a daughter studying in the XII standard and the school did not have hostel facilities.

A representation made by her to defer the transfer on that ground was rejected unlawfully.

A second representation made by her to be posted in a category “B” city, which she was entitled to as per the Transfer Guidelines was also rejected.

Under such circumstances, following from allegations of sexual harassment against a sitting High Court judge, and being transferred in violation of the transfer policy, the lady ADJ had resigned.

Subsequently, following a demand made by 60 Members of Parliament, a motion of impeachment of the Judge was admitted by the Rajya Sabha. A Judges Inquiry Committee (JIC) — consisting of Justice Banumathi, the present Attorney General K K Venugopal, and Justice Manjula Chellur, the then Chief Justice of Bombay High Court — was set up.

The JIC held that although the charge of Sexual Harassment was not proved “beyond reasonable doubt”, however, the committee did hold that the transfer was irregular, hurried, and punitive. The JIC observed and recommended that “she has to be reinstated” if she so wishes.

Challenging this order of the Full Court, Jaising, representing the ADJ, argued that the resignation was a deemed termination as it was given under conditions of coercion. The woman judge was compelled to choose between her career and the wellbeing of her daughter.

Being the primary caretaker of her two daughters, she owed a duty to them to see them through their education. The Guidelines of the High Court itself gave special attention to the girl-child for whose education in Standard XII, the serving officer could not be transferred.

The Transfer Committee was headed by Justice Rajendra Menon, the current Chief Justice of the High Court of Delhi. Justice Rajender Menon , when cross examined admitted that he had rejected the lady ADJ’s representation for deferring her transfer without reading the documents annexed with it.

During the hearing before the JIC, three sitting High Court judges, including Justice Rajendra Menon and Justice Jaiswal, were cross-examined and one District and Sessions Judge was also cross-examined. Another unique feature of the case was that a retired Judge of the Supreme Court, Justice Deepak Verma, gave evidence in her favour and was cross-examined by Counsel for the judge accused of sexual harassment, Sidharth Luthra.

Following this, the matter was listed before the Supreme Court today, February 21, 2019. The hearing commenced at 10:30 am, and continued till 1:00 pm.

As the hearing continued, Mr. Srivastava for the High Court of MP argued that no fundamental right was violated and the petition was not maintainable.

Senior Advocate Jaising in her rejoinder submitted that this was no ordinary case but one in which the court had to consider that there was no mechanisms in place to entertain complaints by woman judges of sexual harassment by sitting judges.

Jaising argued that the case raised issues of great constitutional importance since there is no mechanism for woman judges to complain about sexual harassment by sitting judges of High Courts. It has been held by some courts that the Vishaka judgment does not apply to judges, hence the mechanism of an Internal Complaints Committee does not apply to an allegation of sexual harassment against a judge.

She said that the Transfer Order violated Article 14 as it was manifestly arbitrary, unjust and unfair. It also violated the right to non discrimination based on sex and the lady ADJ’s right to work. She submitted that given the circumstances udder which she give her resignation, it was a deemed termination and a constructive discharge and she should be reinstated. It was in public interest that a good woman Judicial officer should not be lost to the judiciary .

Liberty was granted to the Petitioner Ms. X to mention the matter tomorrow, February 22, 2019, before the Chief Justice of India, Ranjan Gogoi.

It has been five years since the lady ADJ first complained of discrimination to the Chief Justice of India, and her battle continues as with the order of recusal of the Bench of Justices Sikri, Nazeer and Shah, the matter would have to be argued afresh before a new bench.